Some of the oldest male war stories in the modern world are showcased in Stork Theatre’s Iliad adaptation, The Rage of Achilles.

Humphrey Bower’s athletic form paces and prowls the crucifix-shaped promontory, shrouded in clay-coloured camouflage nets. Barely falling silent, he recounts the tale of war, wounds, and male camaraderie. It’s a marathon effort. Not once does he lose focus or the rapt attention of a full house. Rubbing sand in his face, bawling on the floor at the god’s cruelty to mortals, or raging in battle — all is laid bare for us in this blockbuster of heroes.

The masculinity of Achilles and Hector (or other characters he voices — Paris, Patroclus, and the old father Priam) is up front and centre. As is the golden-coloured warrior helmet sitting hollow on the stage floor, awaiting his grasp.

The construction of men as warriors, husbands far from home trapped in an economy of bloodshed, is the real story here. Campfire nights are their few gentle moments. 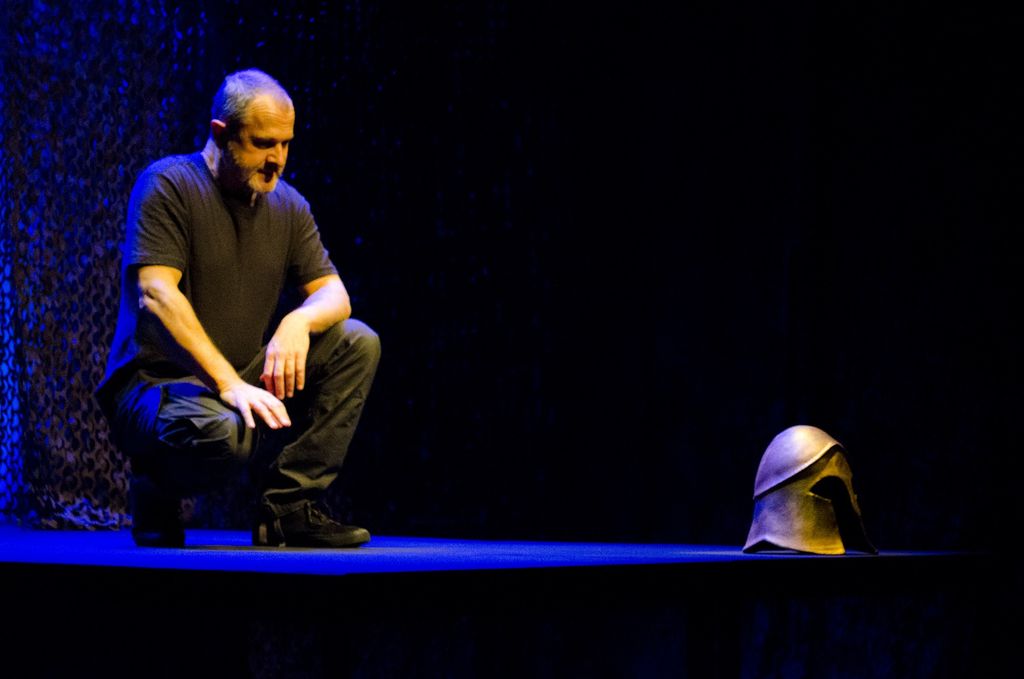 The ancient bloodshed between the Greeks and the Trojans is recounted again for us. Paris’ love for history’s earliest beauty queen, Helen of Troy. Parental love for a son. The fall of Troy. The pantheon of gods who betray and deceive also figure. It’s a Grecian greatest hits you will know bits and pieces of — and at 80 minutes, the elegiac oratory casts a spell. Bower astounds with his effort.

Get to grips with Greek drama and gorge yourself on the bloody leftovers. It is a treat to have such seminal works so carefully presented for us locally. Sound and lighting subtly enhance the muddy terrain and the plains of war. It’s stunningly shown in the deep hall of the Courthouse Theatre.

I felt the walls fall apart, so strongly did Bower bring these men to life, so powerful his vocal delivery. All the great war movies owe their first debt to Homer and this work. Go see The Rage of Achilles so you can know Western literature’s first warrior heroes!

Film Review: ‘The Family’, a fascinating investigation into a bizarre Australian cult