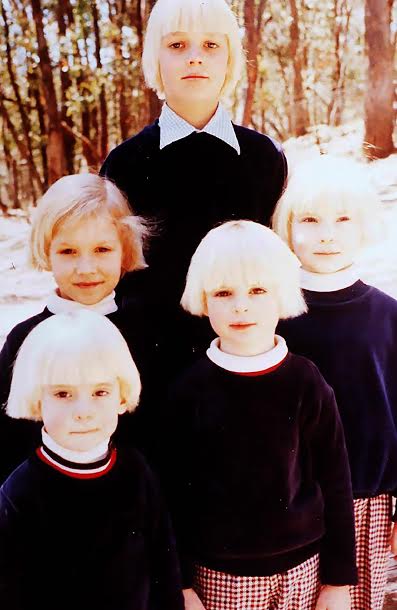 Win a double pass to see The Family!

The best documentaries find a good story and tell it well. Effective journalism is about clean execution of the facts and making sure the audience stays fully informed every step of the way.

Rosie Jones’ The Family is a profoundly moving and ambitious piece of work that, while occasionally widening the scope a bit too much, serves as an important investigation into one of Australia’s most bizarre cases of child abduction.

In the 1960s, Victoria’s Lake Eildon became home for Anne Hamilton-Byrne and ‘The Family’, a new-age-y cult full of young children being prepared for the coming apocalypse. Hamilton-Byrne and her husband used a variety of methods to obtain children, often from birth. They employed bureaucratic loopholes, psychological manipulation, and a particularly convoluted brainwashing method involving LSD, dry ice, and tricking medical professionals into believing that Hamilton-Byrne was Jesus Christ reincarnated in the female form.

Jones takes a wide approach to telling the story, attempting to pack in as many of the facts of the case that she can. The parts that work, work very well. Interviews with former members of ‘The Family’, now middle-aged, are equal parts fascinating and heartbreaking.

Their idiosyncratic speaking styles convey the ‘mental scarring’ an ex member believes they have all suffered. One man gestures wildly when he talks while another survivor’s mannerisms are controlled to the point of being almost robotic. We witness the effects of childhood trauma writ large. It’s hard to watch, but you’re not likely to turn away.

Tying the documentary together is the story of the police investigation. Detective Lex de Man tells of his decades-long struggle to investigate the cult throughout the 60s, 70s, and finally in the 80s when the Eildon property was raided by police. The film also includes eerie footage of the children, dressed identically, their hair bleached blonde, running and playing together in the woods. (We learn, later, that Hamilton-Byrne starved the children and would reward them with food if they pretended to enjoy themselves on camera.)

Two of my favourite documentaries, Citizenfour and Capturing the Friedmans, both take a minimalistic approach to their subjects, never letting the scope widen to the point that they lose sight of what they were originally looking at. Unfortunately this documentary doesn’t always maintain a tight focus. Jones’ wide scope tries to incorporate so many stories from so many points of view that trying to keep it all together in your head is dizzying. What this spate of details does do, however, is baffle the viewer into a state of disbelief: Did all of this really happen?

It did, and disbelief is one of The Family’s most rewarding effects. Rosie Jones’ documentary is currently the best source we have on ‘The Family’. The film may be confusing, but so was the reality. Definitely check this one out.

The Family will be officially released at the Lido cinemas on 23 February 2017.

Win a double pass to see The Family!

Disclosure: The Plus Ones were invited guests of Ned & Co.
Image credit: Ned & Co.

Bang Bang at the Rifle Club opens with a bang

See ‘The Rage of Achilles’ come to life with Stork Theatre