Finucane & Smith’s Glory Box: Lucky 13 held at Arts Centre Melbourne as part of Midsumma was a dazzling variety show of acrobatics, dance, circus and performance art rolled into one highly-sexual and fascinating package.

From the very start when ringleader and Madame of the show Moira Finucane (whose performance involving a meat pie and squeezy sachets of tomato sauce will stay with us for a long time) strode out on stage with eerily long fingers, we knew this was going to be an unique performance.  Her spoken word poetry during all this madness was an exceptional touch. 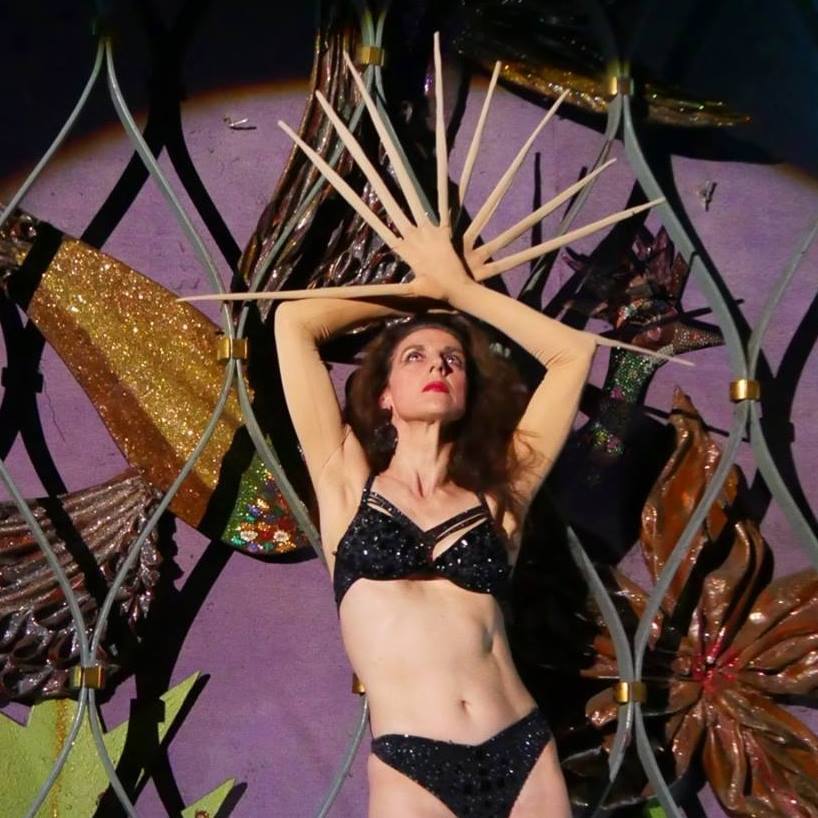 Various theatrical spectacles seamlessly melded into each other over the course of the night. We witnessed a drunken drag king stripping to The Divinyls, an aerial act that would have fit perfectly in a Tim Burton film, and the most sexualized balloon-popping art piece we have ever seen (yes, we have seen others).

We were lucky enough to attend on a night when Cirque de Soleil star Mark McLauchlan performed his pole acrobatics, contorting his body in ways that had the audience gasping. Other nights of this performance featured an 82-year old singer, Ethiopian circus stars, genderfluid tenor diva Mama Alto and self-proclaimed Princess of the Northern Territory (and excellent singer) Kamahi Djordon King aka Constantina Bush.

Whatever the night, you are in for a show unlike anything you have seen before with Finucane & Smith.

Disclosure: The Plus Ones were invited guests of The Arts Centre.
Image credit:

‘Take a Seat’ at The Butterfly Club