While most of Melbourne is only just getting over their New Year’s Eve hangover, we thought it would be a great idea to kick off 2017 with a live show from one of Australia’s most known bands: The Avalanches.

After a sold-out series of shows across Australia – and headlining New Year’s Eve sets at The Falls Festivals around the country – we were quite excited to see what would happen at the group’s first Melbourne gig of the year. This tour is on the back of their latest album Wildflower, which came out last year after an exhausting 16-year wait.

Held at the excellent Melbourne Town Hall, which is one of our favorite live music venues in Melbourne, the audience was buzzing with excitement. 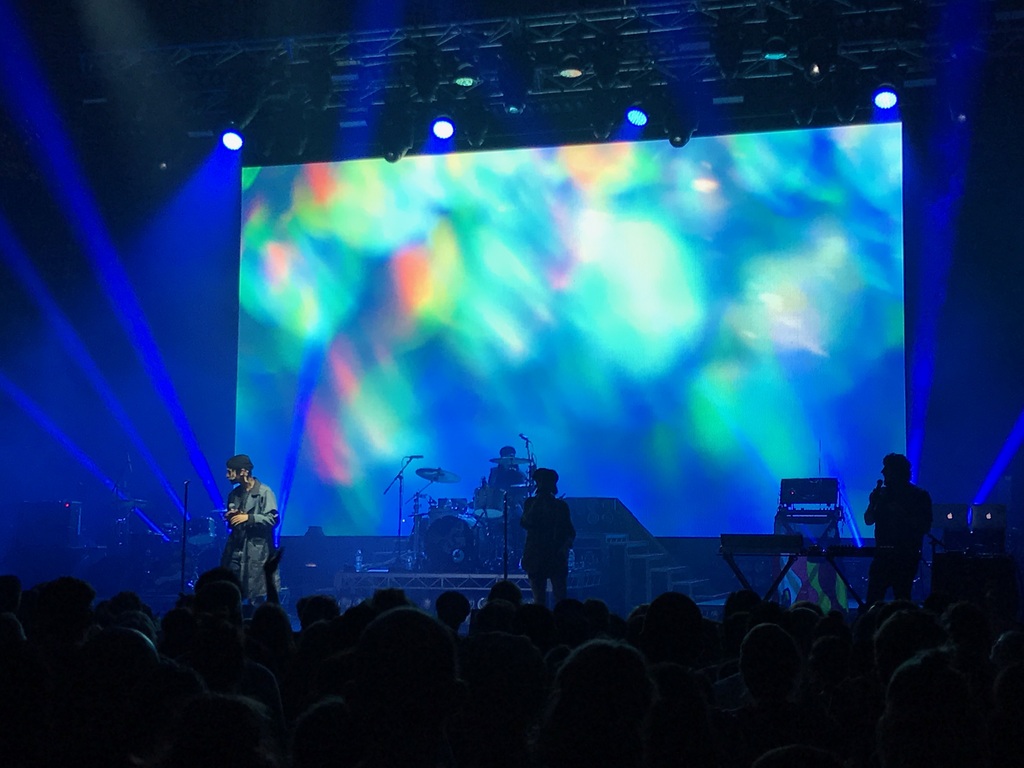 Supporting the main act was Bajan-American hip hop DJ Grandmaster Flash. Flash is well regarded as a pioneer in the music industry, so much so that his group Grandmaster Flash and The Furious Five are the first hip hop artists to ever be inducted into the Rock and Roll Hall of Fame. His set was everything we could have wanted. Our favorite tracks had to be some of his biggest ever hits including a song that will be stuck in our heads (and yours if you follow the link) for the next month: ‘The Message‘.

It wasn’t long until The Avalanches made their way onto the large stage. They didn’t waste any time in getting started with a nice mix of their old and new material. Unsurprisingly, their biggest tracks ‘Since I left You‘, ‘Frankie Sinatra‘ and the classic 2000’s hit ‘Frontier Psychiatrist‘ had us and the audience most excited. Another Melbourne local, Oscar Key Sung, joined the band on stage for a few tracks.

We would be surprised if The Avalanches didn’t get at least one new song into Triple J’s Hottest 100 this year. Despite such a long gap between albums, the group still have lots of music that makes people happy. We were glad to have been part of the experience.

Disclosure: The Plus Ones were invited guests of Secret Service PR.
Image credit: The Avalanches and Tomas Zagoda.

Sugar Mountain: The Plus Ones’ Guide