If you have ever considered renouncing goodness and training to become a demon, The Screwtape Letters is a great place to start. Based on The Chronicles of Narnia author C.S. Lewis’s popular satire, it concerns the letters between an elder demon, Screwtape, and his young nephew, Wormwood. The latter is tasked to secure the damnation of a young man known as ‘The Patient’. The varying degrees of conversion are canvassed via an animated correspondence, shown in a stylised production that is tight and well-crafted.

An active Christian, Lewis published each letter in a 1941 weekly Anglican periodical. In 31 letters, Screwtape counsels the path away from a good life, with the temptations any ordinary person would encounter in a life. He is an administrator in Hell, and acts as a mentor to his inexperienced nephew on how to become a tempter. Each ends each letter with a madcap sign off: ‘Affectionately Yours, Screwtape’. 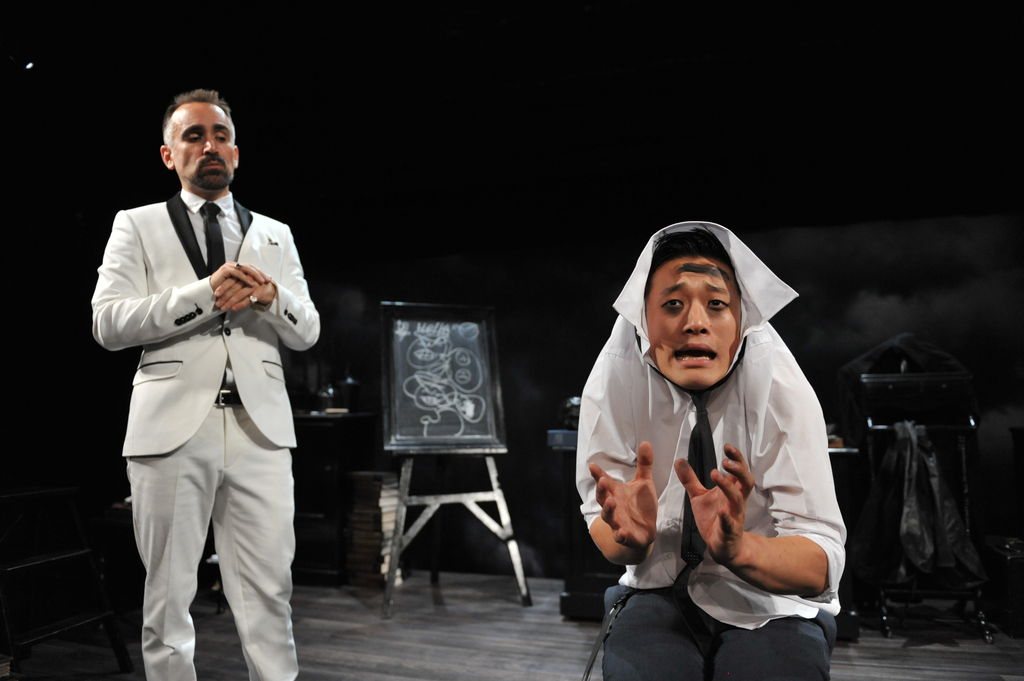 The actors move about the stage and deliver their lines with aplomb. Everything on stage has its place, as does the precise terminology and language of the prescriptions of the uncle. Set and costumes are deluxe, with a stark black palette against a rear projection of blue and white clouds in sky. White suits and shirts are trimmed in black or accessorised to emphasise that contrast between the godly or damned.

A packed house in the high-roofed Loft Theatre at Chapel Off Chapel marvelled at Isabella Andronos’ luxurious set, with all furniture painted black — the desk, academic swivel-chair, boxes, bookcases, pulpit and other accoutrements of the elder demon’s privy quarters.

Adam Jones’ excellent sound design facilitates the action atop the proscenium resembling a 3-D video game come-to-life. This play is a marvel of production delights. 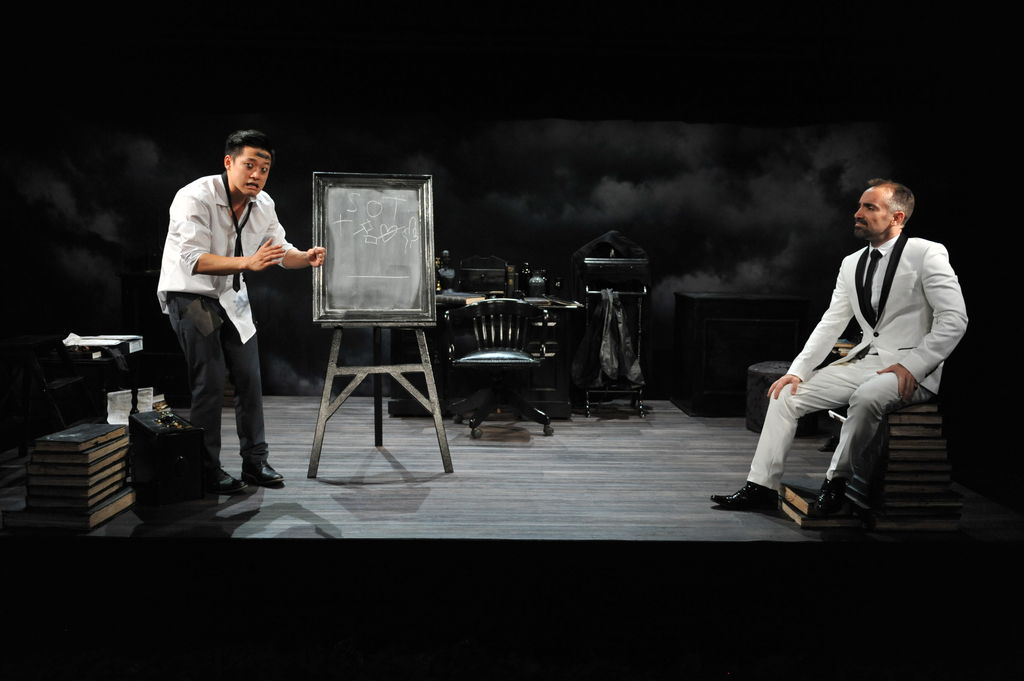 Downstage is covered with piles of giant books, upon which the impish junior demon, played by The Family Law comic actor George Zhao, crawls and sits. Wormwood’s delightfully wayward path under, across and on the stage, as yin to Screwtape’s yang, brings creativity to the straightened world of the high moral (and immoral) elder demon.

He speaks little, unlike his lecturing uncle, drawing instead on expert clowning to bring his character to life. Using slapstick and mime, he brings energy to the staid academic setting of Screwtape. An experienced commedia dell’arte actor, Zhao delights us with his blackboard emoijs, use of costume as prop, clever accents, and bodily contortions.

This older tale seen in contemporary times calls to mind today’s politicians and their claims to the higher moral ground…and what follows. Leaving demons aside, the fool is often wisest.

Affectionately yours,
The writer

‘Illusionaire’: a remarkable evening of magic at a unique location