The Terminus Hotel hosts one of my favourite beer events — the Craft Beer Showdown. The event has proven so popular that it’s become a series, with the Victorian Lager-Off as the latest instalment. Eleven breweries from around Victoria poured generous samples of beer and exchanged jovial banter in a competition to be crowned the lager champion. With a three-month tap contract prize awarded to the People’s Choice winner, everyone was motivated to share the lager love. 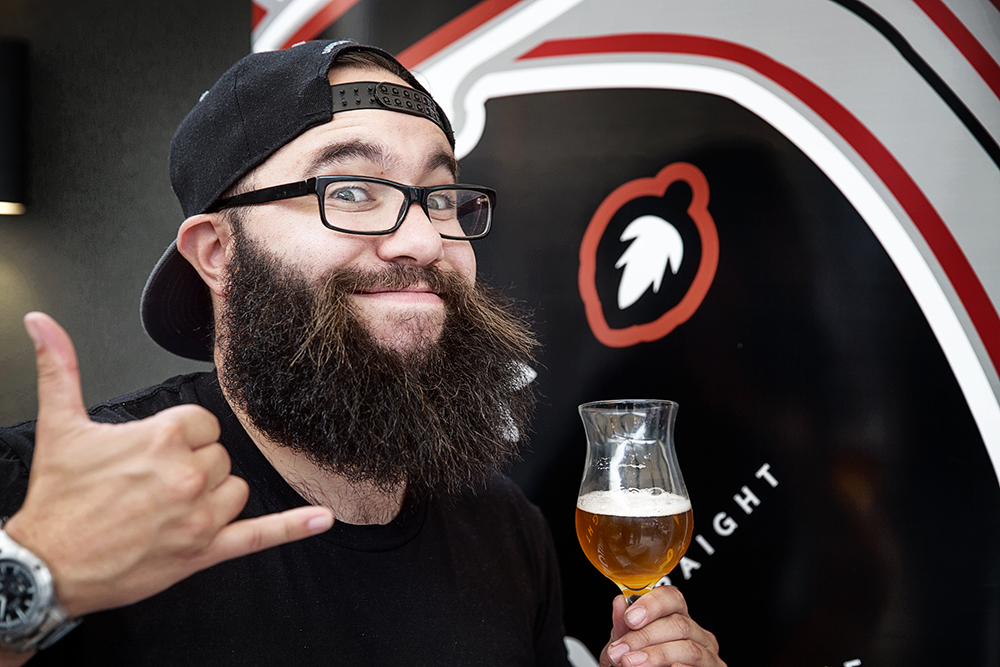 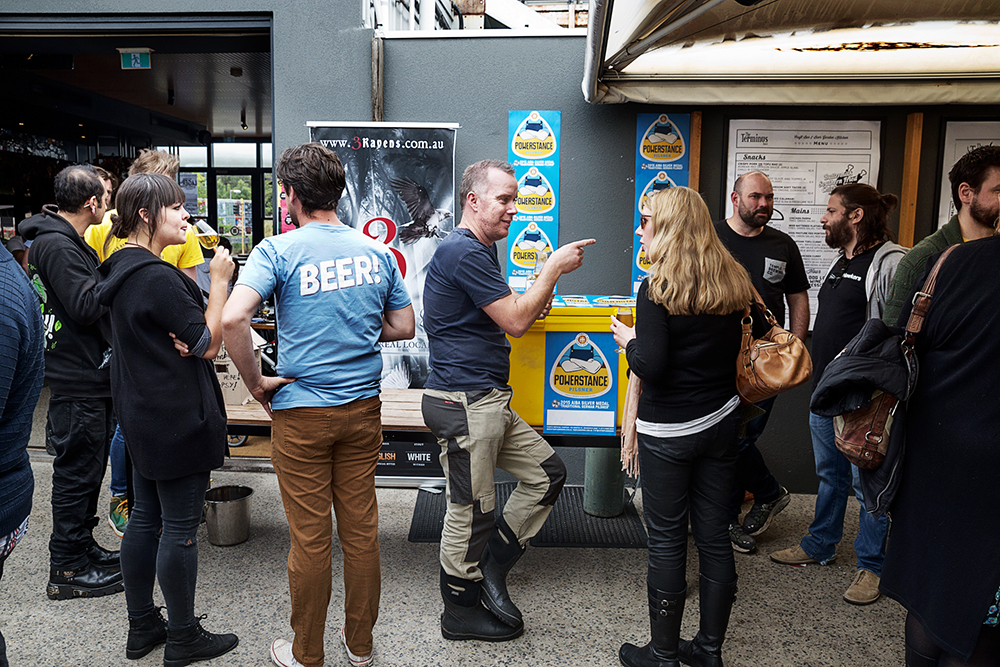 3 Ravens Brewery proudly stated that they used all Australian ingredients to produce their fantastically fresh Thornbury Lager. Head Brewer at Temple, Glenn Harrison, took a more traditional approach and brewed the Powerstance Pilsner with all German ingredients. (Lagers were first produced in Bavaria hundreds of years ago.) Powerstance spends eight weeks in tanks at the brewery – which makes it more expensive to produce, but delivers a clean, smooth beer. Fury and Son’s New World Pilsner represented three continents with Australian malt and German and American hops for a honey dew melon flavour. 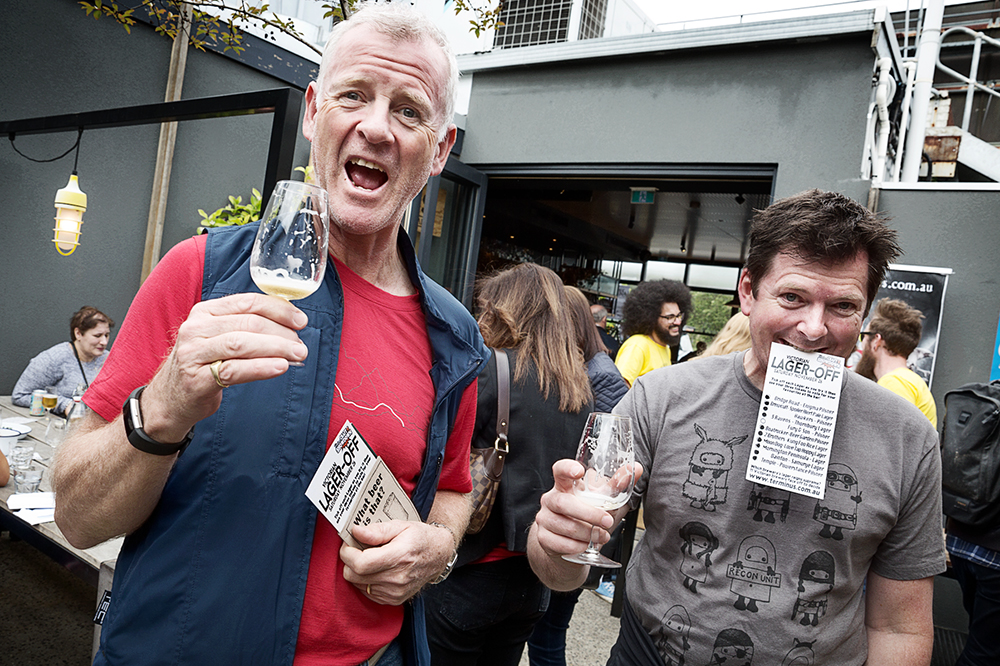 When the votes were counted Fury And Son (a new brewery that just launched their first beers in August) claimed first in a photo finish ahead of 3 Ravens. Taking third was 2 Brothers‘ Kung Foo Rice Lager. (With true ninja stealth, somehow both my plus one and I managed miss sampling this beer.)

But the breweries weren’t the only ones winning prizes. There were also ridiculously good raffle items, including slabs of beer, t-shirts, bar vouchers, and tickets to the Ballarat Beer Festival. When my plus one scored second prize, I immediately informed her I was coming over to help her drink her winnings. 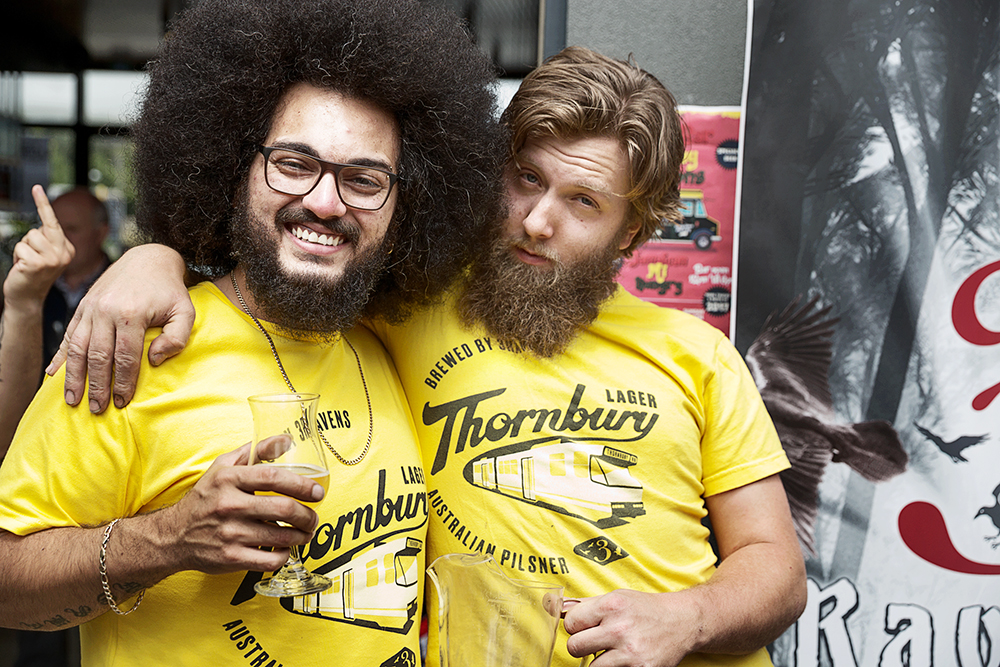 The next Craft Beer Showdown theme is big. This time it will be a competition for ‘best brewery’ and will determine who goes through to the epic Vic Versus the World Good Beer Week event.

Disclosure: The Plus Ones were invited guests of The Terminus Hotel.
Image credit: Paul Griggs.

Julia Jacklin performs to a sold-out audience at Howler