Ah, Chekhov. Where hanging out with your loved ones can become a drag, ending in tears. Where supposed good times are usurped by long-held enmities, grudges, and gossip. In the expert hands of Red Stitch Theatre Company’s Australian premiere of his play ‘Uncle Vanya‘, it’s surprising how engrossing it is.

The premise seems simple — a family reunion at their country seat. Yet the play shows the petty squabbling and deep enmities family and relatives cause. Two hours passed lightening quick as the slings and arrows are cast. 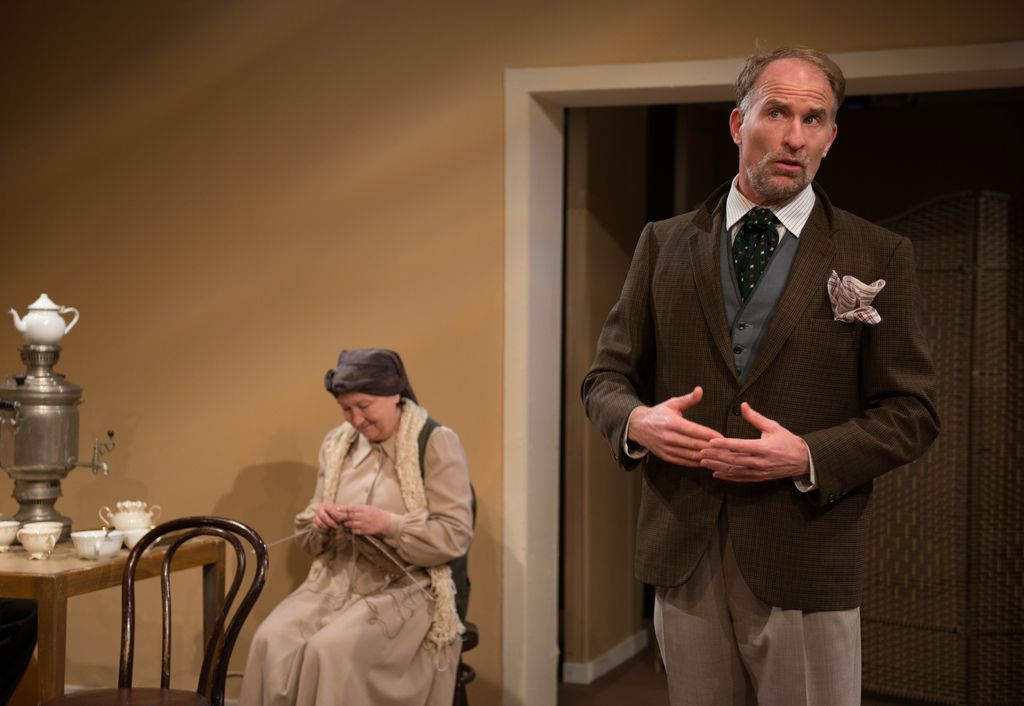 The play considers the small decisions we make in life and the pressures which compel us to nominate our choices. It also reflects the bigger picture of the decline of the Russian class system and impending revolution. Chekhov shows how domesticity can sublimate primal human urges such as sexual desire, longing, jealousy, and revenge.

‘Uncle Vanya’ is costumed in an immaculate period style on a simple set, which emphasises the rural property in which the extended family convene. The cast are finely tuned and deliver the cool simplicity of the lines of this 2012 rewrite (by American playwright Annie Baker) with expert finesse.

Tass lovingly renders the peasant relatives of The Professor, so long absent, whom he has relied upon to fund his academic career in the city. His much-younger wife also descends on the country house, bringing with her the danger of a siren. The male characters circle her. This spiral dance of desire brings chaos to what was an ordered social cluster. 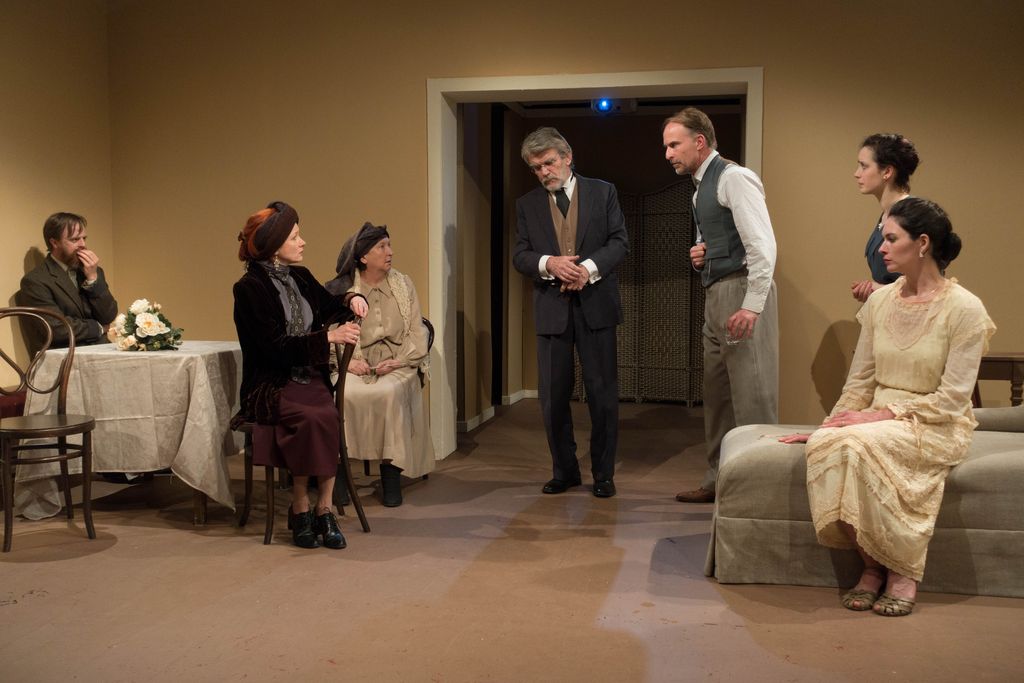 The cast shine in their vivid depictions, especially the leads ‘Yelena’, ‘Astrov’, and ‘Sonya’, supported in relief by the clown ‘Telegin’, and the tea-making babushka ‘Marina’, the universal mother who knows all.

Uncle Vanya himself is compelling. Disillusioned, his lament ‘my life is over at 47!’ echoes. His are the open eyes of the play, the character who cries because he can see things in their real state.

The bickering over money, work, time, and losses simmers to boiling point, but the constraints of social mores contain these battles. People resume their place in their social position. The heady highs retreat in a defeat not of will, but of circumstance.

Get your dose of annual family drama without getting your fingers burnt. Red Stitch does not disappoint with ‘Uncle Vanya’.

Disclosure: The Plus Ones were the guests of Red Stitch Theatre.
Image credit: David Parker.