Full disclosure – I had high expectations when I heard that Nakkiah Lui’s new play was opening at the Malthouse. ‘Blaque Showgirls’ did not disappoint.

The play follows ‘light skinned ‘blaque’ girl’, Ginny Jones (played by Bessie Holland), who dreams of making it big as an Aboriginal showgirl in Brisvegas. There’s only one problem: Everyone thinks she’s white. With her stereotypical Asian best friend (Emi Canavan) by her side, Ginny is ready to see her name in lights – and she’s not going to let political correctness stop her. 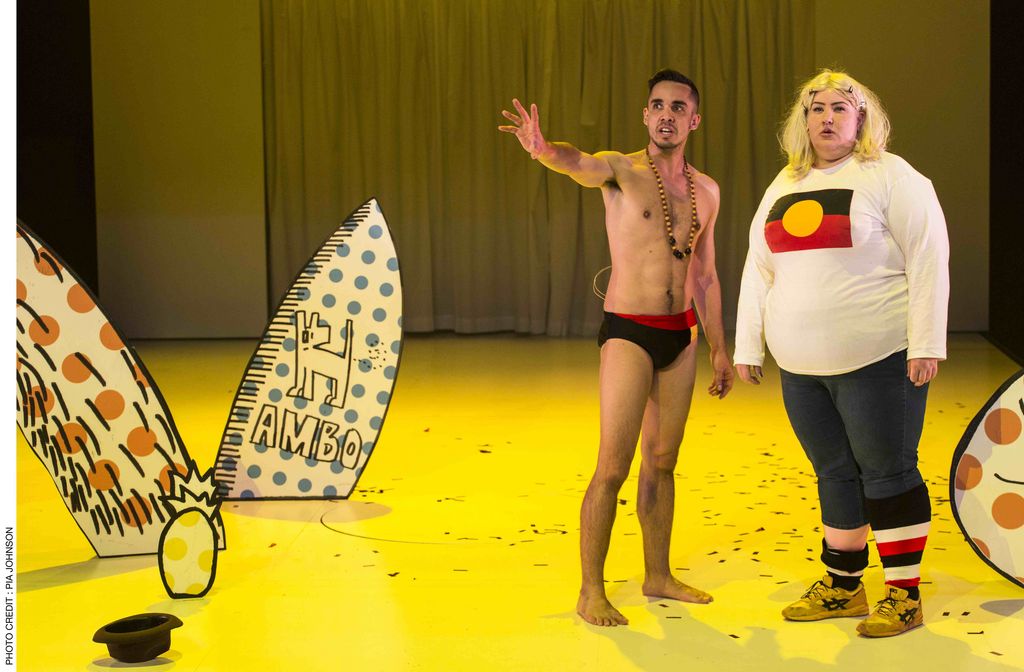 ‘Blaque Showgirls’ is satire at its finest. Parodying the 1990s disaster ­– and cult classic – Showgirls, Lui subverts and satirises the way our society deals with race, cultural appropriation and identity politics. The more poignant moments are played off against ridiculous gags and some delightfully tacky jokes. Watching Lui mock white Australia – and have so much fun doing so – is fantastic.

Things heat up when Ginny finds herself caught between stardom and her rival Chandon (Elaine Crombie), famed Blaque Showgirls dancer. She must also decide between her True Love Interest (Guy Simon) and following her dreams. One thing’s for sure – nothing is going to hold Ginny back. And ‘Blaque Showgirls’ doesn’t hold anything back, either. 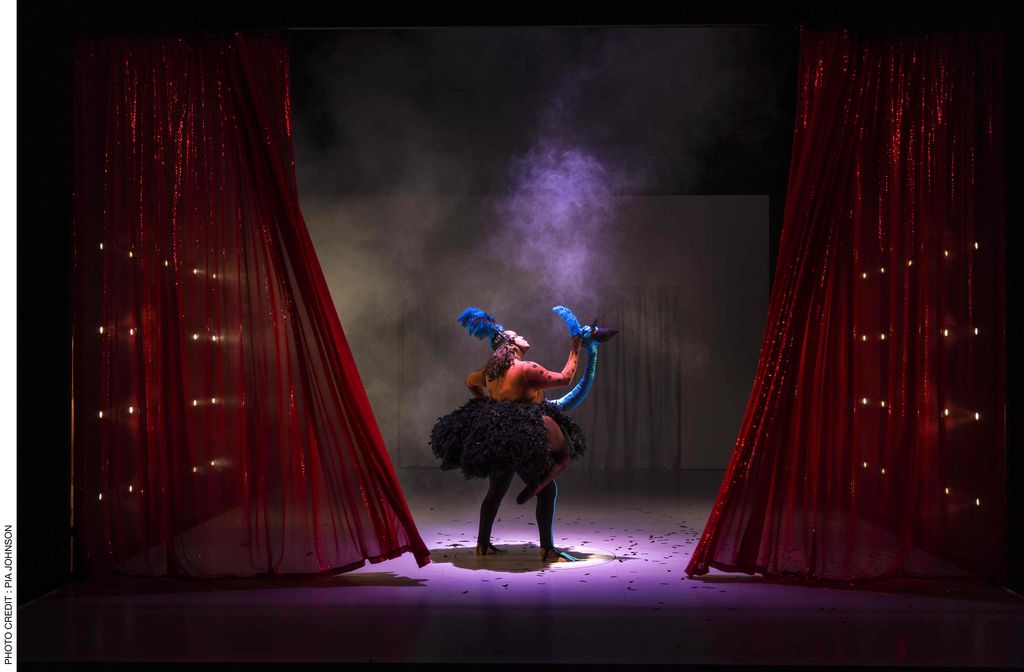 Lui is an incredibly funny woman. With ‘Blak Cabaret‘ and ABC’s Black Comedy under her belt, we already know how hilarious she can be. That said, ‘Blaque Showgirls’ is one of the funniest plays I’ve seen in a while. Part of the charm is in the sheer silliness and campiness of the show.

Lui’s social commentary is on-point. She delivers insightful truths alongside belly-laugh inducing quips. I can’t wait to see what Nakkiah Lui does next.

– Emma
Emma Hardy is a writer, a dreamer, and a comedy-lover. You can find her writing online or tweeting @bitesizedfem.

Disclosure: The Plus Ones were invited guests of TS Publicity.
Image credit: Pia Johnson.

Palestinian Film Festival: The Plus Ones’ guide to the films you should watch