What other way to kick off the eve of our first 30 degree day in eight months then with a massive party in the State Library of Victoria? You heard it right, Melbourne Music Week is back with the most epic venue yet. Melbourne Music week may only be halfway through, but the State Library and Melbourne surrounds have been hosting a plethora of events across town. On Wednesday night they hosted a night of debauched mayhem last night, Heaps Gay, Heaps Yummy, that will go down in the books as one of the best.

The night is named after the joint hosts Heaps Gay and Yummy. Heaps Gay is known for throwing parties in wacky and wild locations across Sydney and Melbourne with all-queer lineups. (Although this might be their most epic to-date.) Yummy are a gang of performers — one rumoured to be a classically trained ballet dancer turned drag extraordinaire — putting on shows to rival the best in the business.

The evening featured two rooms celebrating everything queer and in between, from live hip hop and DJs to epic drag performances. The patrons were thirsty and the bar struggled to keep up with their need for party fuel, but that didn’t stop anyone from getting down and dirty in the dome. 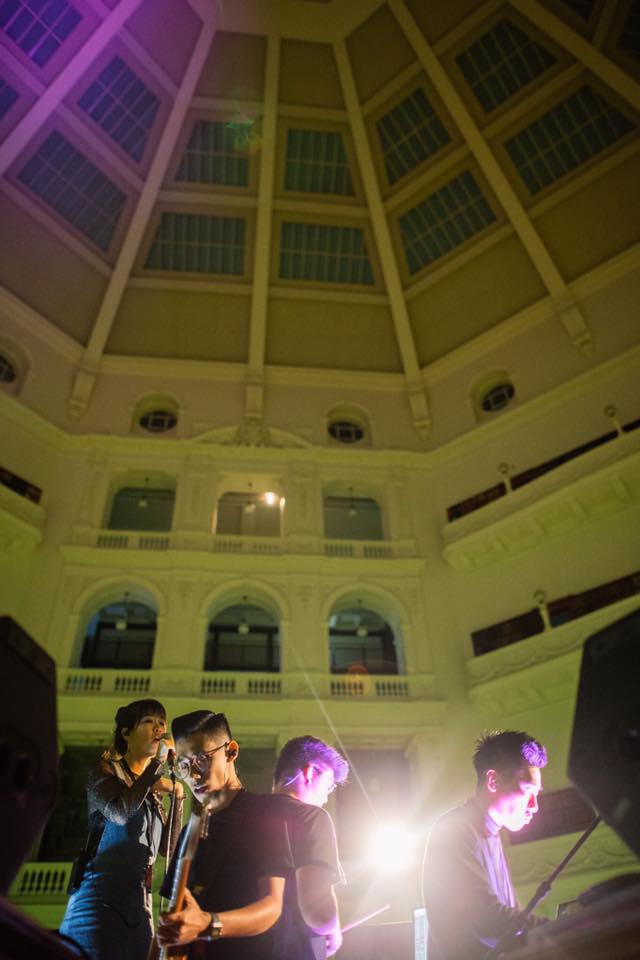 We flirted between stages but found our element in the La Trobe Reading Room. Dancing between books and desks, we watched the DJs spin tunes from the central panopticon platform that in its former life preached silence.

Nineties music is back, as we all know, and our favourite jams pumped out all night, a retro dancing circle even started complete with chair twirls and work-desk grinding.

Although being back at my desk the next day at 9am left something to be desired, I have a whole heap of fun memories to get me through. I must admit post event I’m filled with a lot of pride to live in a city that allows us to party the night away in one of the state’s most prized possessions.

– Brenton
Brenton Spink is a social Melburnian who loves a good feed, drink, dance, and other related shenanigans. Find him on @SoSpinky.

Disclosure: The Plus Ones were invited guests of Heaps Gay.
Image credit: Melbourne Music Week and Matto Lucas.