Melbourne Music Week never ceases to amaze in terms of innovation and quality of the performers. ‘Hush’ was billed as an evening through the Melbourne Parliament building. Over three nights, sections not normally available to the public: the Parliament library, Queen’s Room, and the Member’s Dining Room were going to be thrown open and flooded with sound.

As a Melburnian, the opportunity to experience secret, not-available-to-the-public locations is always a huge drawcard. All three nights being sold out is testament to that. On the night we entered on the night we entered through the main entrance, passed through security (this was easily the most secure gig I have ever been to) and waited to be admitted to the Queen’s Room. As we entered the splendour that awaited us was evident. The Queen’s Room looks like something out of the Roman Senate with marble columns and impressive fixtures. 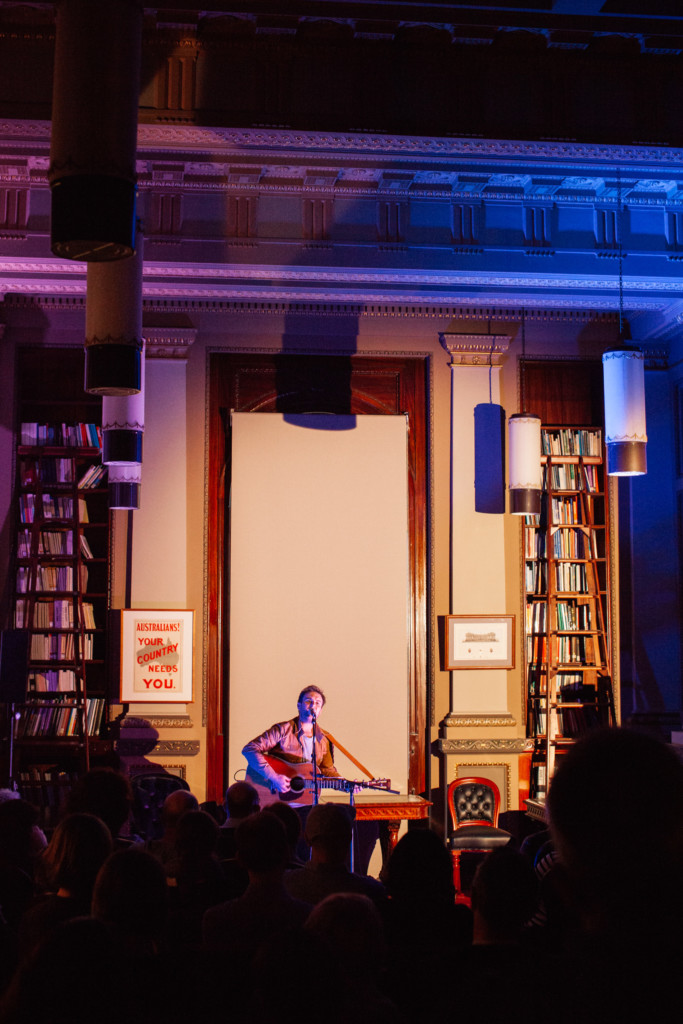 The name of the night, ‘Hush’, was deliberately conjured to try and differentiate this night from the stock mosh-pit flaring evening of many gigs. It was a night of refined sophistication, in the most elegant of settings with the cheekiest of performers. Dan Kelly, performing in the Queen’s Room, regularly dropped expletives and charmed the audience with his devil-may-care attitude.

While Man Made Mountain performing his brought their unique brand of hip-hop to the Member’s Dining area. I think it’s safe to say that this room, with sweeping views over St Patrick’s Cathedral, has never experienced anything like it!

The contrast between the edgy cool of the performers and the opulent stodginess of the setting was outstanding. It absolutely was a night we will remember for a long time!

Disclosure: The Plus Ones were invited guests of TS Publicity.
Image credit: Melbourne Music Week.

Frank Ferrante plays in the hilarious show ‘An Evening with Groucho’