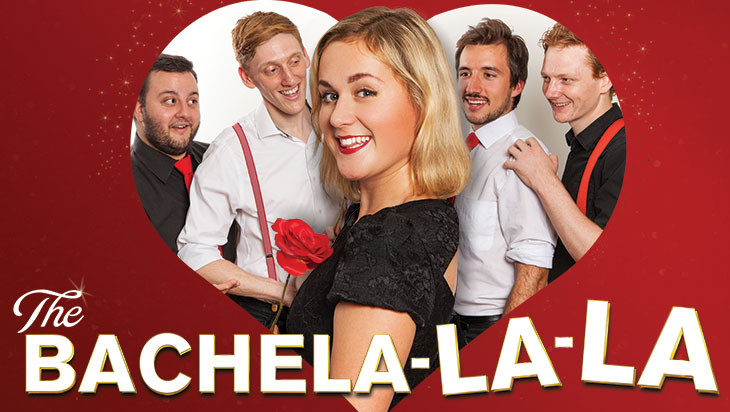 Impromptunes are a very talented group, and each new season offers up a unique venture into the world of improvised musicals, the likes of which shine with dedication and consistent polish. Their new show, ‘The Bachela-la-la’, takes both its title and its genre from the reality TV show it pays homage to.

There will potentially be romance, there will definitely be songs, there will be heartfelt eliminations, and there will be roses that will have peculiar consequences. Ultimately it is a grand showcase of wonderful voices, quick wit, strong character endowments, and impressive handles.

The audience plays a large role in this particular foray, with suggestions collected before the performance begins that are injected throughout the proceedings. The cast are well trained to take on traits, and even construct a song that fulfils all offers endowed, to the extent of really using them as a means to drive their interactions right to the end of the show with an earnest commitment.

The cast itself rotates between each show, mixing up the gender of the protagonist and the would-be suitors. On the night reviewed, a smooth Grant Buse had to choose between the sweet characteristics of Amberly Cull, the feisty Hollie James, the effervescent Ashleigh Kreveld, and the rapid one-liner queen Isabella Valette. Emmet Nichols was the sharp host of the evening, making sure the show played out with a steady pace, and crafting the suggestions provided into a glorious weave of entertainment and proficiency.

‘The Bacha-la-la’ is a thoroughly entertaining show that hits acutely upon the expectations of style, genre, improvised variety, and talented play. It only has a short run, so be sure to make it down to see how your suggestions could make or break the musical world of love.

‘The Bachela-la-la’ runs from 8-13 November, 8.30pm at The Butterfly Club. Buy tickets now.
The venue is not accessible.