Sometimes you have a night full of so much art that it makes you dizzy.

Friday Nights at the NGV wrapped up last week with the legendary Augie March, aka the soundtrack to my teenage years. Melbourne has cottoned on to the greatness of these events, evidenced by the long long line of super classy-looking folks patiently waiting to wander through the wonderful Degas exhibit in its last days.

I was only previously familiar with Degas’ most famous paintings of ballerinas, but enjoyed seeing evidence of his development alongside historical context. The exhibition was packed, but once you stared at a painting for long enough everyone seemed to fade away. I definitely had that moment when I spied ‘Interior’, a painting filled with so much darkness and light. 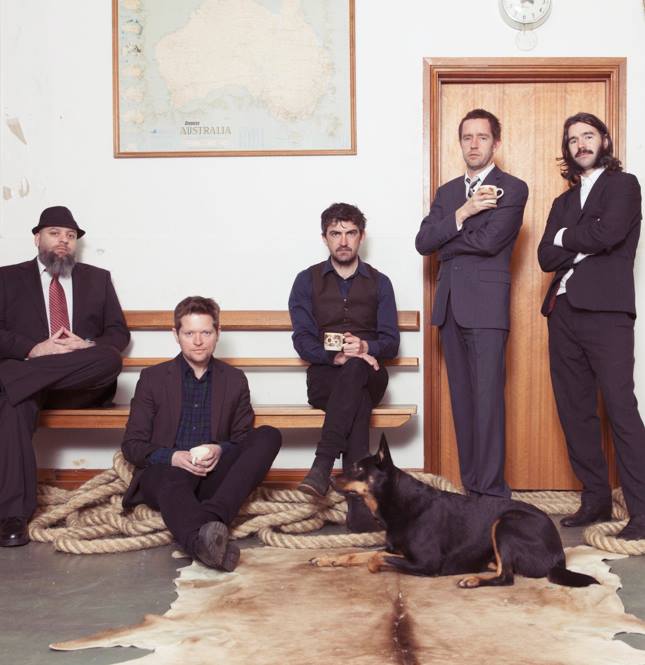 We took our time wandering around the exhibit, sacrificing the start of Augie March’s show to be able to spend a little longer with the paintings, but the music drew us out eventually. The band seemed to fill the whole gallery with music, playing on a stage under large screens showing the details of various Degas’ paintings.

I had minimal views of the stage, and the audience overflowed into the foyer, but it was kind of lovely being swallowed by the crowd and just listening while staring at the stained glass ceiling. There were strings, trumpets, and the beautiful magical lead vocals of Glenn Richards tied everything for a perfect night. He bantered about doing risky songs that were ‘too high’ for him before nailing every single note. This band have proven themselves as seasoned pros, especially considering they formed 20 years ago (happy anniversary, kids!).

Keep an eye out for the next thing the NGV brings to your evenings – it’s sure to be good!

– Jasmin
Jasmin Ashton is a PR nerd and writer/designer from Melbourne with feelings about pretty much everything. Find them at @Jasmanna.

Disclaimer: The Plus Ones were invited guests of the NGV.
Image credit: Hip Sister, Augie March.