All aboard! Departing Prahran for the story-of- the-last-century! Step up for your front row view of disaster with ‘Titanic, The Musical‘. Winner of five Tony Awards, In The Heights Director James Cutler and StageArt bring this gem of a musical to Chapel Off Chapel. You will be wowed by a six-piece orchestra and cast of 20 singers, with each actor playing three different roles across 1st, 2nd and 3rd class passengers. 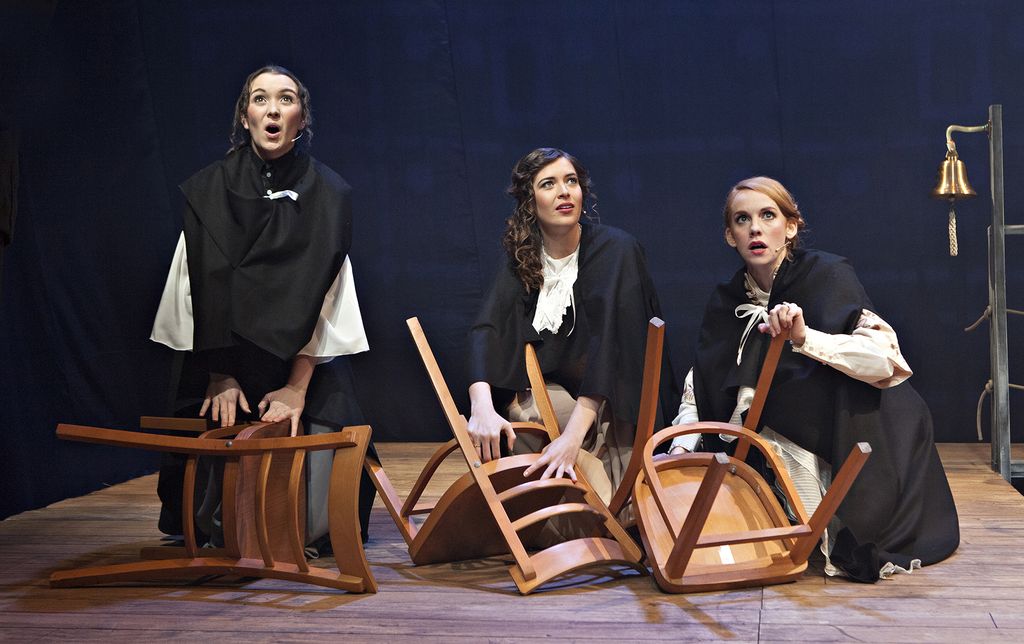 You’ll feel you are walking the deck as you ‘board’ for your seat. Travelling suitcases and packing cases line the foyer ‘wharf’. Boarding signs direct the audience shipward. Come dressed in costume: there’s plenty you can photograph with, including the poignantly useless life-jackets passed out after the iceberg was hit in the early hours of that fateful 1912 Monday morning.

The majestic set honours the scale of Titanic‘s decks. You feel as if you are out in the North Atlantic. This battle of man vs. the gods is writ large, right to the moment passengers are frantically offloaded into lifeboats.

This story isn’t just about a sinking ship. It’s about the decadence of end-of-Empire, the faded glories of the old world and the promise of the new. The old enmity of America vs. Britain is also its plot. Below the glittering lights of the 1st class dining rooms lies a hidden darkness. Masses of steerage immigrant poor were locked away to their drowning death. Animals, engineers, 15-year-old ship hands, even her orchestra musicians — all died aboard the unsinkable ship.

There are still new secrets for this scandal to give up. Discover what nearby ship did not come to her aid. Behold the tragic aftermath that greeted the rescue liner Carpathia at daybreak the next day. Be haunted by the spectre of her shipman watching wistfully from a falling deck, as Titanic fell headward into the ocean’s graveyard over a brief 2.5 hours. 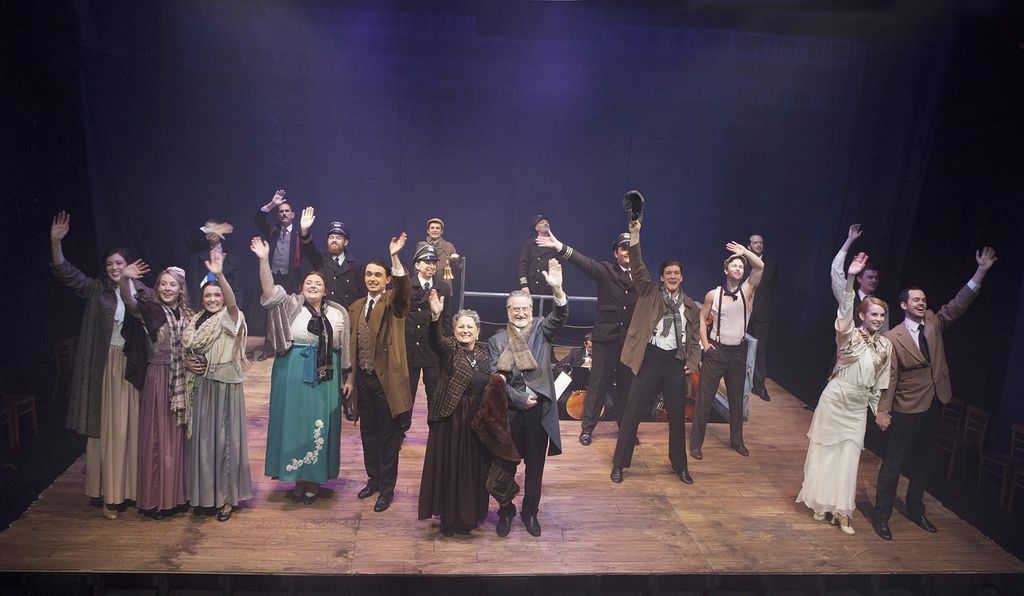 First-class music and an operatic score gives life to a story of heart, heroism, and heartache. Hear of the bravery of a few, the cowardice of some, and the stolen innocence of many aboard the ship that night. You will be impressed at so many strong voices telling the tales of these lost lives.

For a classic night at the theatre, and for the best dinner party tidbits, step back in time and into the mythology that is all things Titanic.

Disclosure: The Plus Ones were invited guests of Purple Media.
Photo credit: Belinda Strodder.

Coopers after Dark with Ash Grunwald