He’s more than a haircut. He’s more than a meme. German theoretical physicist Albert Einstein is one of the modern world’s best innovators. Finally, he has his story told on stage in song and dance.

With one of the catchiest theme songs, and an all-round show of excellence, Theatreworks’ newest musical kid on the block, ‘Einstein, Master of the Universe‘, will have you singing its title all the way to your car. Your partner at home will wonder how equations on a blackboard could so entrance. But it’s not about the maths, it’s about the man. His story is vividly brought to life with love. 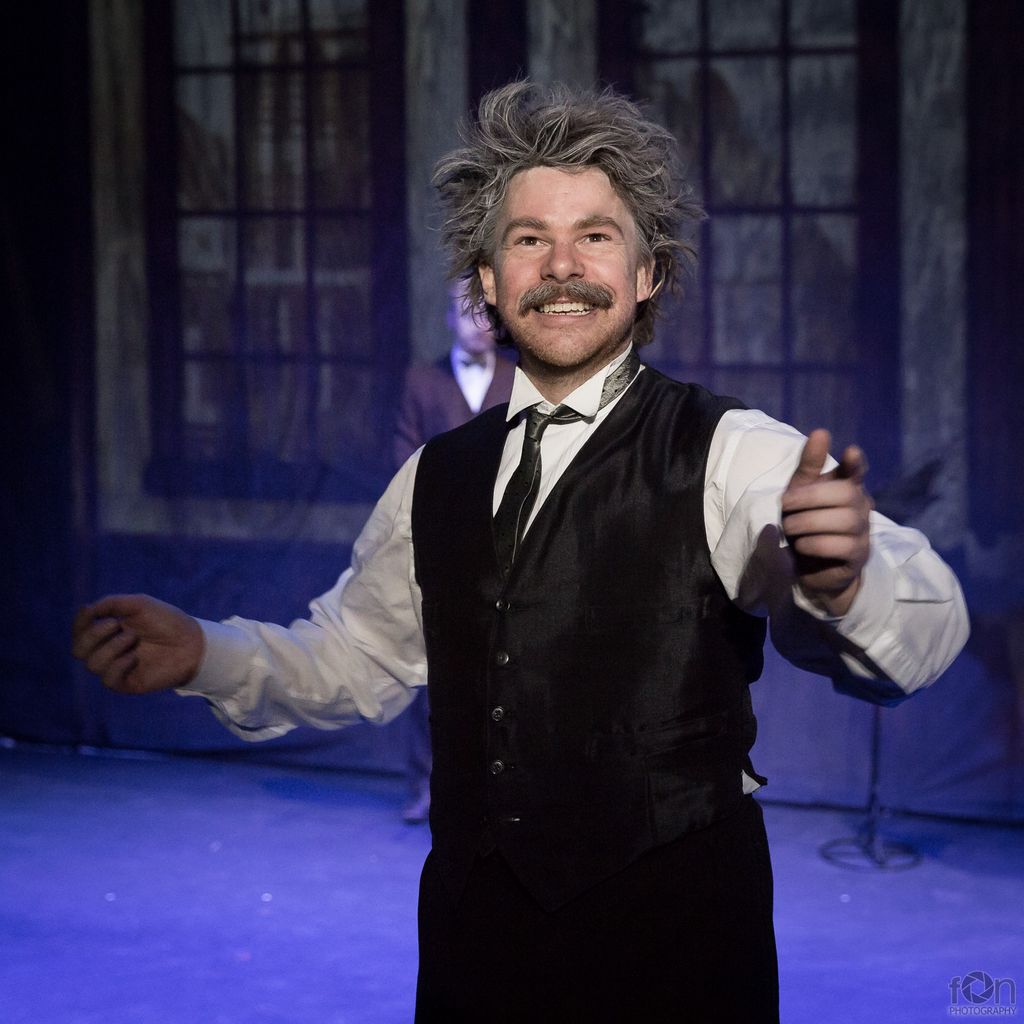 The musical’s original score and clever lyrics will delight. 22-year-old VCA composer and actor, Jess Newman, shines with craftsmanlike skill beyond his years. Get in now to see the early works of this artist and the production team (both destined for big things). The cast are, likewise, in the same space/time continuum. They, too, will go on to become big names in Australian musical theatre.

Be wowed by the charismatic lead, who convinces with his emotive pathos, great physical impersonation, and a voice which emanates as if from the man himself. The leading female cast have voices of larks, and bring time to a standstill on their solos. They flesh out the man. Supporting cast are drilled and execute with precision. This show could show on any major national stage and, hopefully, will tour.

Marvel at gorgeous Victorian and Edwardian costuming; historical backdrops that rival White Night projections; voices that soar; elegant ladies with minds clued to mathematical formulae; and a live band which wows. The dance routines and stylised movement are top notch. 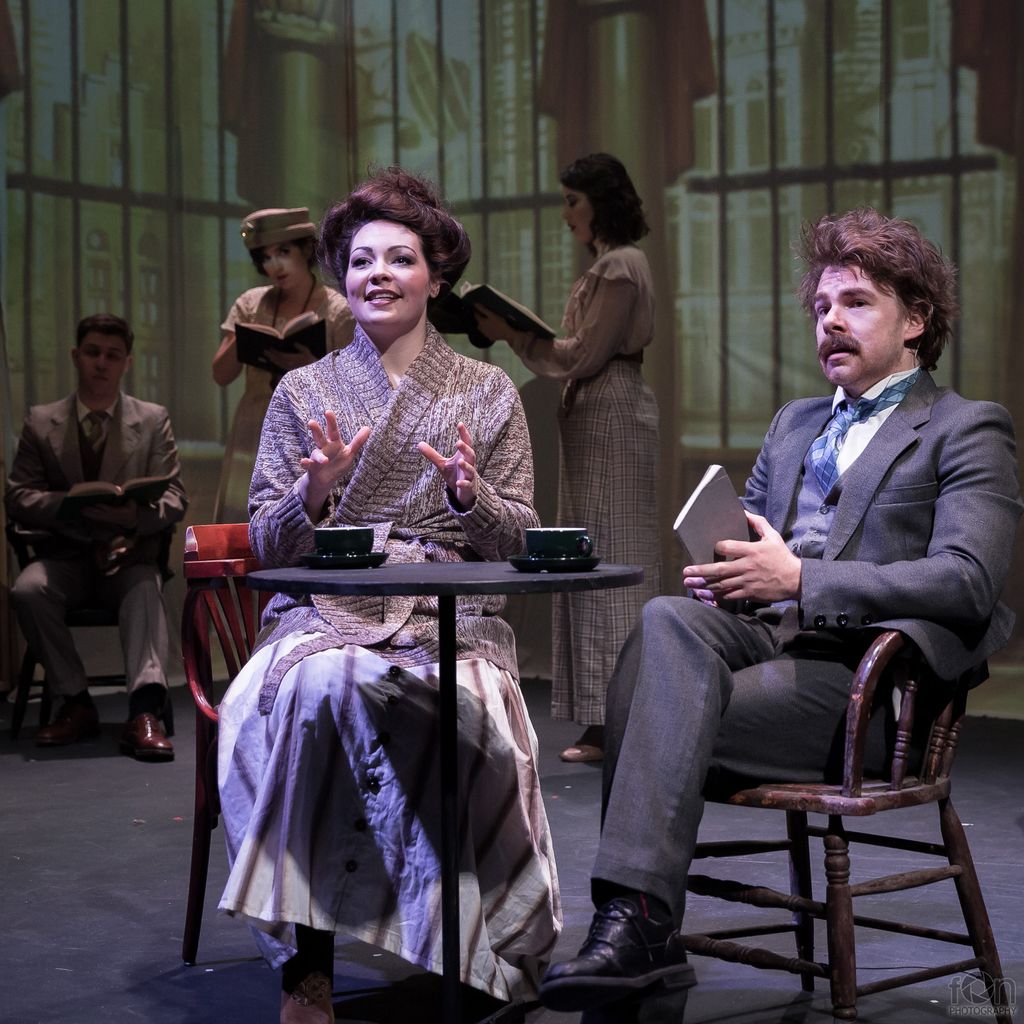 Getting the backstory on this scientific eccentric-cum-genius is the real fun in this work. You learn of his private life with two wives, the children he barely knows, and a look into the mooted theoretical collaborations with his first wife, Mileva Maric. His complex romantic life and estrangement from his children were the cost of his pursuit of great ideas. Einstein travelled widely, worked incessantly, and was a part-time violinist.

Spend a night at the theatre getting to know a unique man in a story told with passion and expert performance. Thanks to this team, you will be singing his legacy for many days after.

– Sarah
Sarah W. is a dance-trained theatre lover with a flair for the bold, and non-traditional performance platforms. On-the-street or in the box seat, she is always looking for quality works that push the envelope.

Disclosure: The Plus Ones were invited guests of RL Productions.
Photo credit: Ben Fon.