Before you read this, put on Fatima Al Qadiri’s track ‘Breach’ from her latest album Brute. I’ll wait. When you have the ability to blur the lines between onomatopoeia and industrial electronica and expertly filter it through teeth-rattling bass that transforms Howler into a sweaty, snaking pool of squirming bodies, you’re considered all but one thing: utterly genre-defining.

Have the undulating synth strings and clattering bass started to imbue your ear cavities yet? Al Qadiri is sonically raw and emotive: two compelling albums of mind-bending, warped electro are testament. Police sirens, helicopter rotors, and breaking glass are some of the many, unconventional sounds intertwined throughout ‘Brute’. Meanwhile, her EP ‘Desert Strike’ throws you into the Middle East under military occupancy, perhaps playing to her upbringing in turbulent Kuwait. Samples of guns being loaded are meshed with sparse, heavy bass growls and euphoric vocals. It’s like you’re on acid engaging in guerrilla warfare with your own subconscious. Deep.

As my +1 and I eagerly awaited Al Qadiri’s 11.30pm slot at Howler, Air Max ‘97 injected our skulls with dirty electro grind and hip hop. To be frank, I didn’t exactly know what to expect from the gig, which was exciting. Was it to be a live track-by-track Al Qadiri catalogue or a conglomerate of atmospheric instrumentalism? It was neither. It was much, much more. 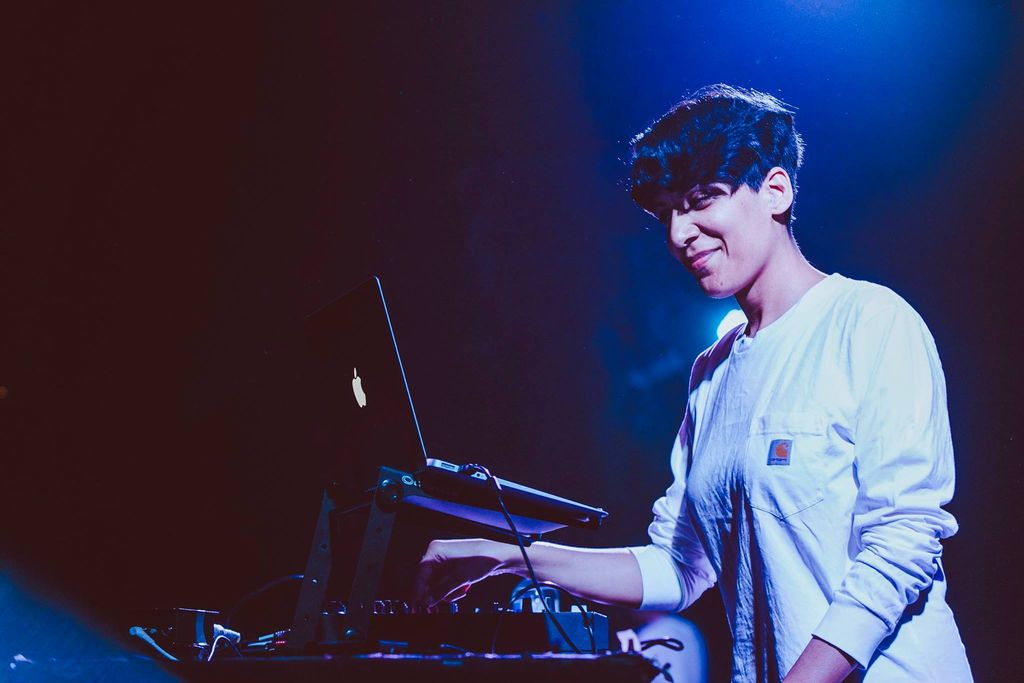 The transition from Air Max ‘97’s set was seamless. Al Qadiri didn’t say a word—no introduction, no pleasantries, straight to it. The twangy, steel drum descant from ‘D-medley’ pierced through a hard-hitting electro beat for all but a fleeting moment, enough to elicit gleeful recognition from the adoring night cat massive. From there, we were strapped into a rocket ship made of our collective limbs and blasted beyond the stratosphere dividing music and sound into an atmospheric deep house, techno-synth bass, electro dub-grind, trip hop black hole. Something like that.

Part DJ set, part sonic journey, it was a cat-and-mouse game between Sunday morning at Berghain and what we thought we knew about music. I almost needed CPR to survive the voyage, but I’m already searching for my next one-way ticket.

Disclosure: The Plus Ones were invited guests of Flow + Hustle.
Photo credit: Melissa Cowan Photography.