Amy G. is a virtuoso on roller-skates. Or just reckless. She runs around in sequins, something you should not do wearing skates. Does the splits and plays the ukulele. Performs magic tricks.  Scams the audience out of their wine, teetering dangerously close to falling off stage. Later she jumps from table to table in the audience, breaking and spilling at least one wine glass. That could not have been rehearsed. Definitely reckless. Possibly the best five-minute sketch I’ve seen this year. She has no shame.

Her Melbourne Cabaret Festival show, ‘Entershamement’, is a ‘social experiment’ to prove that the best way to make friends is to show them your imperfections and failures.  Something this one-woman variety act from New York has been doing for a decade in dozens of countries. 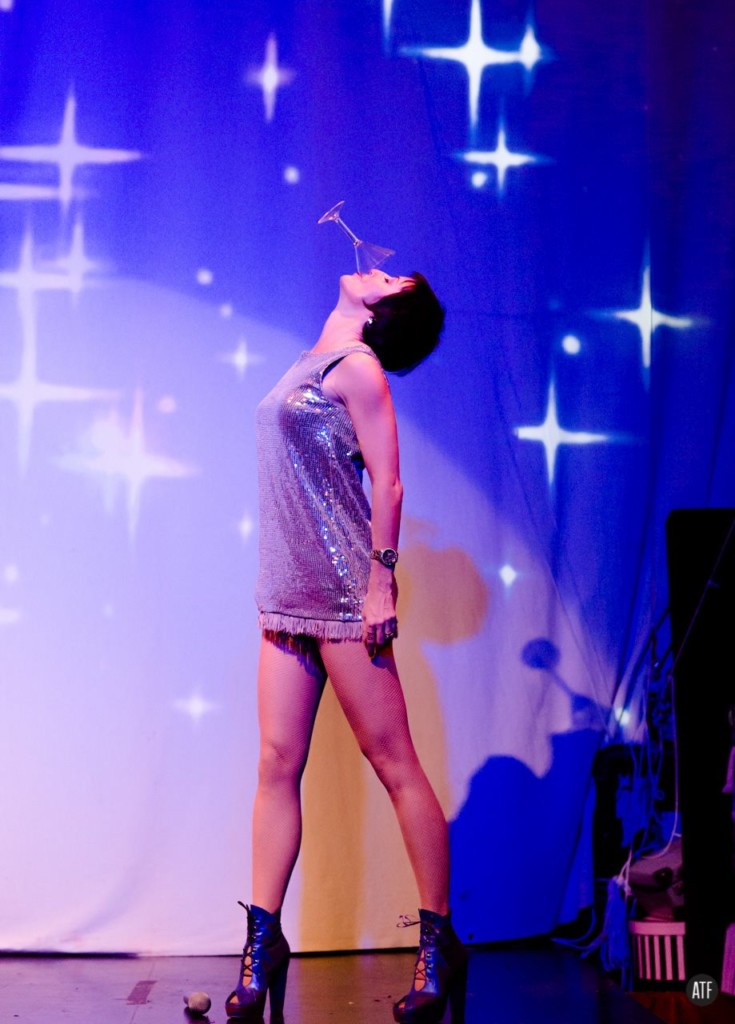 Amy G’s acts and stories are so outlandish, it is hard to know when to be offended, cry or stop laughing. One story about her playing patriotic American tunes with a kazoo and he lady-parts in a talent show on TV in Germany was so wacky it was hard to know if she was having us on. I looked it up on YouTube. It is real. She really has no shame.

It a brand of physical comedy we don’t see so often anymore, not to mention her killer voice and musical ability. Amy can be utterly silly, but never so much that we are not amazed by her many talents.  If you like vaudeville, physical comedy, singing, jokes and schadenfreude – this is one cabaret show you cannot miss.

Read our guide to the best acts of the 2016 Melbourne Cabaret Festival.

Disclosure: The Plus Ones were invited guests of Purple Media.
Photo credit: Amy G.

Harvey Sutherland and Bermuda at The Toff in Town