It’s the 400th anniversary of Shakespeare’s death, and Melbourne is all a-whirl with commemorative events. So far this year we’ve seen an all-female version of ‘Coriolanus’. Experienced ‘A Midsummer Night’s Dream’ on the banks of the Maribyrnong River. And been wowed by Aussie musical legend Paul Kelly doing his version of William’s sonnets. Now Class Act Theatre gets into the mix with ‘The Winter’s Tale’.

One of Shakespeare’s lesser-known ‘romances’, ‘The Winter’s Tale’ is not a widely performed as it should be. My night at the Northcote Town Hall with Class Act Theatre was filled with giggles, riveting plot twists, and of course, 400-year-old sex jokes. 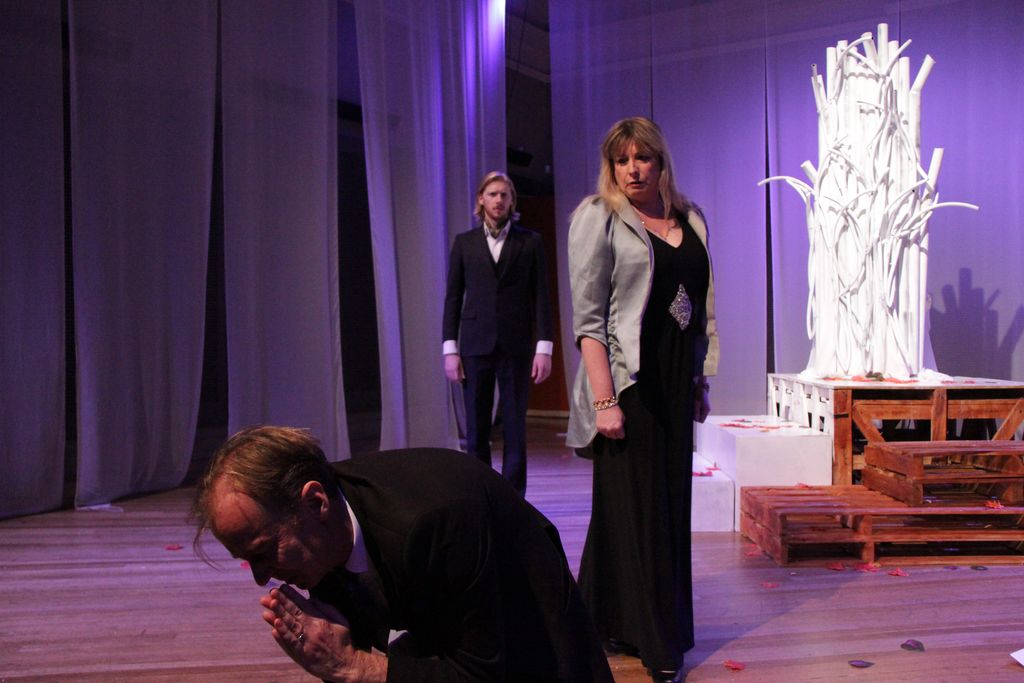 I’ll confess to wanting to be more of a Shakespearean buff than I actually am. Nerd alert: I have a spreadsheet of all of Shakespeare’s plays — but I am rarely able to update it. Out of his 37 plays, I’ve only seen or read 15. With ‘The Winter’s Tale’, add one more. I needed to buff up on the play before seeing it.

The plot goes as so: the King of Bohemia, Polixenes, is visiting married couple Leontes and Hermione (yes, as in Harry Potter) in Sicilia. Leontes believes he’s become cuckolded by his pregnant wife and his bestie. He goes on a jealous rampage, imprisoning Hermione and shipping off the newborn baby girl into exile — then has his wife executed. This backfires: his son dies of heartbreak, and he’s left alone and embittered.

Meanwhile, his daughter Pertida grows up in Bohemia (oh rly?) with a family of shepherds. The King of Bohemia’s son, Florizel, falls in love with her. But when his pop finds out his son wants to marry a ‘commoner’ and disallows the wedding, the lovebirds flee… to Sicila (ahem). They’re chased by everyone until all the characters end up at Polixenes’ court. In true Shakespeare style, Perdita’s true parentage is revealed. The play ends with a magical plot twist I won’t reveal now, but it really is lovely. 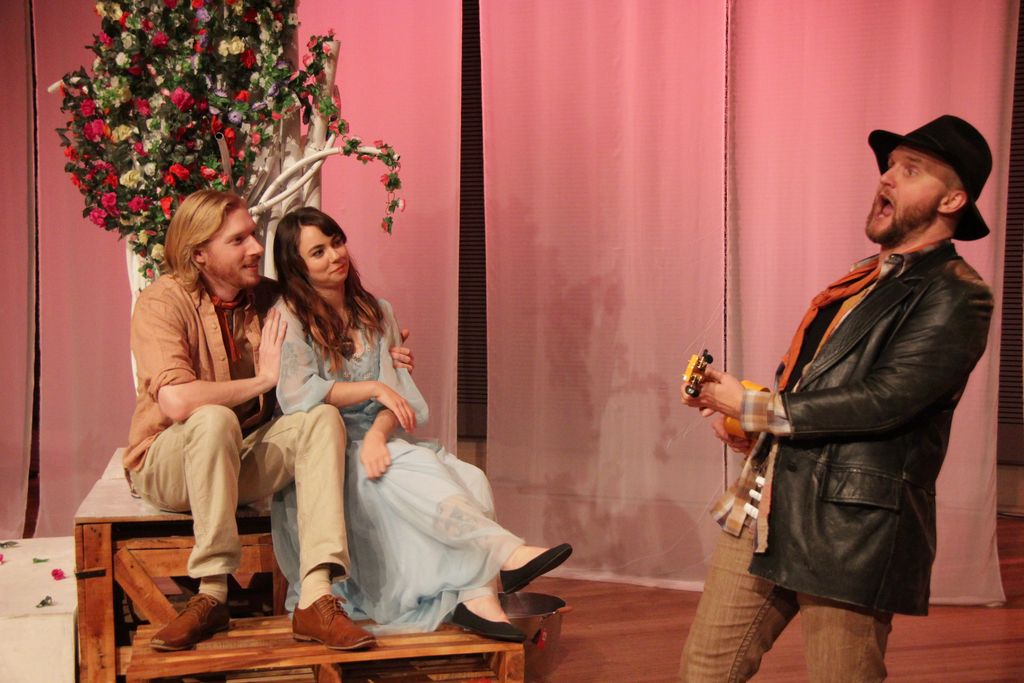 The entire production, helmed by director Stephen Lee, is lovely. Designer Jaz Wickson’s minimal set — comprised of just curtains and a tree — works wonders, taking us from palaces to forests with ease. The cast is equally matched. I particularly enjoyed Paul Robertson, playing Polixenes as a gentler Robert Baratheon (any Game of Thrones fans here?), and of course, TPO’s favourite Jimmy James Eaton. As con artist Autolycus, he adds in perfect notes of levity throughout the second half.

‘The Winter’s Tale’ is a beautiful production that will entertain you to no end. It ranges from dancing and songs to heartbreaking monologues. It’s everything you want from Shakespeare. See it now and celebrate how we’re still able to enjoy his plays, 400 years on.

-Theresa
Co-founder of The Plus Ones, Theresa is determined to update her Shakespeare spreadsheet more often.

Disclosure: The Plus Ones were invited guests of Encore PR.
Image credit: Class Act Theatre.