You know you’re at an amazing party when you have Australian superchef Neil Perry personally making your canapés. To celebrate opening their new Flagship Sensory Store, the Danish electronics purveyor Bang & Olufsen pulled out all the stops. 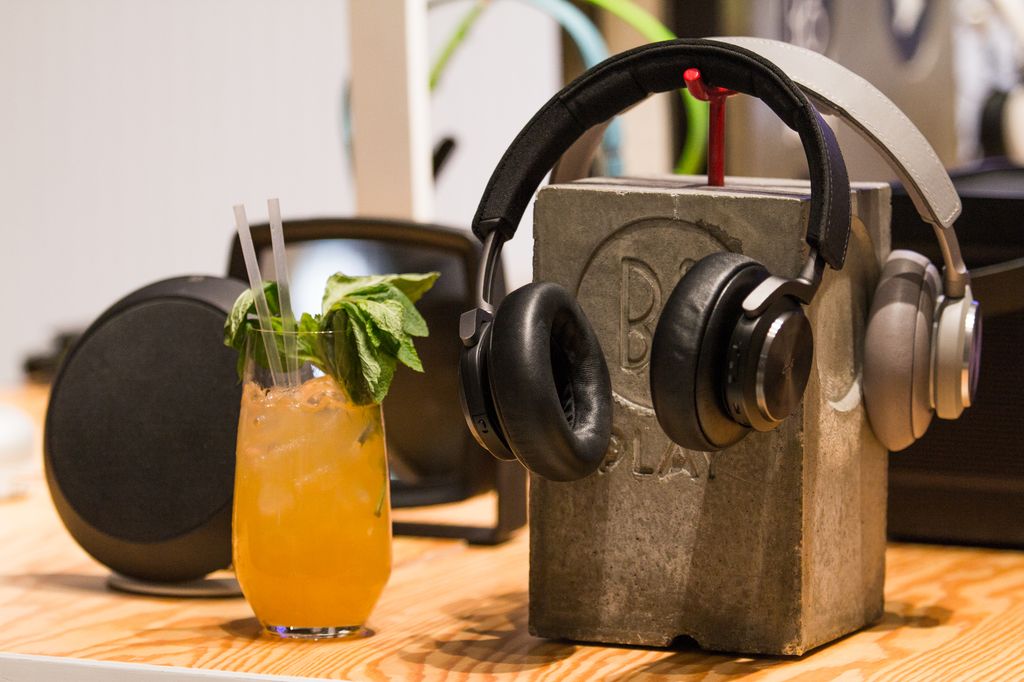 Their new store on Russell Street is housed in a heritage building (Cavendish House) and comprises over 380 square meters. It’s the fourth largest Bang & Olufsen store on the planet — so it’s worth a look for that alone. Inside it’s a wonderland of experiences catering to those who want the finest in the audiovisual world. 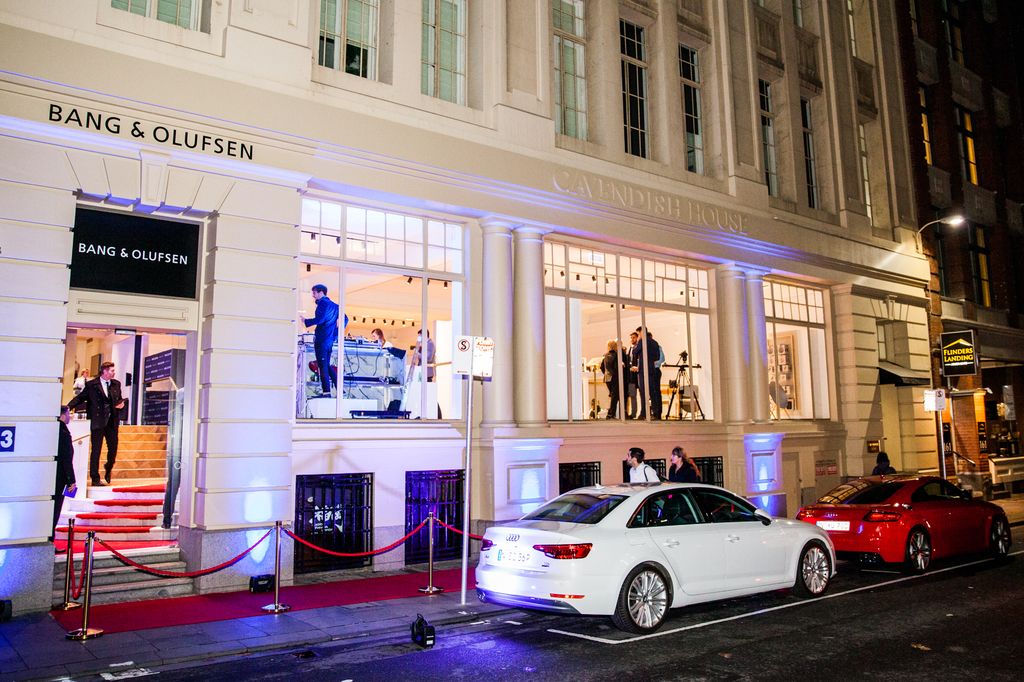 TPO co-founder Rukmal, TPO writer Tomas and I were chuffed to be invited to the official launch of the only Sensory Store in Australia. As we mingled with architects and interior designers, we were treated to endless glasses of two types of G.H. Mumm (which I love from my time at the Melbourne Cup Birdcage). And then there was the food. Rockpool Group set up a temporary kitchen inside the store, creating delectable bites before our eyes. I never thought I’d get to see Neil Perry in person — let alone get a photo with him, which he gracefully acquiesced to. I’ll admit to sending a bragging text to my Rockpool-loving boyfriend about my new bestie. 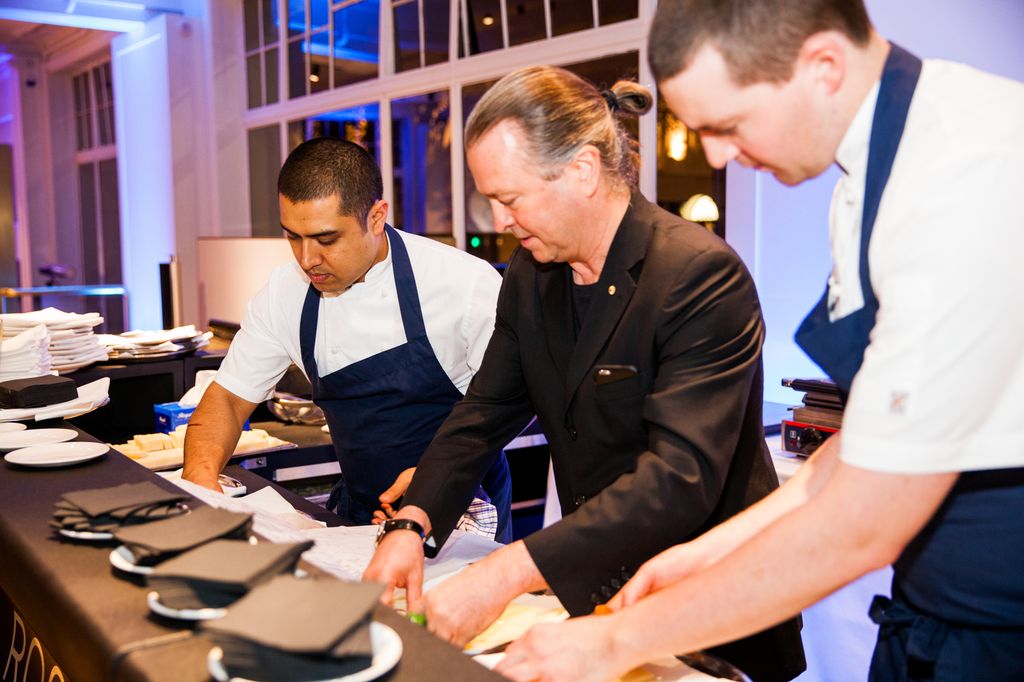 You can go on a sensory experience inside the store. The BeoPlay line is displayed right as you enter, with gorgeous headphones and speakers that you can’t imagine producing sound, they’re so non-speaker-like. Bang & Olufsen’s Scandinavian influence is in force: they care about design as a first principle. Their gadgets and gizmos break the mould of  what speakers ‘should’ look like. One speaker is even round!

We were whisked into the sensory room for an introduction to the high-end sound system. Designed to showcase what you could have in your own house, speakers are set up around chairs for listening. I suddenly remembered I was holding a cocktail that I’d better not spill — or else! 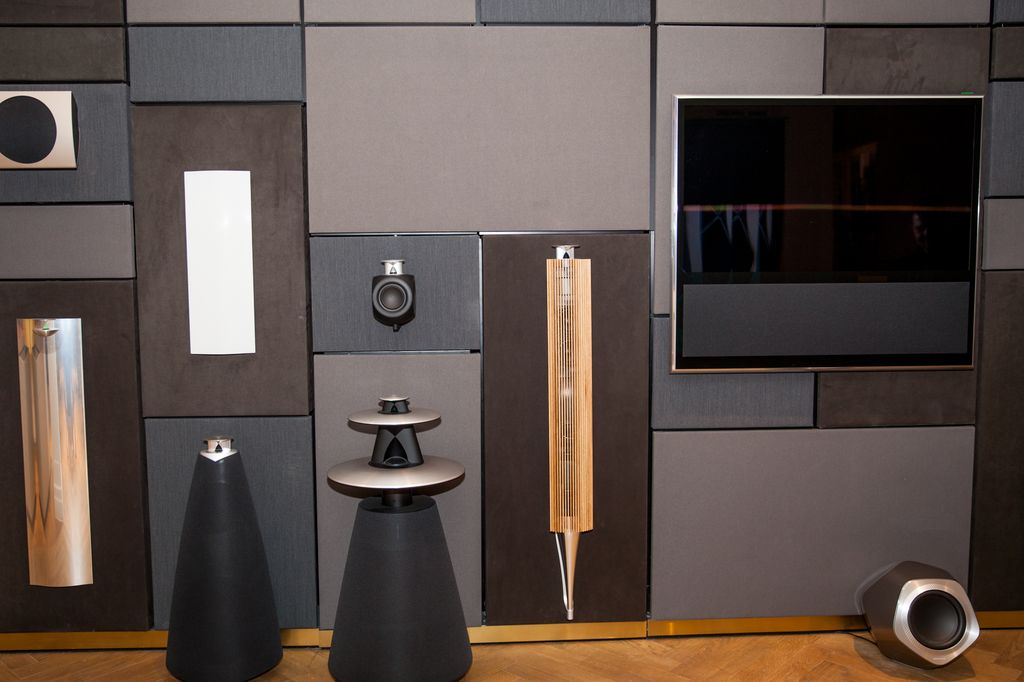 There’s nothing pretetious about Bang & Olufsen. The staff are genuinely interested in the products, and they’re enviably proud that a company founded in 1925 is still going strong. In fact, it’s better than ever. Make sure to have your own sensory experience the next time you pass Russell and Flinders Lane.

– Theresa
Co-founder of The Plus Ones, Theresa is always in awe of Scandinavians’ sense of design.

Melbourne Cabaret Festival 2016: The Plus Ones’ guide