Good Beer Week is Christmas season for the beer loving community and the Australian International Beer Awards are like Christmas Eve. The whole beer family is together for food, drink, and merriment and the anticipation level is through the roof. Beer professionals pulled on suits and cocktail dresses for a night of awards recognising the best in the industry.

As I waltzed into the spacious event venue, rows of hospitality staff greeted me holding trays packed with an assortment of beers from around the world. Also parked inside was a vintage Airstream trailer converted into the KegStar Draught Bar.  A mystery selection of beer was pouring from the taps – only the style and the knowledge that they were all award entrants could be revealed.

This year there was a record 1,793 entries from Australian and International breweries, with 36 countries vying for trophies. I found my seat ready to discover who would rise to the top. Of course, I already knew that beer and food are a winning combination. This evening I was treated to a three-course meal with matched beers. Ensuring that no one went thirsty, each table was also stocked with a selection of cans and bottles from AIBA hopefuls.

The major awards were ready to be announced as the final course was served – a cheeky dessert designed by Adriano Zumbo titled ‘bowl of beer nuts’. The special matching beer for this sweet treat was the Saison á Trois, a collaboration brew with last year’s champion breweries – 4 Pines, Thunder Road, and Boatrocker. 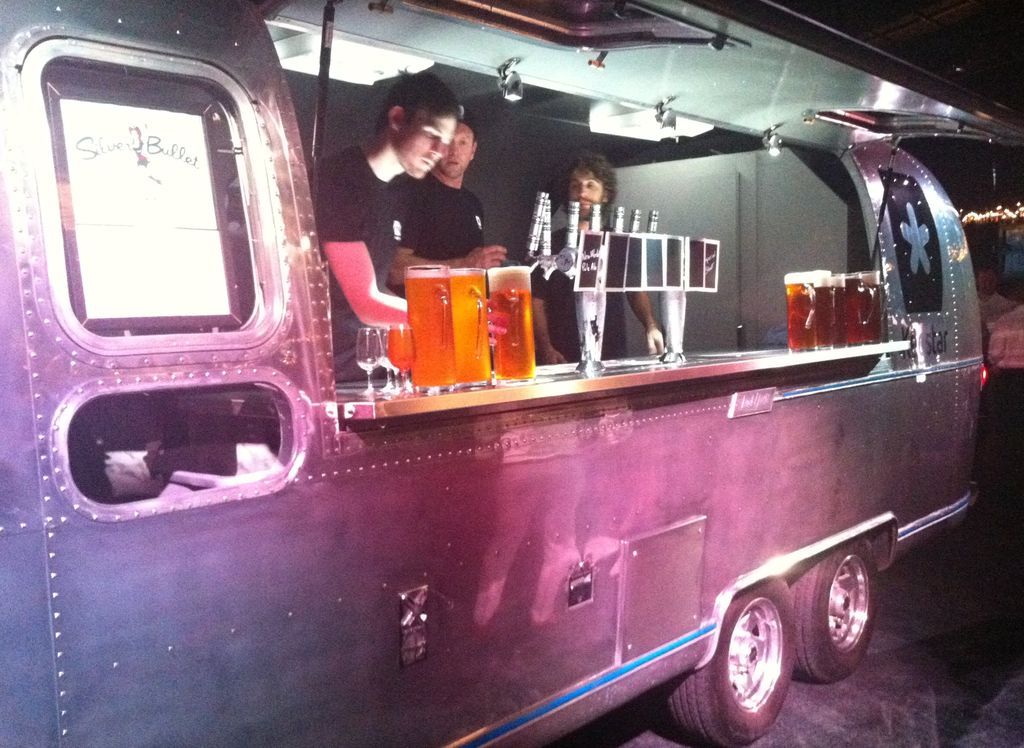 Taking home the Australian AIBA trophies this year were:

Other wins for Australian brewers include:

Amusingly, Pirate Life also won best low alcohol beer with their Throwback IPA. Their better known IIPA (which won third in the GABS Hottest 100 poll this year) clocks in at 8.8%. Having just celebrated their first birthday in March and now celebrating three AIBA wins, it’s been an outstanding year for the Pirate crew. 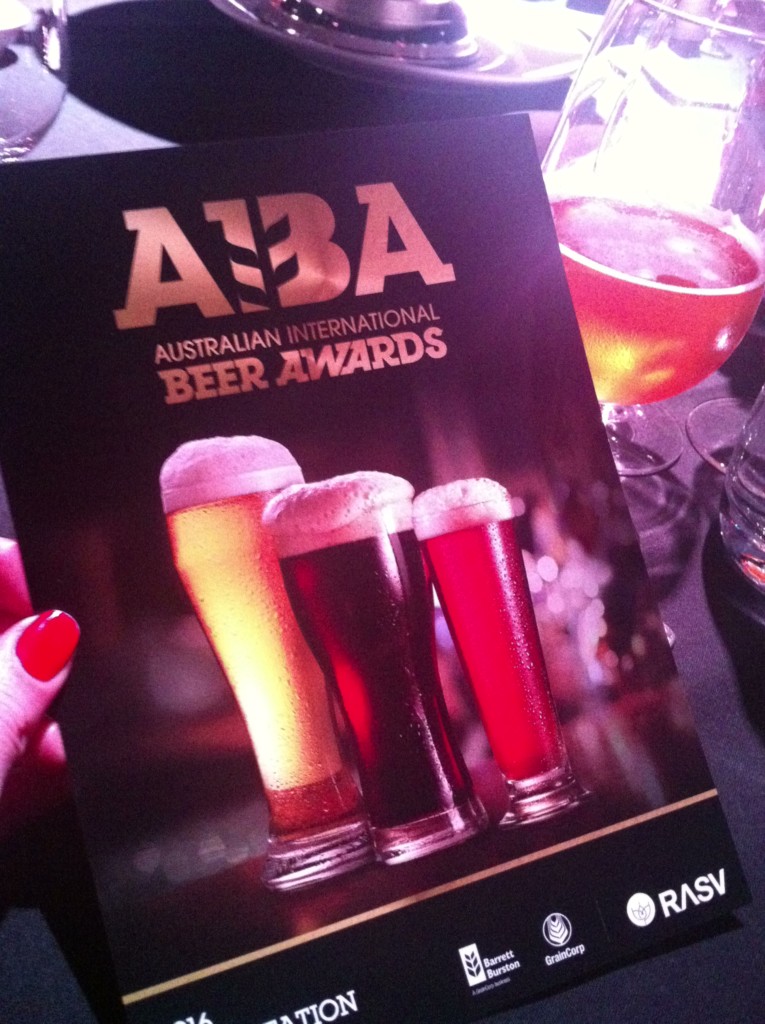 Congratulations to all the trophy and medal winners. I now have a long list of outstanding local and international beers to taste my way through while I wait for that special collaboration brew with Stone and Wood, Two Birds, and Pirate Life next year.

-Jenny
Jenny Schmidt loves the magic of fermentation and supports craft beer alchemy. When she’s not attending events, you can find her sipping a cocktail of water, yeast, malt, and hops.

Winning Tastes has a full list of winners. (You can also follow along about winning spirits, food, coffee, and wine.)

If you are in Sydney this weekend and want the opportunity to sample a range of medal winners all in one place, head to GABS Sydney on May 27-28.

Disclosure: The Plus Ones were invited guests of Wrights.
Photo credit: Wrights.

Sparrow-Folk perform their comedy show ‘SuBIRDia’ at The Butterfly Club