Good Beer Week, thus far equal parts entertaining, weird, and frightening. Obviously beer, but also charcuterie, Asia-fusion food, losing girls like a set of keys on dancefloors, boilermakers, shredded pigs, sleeping on front lawns, bike accidents, and tardy rendezvous. That was just the opening weekend, which meant I could pop some Hydrolyte and still be vertical for Boatrocker’s B.O.A.T.S (Based on a True Story) eight-course food and beer degustation at the Terminus Hotel. Getting shit done for craft beer since 2016.

Not only am I a huge fan of Boatrocker, I’d been to previous Boatrocker beery events, including one at their enviable barrel room. This meant a couple things: I knew to expect inventive and tasty craft, and I’d either leave with another take home beer or find a new favourite. No disappointments here. 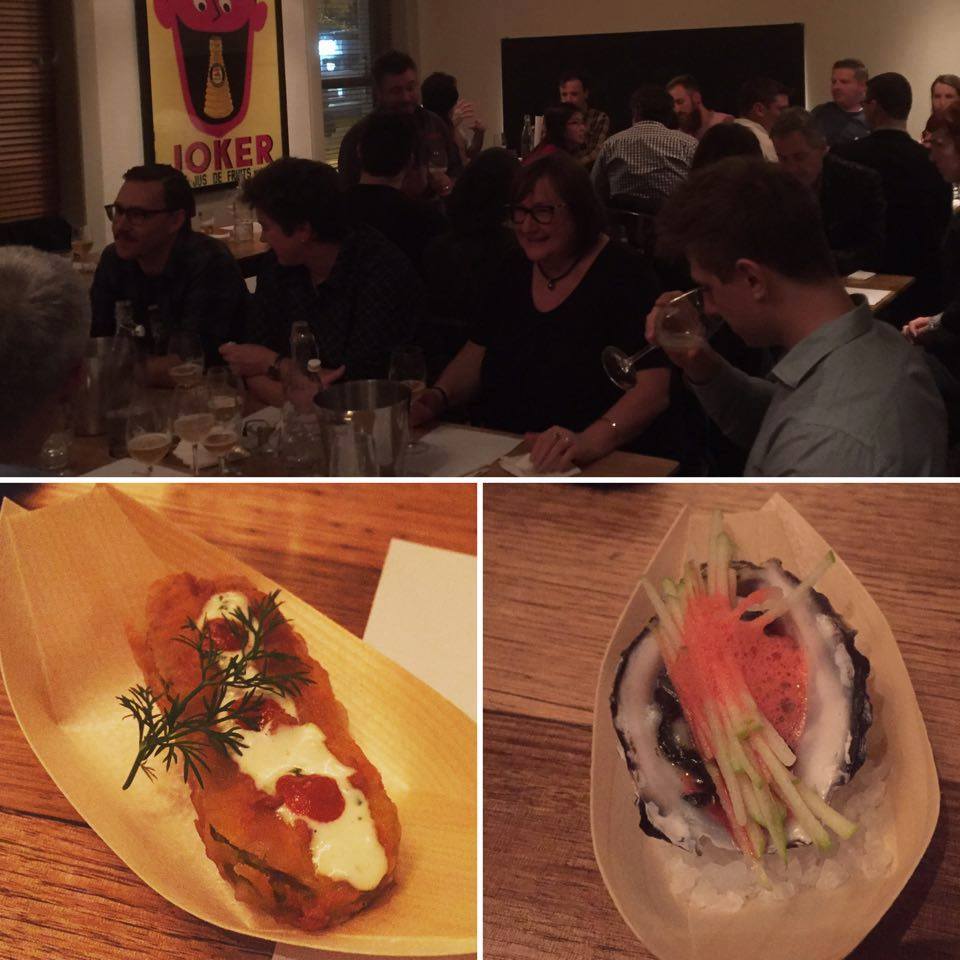 The intimate setting and familiar faces from the prior day’s GBW event was a welcoming ambiance as my +1 Jenny and I scanned the degustation menu. Eight courses (count ‘em) starting light on the palate and progressing into richer food paired with more heavily-bodied brew. As we slurped oysters with lime caviar and pomegranate foam matched with Boatrocker Berliner Weisse and downed Char siu pork san choi bao with Boatrocker barrel aged sour saison, head brewer Matt Houghton regaled stories behind the each beer name, brewing process, and inspiration. The definite standout for me was the bourbon barrel aged Braeside Crown Cola, emulating the Royal Crown cola flavor with whiskey. Some say bourbon and Coke, I say velvety barrel-aged brown. Smooth, inviting, delicious.

The cool, and usually unknown, thing about these degustations is that the chefs at the hosting venue, in this case Terminus, design the food menu. This is some skill because it means expertly matching existing flavours and style to new, unreleased, and sometimes weird beer. I left with a bottle of one of Terminus’ last Braeside Crown Colas under the arm and the sweet taste of a Roger Ramjet Russian Imperial Stout kulfi ice cream float on the mind. Hair of the dog all day.

Get down to the Great Australian Beer Spectapular (GABS) this weekend for exclusive Boatrocker releases. Visit the The Terminus (492 Queens Pde, Clifton Hill) for their Good Beer Week Pint of Origin events until Sun. 22 May.

For more Good Beer Week goodness, check out our guide.

The Plus Ones were invited guests of The Terminus Hotel.
Photo credit: Boatrocker Brewery.