The Terminus has a special place in my craft beer loving heart. The venue supports good, local beer 365 days of the year. So when Good Beer Week is in full swing, they really come into their own.

Case in point: the Victoria vs. the World event. It’s a people’s choice event that features a smac down between quality local breweries and awesome beer from overseas. Boatrocker, Moon Dog, Dainton, and Blackmans represented Victoria. Stone, Tuatara, Sixpoint and Birra del Borgo held up their end of representing ‘the World.’ 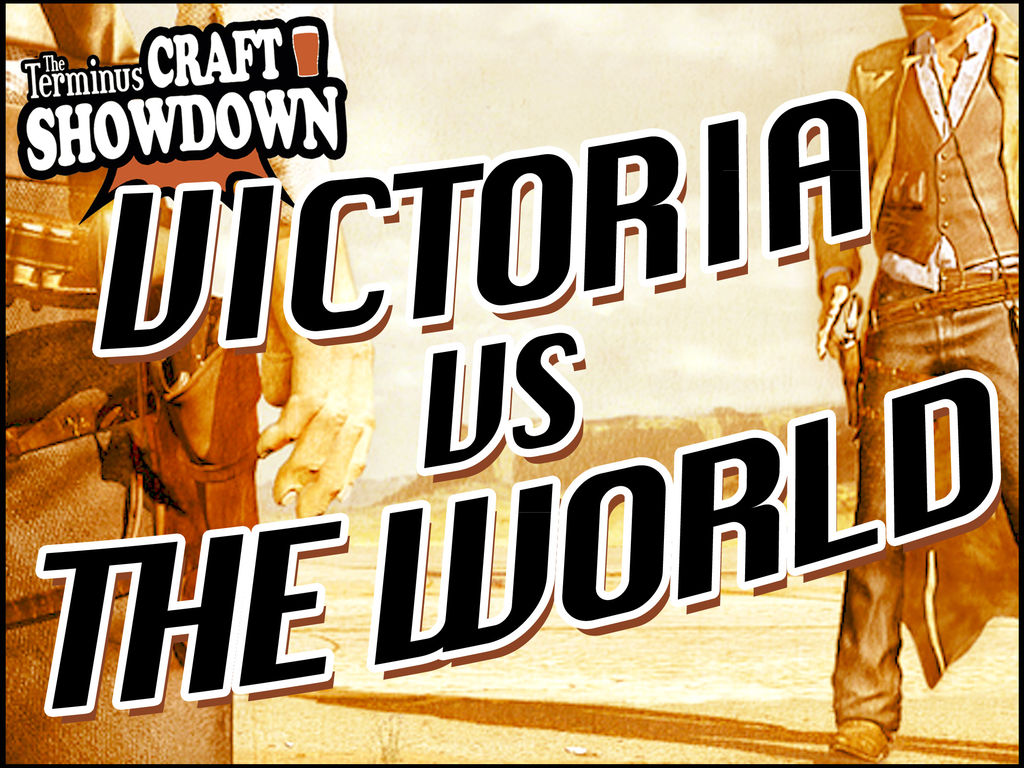 During the first round, each brewery had a chance to present a beer for us to sample and score. Moon Dog attempted to win our vote based on the science behind the brew, while the Sixpoint rep started by pointing out that she had brought us all stickers. There were some strong contenders up first. Birra del Borgo started out with their Archeobirra Etrusca. This unique beer is based on ale from ancient times and fermented in terracotta clay. Boatrocker’s Adventus, a Belgian strong ale aged in Chardonnay barrels, was also a standout.

In the next round, we were plied with the likes of Dainton’s ale brewed to taste like a Manhattan cocktail and Stone’s bourbon barrel aged Arrogant Bastard. Essence of whisky didn’t sway this crowd, who instead voted for the hoppy flavours of Tuatara’s APA and Blackmans’ Bells Pro. So the final round came down to Victoria versus New Zealand. The crowd was divided, but Tuatara’s Black Toasted Malt Stout won out by a small margin against Blackmans’ Reginald IPA. 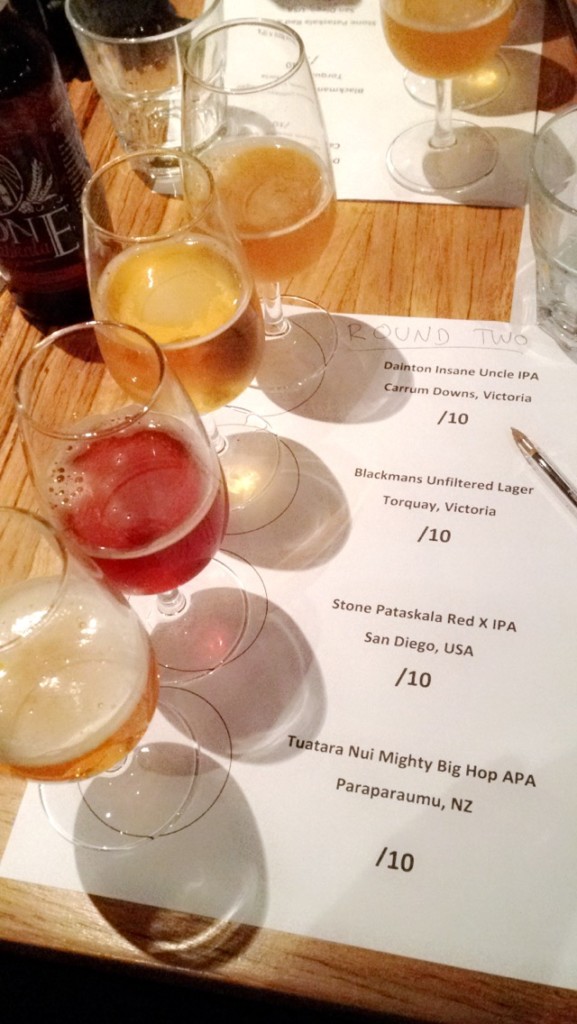 This was such a fun night out. Everyone was in jovial spirits and the brewers joined the fun, exchanging good humoured jabs and some quality smack talk. Trying 17 interesting beers sealed the deal. I am locking Victoria vs. the World into my Good Beer Week diary for next year.

The Terminus is the Pint of Origin for Melbourne during Good Beer Week. Stop in for a tasty pint from a local brewer this week. Or any week.

Check out our Good Beer Week guide for more fun events this week.

Disclosure: The Plus Ones were invited guests of The Terminus.