Enter the man cave. Freddie Wimpoles is bringing my small town America bar dreams to life. Bigger and better than I could have imagined. Smokey drinks populate the cocktail menu and the bar features 14 taps. Feeling a bit peckish? Chilli dogs and salty olives will line your stomach for another round. Animal heads and neon beer signs provide the décor and you can feast your eyes on an entire wall lined with tinnies. 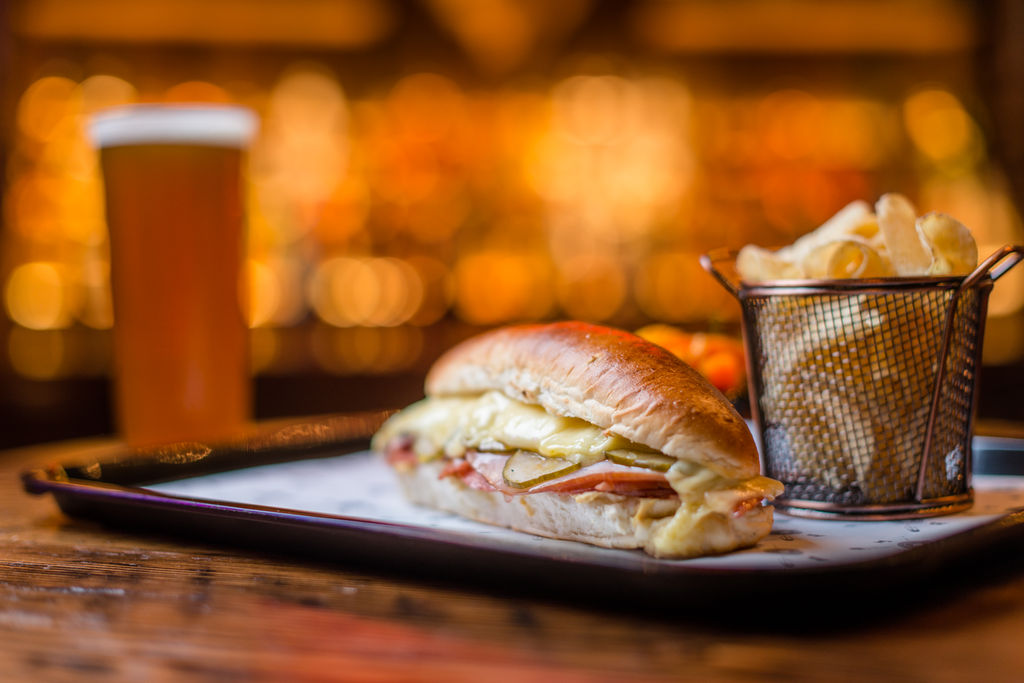 The bar is named after its previous owner – Frederick Wimpole – a man with an impressive beard. He also happened to be the mayor of St. Kilda over 100 years ago and the director of what would become Carlton United Breweries. In his honour there is a tap devoted to Carlton Draught. The remaining beer list is full of craft stock favourites – including Sierra Nevada, 4 Pines, and Feral. If you’re looking for something a little more unique, order the Improved Old Fashioned beer from Brooklyn Brewery. Inspired by the cocktail, the beer is aged in rye whiskey barrels. Recommended pairings for this beverage include game meats, rich desserts, and an overstuffed leather chair. A select few bottles have made it to Australia and the only ones that aren’t being consumed during Good Beer Week are going to Freddie.

The cocktail menu is short but effective. Prefer your drinks on the sweeter side? Try the basil and blueberry martini. There’s also the universally popular naked espresso. However, my personal favourite was the smokey old fashioned. This concoction came in two parts – a tumbler filled with smoke and the cocktail on the side. Woodchip aroma filled the air and smoke spilled down the sides as we combined the two.

Freddie Wimpoles is bringing some good beer vibes with the South Side. Is this the place for a million Instagram pics? Probably not. Is this a bar where Freddie would order a drink? I like to think so.

– Jenny
Jenny Schmidt is an event addict. When she’s not attending live shows, you can find her sampling the latest craft beer or sipping a creative cocktail.

Disclosure: The Plus Ones were invited guests of Zilla and Brook.
Photo credit: Eugene Hyland.

A night of splashing and movie-going with Hot Tub Cinema