We came from all walks of life to queue up at the Wheeler Centre at 9am on a Saturday morning for ‘Paul Kelly Does Shakespeare’. On a pilgrimage of sorts, we stood much as they would have outside The Globe theatre in London in the late 1500s. We came to honour the 400th anniversary of the passing of the Bard.

The words of his sonnets were put to music by a man considered to be the bard of this nation, Australian musician Paul Kelly. Kelly and friends presented his new 7” vinyl and CD release ‘Seven Sonnets & A Song’ in honour of the day. Showcasing a mix of genres and performance modes – song, acting, spoken word, informal chat – a range of works and performers took to the stage, shining the light of Shakespeare’s words of wisdom onto the common people, as ever they were.

Stepping out from rich curtains, the tales of an actor who wrote of kings and princes, fools and lovers, of everyday people, and the machine of power, showed up as cast in his commissioned poetry, spanning from the earliest days of his career to his end as wealthy shareholder and theatre producer. Kelly presented these words with his laconic, laidback style, one of reflection, intimacy and nostalgia. 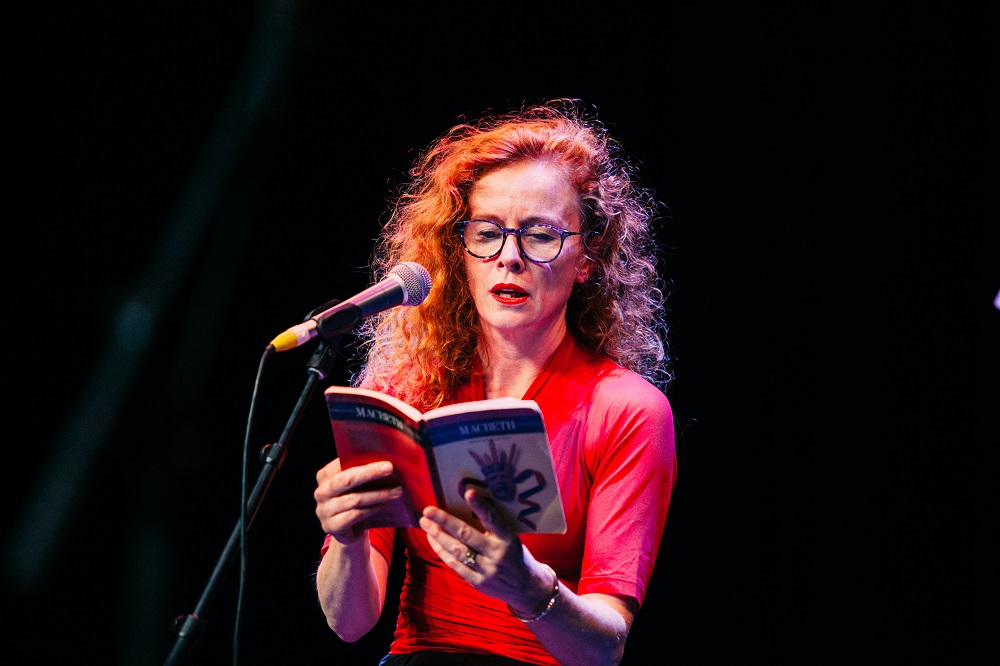 A range of performers supported Kelly’s songs – actors Alison Whyte and Bert La Bonte acted the drama of Richard III and the Macbeths-at-home; a mini-cast from the Australian Shakespeare Company brought to life ‘As You Like It’ with its range of characters. We heard a spoken word retelling of Caliban and Othello in Harlem. Local singers Vika and Linda Bull brought their deep pathos and otherworldly vocals, and singer/banjo player Alice Keath delighted with her folk-blues.

Kelly, an expert in solo performance, showed his special qualities in song on his acoustic guitar. Themes close to his heart emerged: lost love, wronged intentions. His style is colloquial, declarative, and confessional. Attention was drawn to the question of legitimate inheritance and land claims (repeated themes in Shakespeare’s writing) and of relevance to us as Australians.

It may have been Shakespeare’s ‘deathiversary’, but the rapt faces of the crowd belied the notion that this writer’s power had passed from this world. Through Paul Kelly and his friends, we were witness to the life yet in his tales of human variety, of their universality and timelessness.

Paul Kelly’s ‘Seven Sonnets & A Song’ is available to download on iTunes and purchase physically via Amazon. For more Shakespeare, see what the Melbourne Shakespeare Society is up to in their 2016 program.

Disclosure: The Plus Ones were invited guests of The Wheeler Centre.
Photo credit: Connor Tomas O’Brien.

Best of May 2016: everything to put into your diaries