Corsets, goth, steampunk – it was all on show. The Melbourne Alternative Designers joined together at the M.A.D. Fashion Showcase to demonstrate just how talented this city is.

Headed up by Melbourne labels Clockwork Butterfly and Lyris Designs, the evening was comprised of nine designers from all over Australia. This was a chance not only for the creatives behind the clothes, but also the hair and makeup artists whose work was just as much on display. The results were stunning. 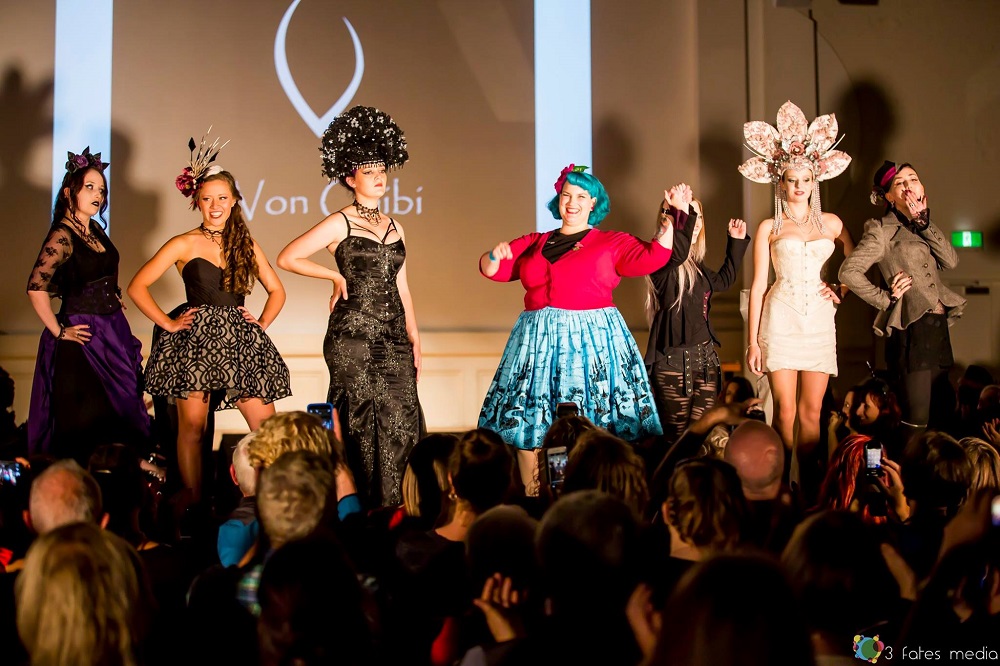 The tone was set by the initial designer, Asylum Dollz. Their first model strode out, lipsyncing to the song. Each outfit was a piece of performance art, with all the models dancing at the end. Von Chibi paired corsets and menswear-inspired jackets with beautiful headwear from Cherry Pie Millinery. I suggest that someone needs to wear one of these fascinators to the races.

Next up: Harpi, from Brisbane. The line ran the gamut from drapes and ruffles to a Dr. Evil-style silver number on a male model. Speaking of models, it was fantastic seeing how many ‘alternative’ models there were at the showcase. All heights and sizes were represented, illustrating that can make everyone look stunning.

Gypsy’s Sewing Box was one of the most interactive, with the eponymous designer Gypsy holding a bow and arrow to great effect, and one of the models twirling up the runway to showcase the beautiful layered skirts. 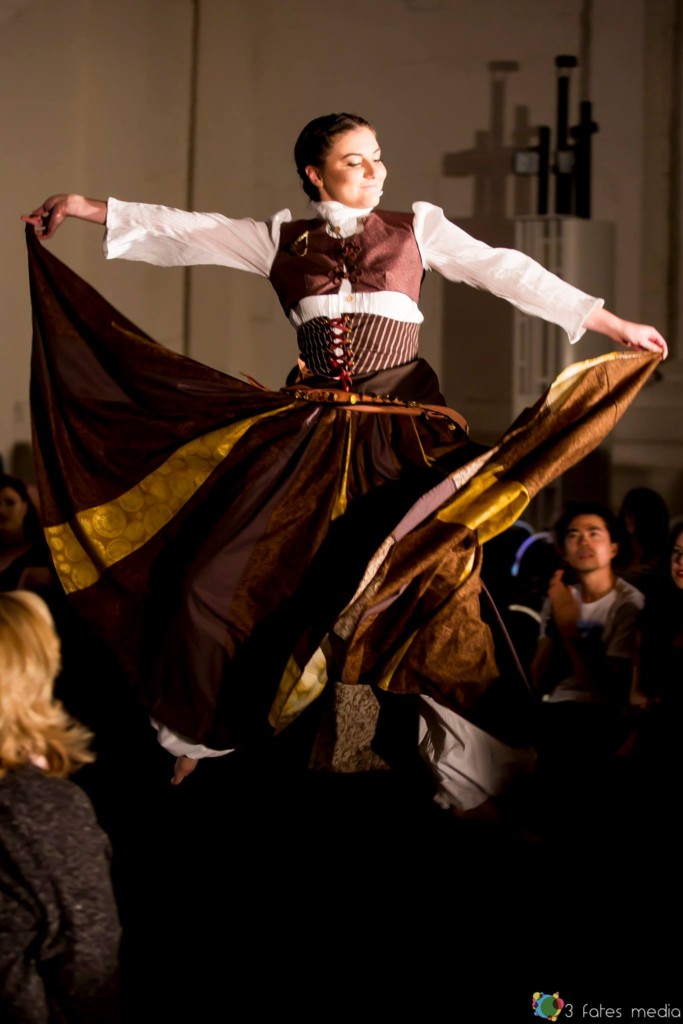 Finishing off the first half, Clockwork Butterfly brought their inimitable steampunk wares to the stage. The crowd loved the electroswing music, the mustachioed dandy, and the little girl accompanying an Edwardian-style lady with a teapot for a cup of imaginary tea. 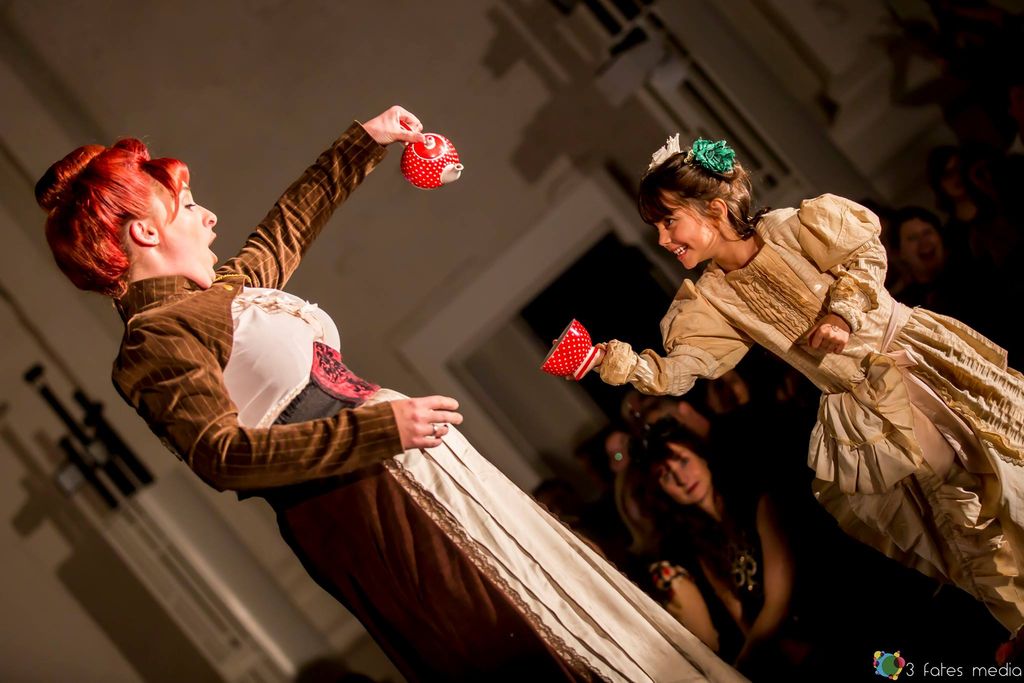 Starting us off after the interval: Lady Moon Designs from Tasmania, all tulle and sparkles. I mentioned the music earlier. Each designer picked their own song for each model. Next time they should really release a Spotify playlist afterward. It was too much to take photos, notes, plus try to Shazam all of the great tunes.

Assassinus gets the award for most alternative designs. Billed as ‘metal couture’, they had corsets and candy-striper style outfits made out of, you guessed it, metal. Not the most comfy to wear, but visually arresting. 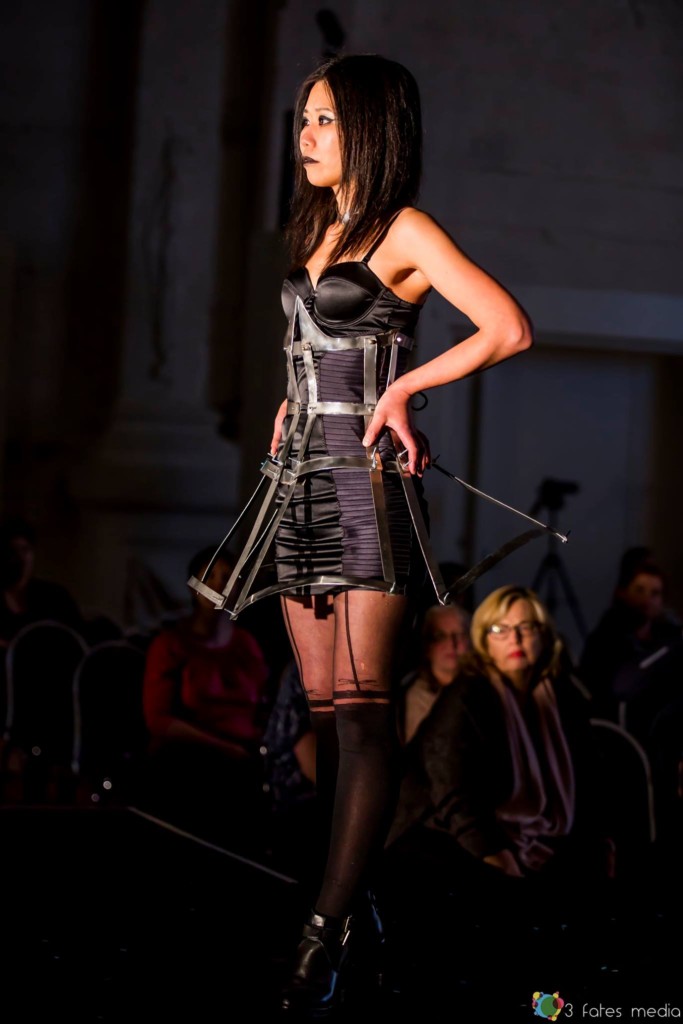 Who is Hiraeth? We may never know, since the designer is mystery. The line held one of my favourites of the night, an absolutely stunning red dress with a bustle on the back. Words don’t do it justice.

Ending the evening: the showstopping Lyris Designs. The hair and makeup were by far the best of the evening, complementing the beautiful hoop skirts, corsets, and lace gowns. 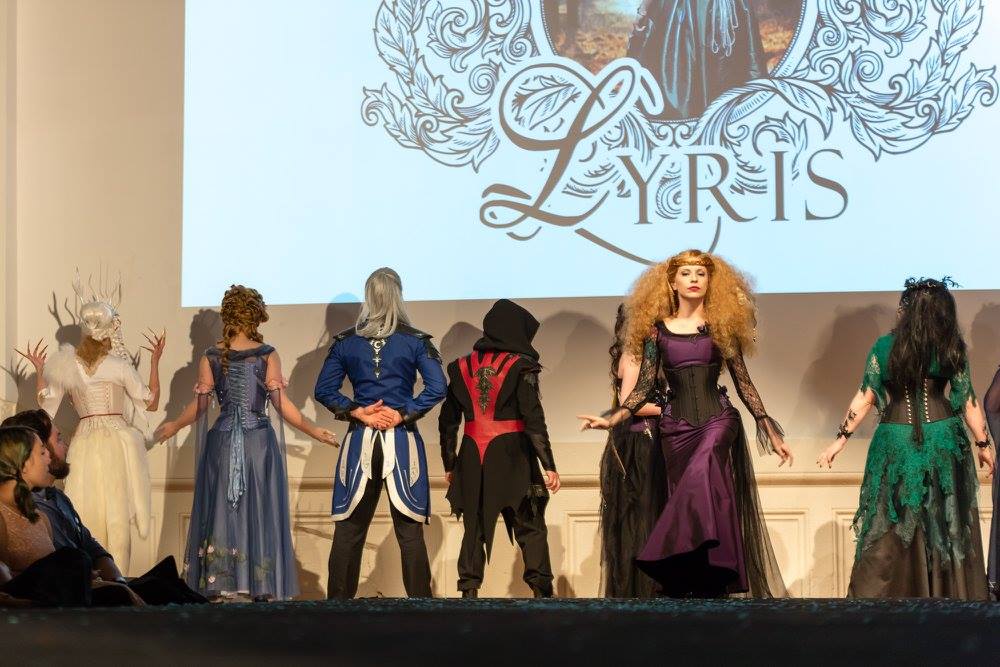 With a full-fledged market to shop in during the interval and after the show, it was all I could do to tear myself and my plus one away (but not before she bought some makeup). The interactive nature of the event – both with the market, and with the astoundingly perfect MC, Richard Vegas, elevated this fashion show far beyond many of the runways I’ve yet seen. The next time the Melbourne Alternative Designers hold an event, you simply must attend.

– Theresa
Co-founder of The Plus Ones, Theresa someday plans on owning a full costume from one of these talented designers. Perhaps Hiraeth’s red dress…

Follow the Melbourne Alternative Designers to keep apprised of their next event, and what’s happening in the world of alternative fashion in Australia.

Disclosure: The Plus Ones were invited guests of the M.A.D. Fashion Showcase.

A night of literary speed dating with Spark Dating