The 6th Annual Drag Party at Scratch Warehouse. Try explaining that one to your mum.

It wasn’t actually as complicated as it sounds, but it sure was pretty magical. Nestled down a North Melbourne laneway, Scratch Warehouse is one of those venues that allows all manners of weird and wonderful to happen between its walls. This party allowed everyone to feel at one with their bright and daring drag costumes and make up, while taking in the live performances, or chilling out while watching artists work up beauty on canvas.

Upon arrival there was a performance going on, where one individual, dressed in quite a stunning suit, owned the floor with some sort of spot on impersonation. Couldn’t tell you who the music was by, but it was great nonetheless.  A kind lady pulled me into the crowd to get a closer look, and commented that I smelt like coconut oil. We had a great chat about homemade body scrubs. It was a slightly odd setting for it, but in some ways proved that everyone there had a good soul. 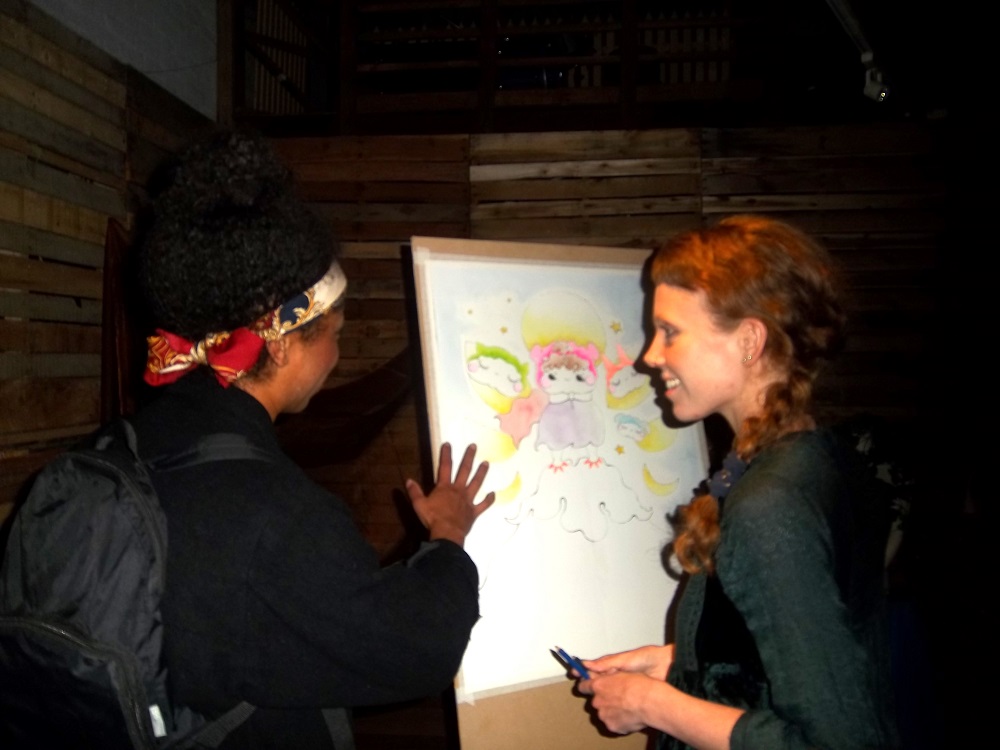 The DJ we found ourselves grooving to was all about the disco. It was nothing short of fantastic, with stuff being strutted all over the place. Performances challenged gender barriers, and one in particular also challenged social oppression and stigma. It was a genuinely beautiful performance of a dancer wrapping themselves in and out of a giant white cloth that was affixed to the walls. It’s hard to give it justice with words, but it was very meaningful.

The party also featured a selection of live visual artists showcasing a variety of talents and styles.  My plus one struck up a conversation with one talented lady by the name of Lucy Buxton. She asked if the characters she draws were self-portraits. The artist explained about how they were an embodiment of parts of herself, knowledge which allowed us to enjoy her work even more.

It’s going to be a year before another drag warehouse party, but hold on to your glitter and get planning! In the meantime, Scratch Warehouse is likely to have something equally daring to tickle your fancy.

Disclosure: The Plus Ones were invited guests of Scratch Warehouse.

Comedy Festival: Jan Van de Stool – I Get the Music in You