My ephemeral history as a whisky drinker only lasted about four hours, on a night train from Edinburgh to London. The fatal combination of generous sips straight from the uber-priced bottle of Scotch and good old motion sickness had me occupying the train toilet (with smashingly low hygiene standards) for quite awhile.

Thinking that’d be the end of my affairs with this so called ‘water of life’ (whisky translates to ‘aqua vitae’ in Latin), I pleasantly surprised myself when I leapt at the opportunity to attend a whisk(e)y tasting session organized by The Whisky Co. My fellow whisky enthusiasts and I filled the elegant ground floor of the Hardware Lane beauty Nieuw Amsterdam on an unassuming Tuesday evening. 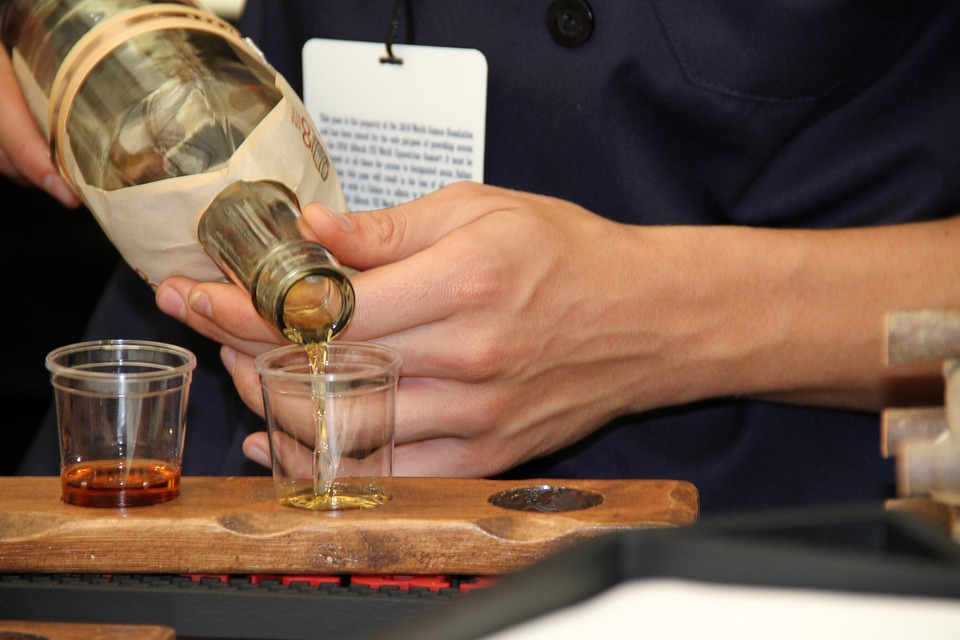 The Whisky Co. was founded by the whisky evangelist Ren Butler, who ventured down to Melbourne a few years ago all the way from California to spread the love of this magical liquid through her startup. The Whisky Co. takes over different venues for their occasional tastings and offer quite a few glasses of premium whisky, a good deal of information about the distillation methods, different whisky types and tasting notes — plus a chilled and an amicable atmosphere for you to socialize with people from a wide range of backgrounds. I befriended a Taiwanese photographer (who knew nothing about whisky), a young osteopath (who wanted to learn a thing or two so he could show off) and a middle-aged businessman (who was entranced with joy as he was sampling).

Here are the fine drops we sampled through the two-hour session:

I can ramble on the difference between whiskey and whisky, oakiness, the single-malt business, but why would you waste your precious time? Just do yourself a favor: jump on their website and sign up for their VIP Membership Launch.

VIP Membership launches on 31 March. Sign up to know first at www.thewhisky.co.
Plus, party at The Whiskey Social launch party on 8 April.

Disclosure: The Plus Ones were invited guests of Whiskey Co.
Photo credits: nicokaiser, pixabay.

The Barbershop: A 1920s Speakeasy