Narrative concerts are a relative newcomer to Melbourne’s live music scene. A far more authentic experience then a tribute concert, the audience also get to learn the stirring — yet often tumultuous life stories — of revered artists. Starring the spellbinding Vika Bull, ‘At Last: The Etta James Story’ is much, much more than that. I walked in Arts Centre as an Etta James fan and left as a Vika Bull groupie.

Presented by Arts Centre Melbourne and Room 8 Productions, ‘At Last: The Etta James Story’ takes on a hard gig. Putting on a show about arguably one of the most critically acclaimed and influential female singers of the past 50 years is certainly not for the faint-hearted.

We’re introduced to the five-year old Jamesetta (that’s how you turn your unfashionable name into a stage name, kids!), who was abandoned by her 15-year-old mum, and taken to a musical journey through the life of the legendary but troubled Etta James. Along this winding road, we’re accompanied by the timeless classics of Etta. ‘Something’s Got a Hold On Me’, ‘A Sunday Kind of Love’, I’d Rather Go Blind’, and the eternal favourite ‘At Last’, to name a few – all eloquently performed by the utterly talented Vika Bull. 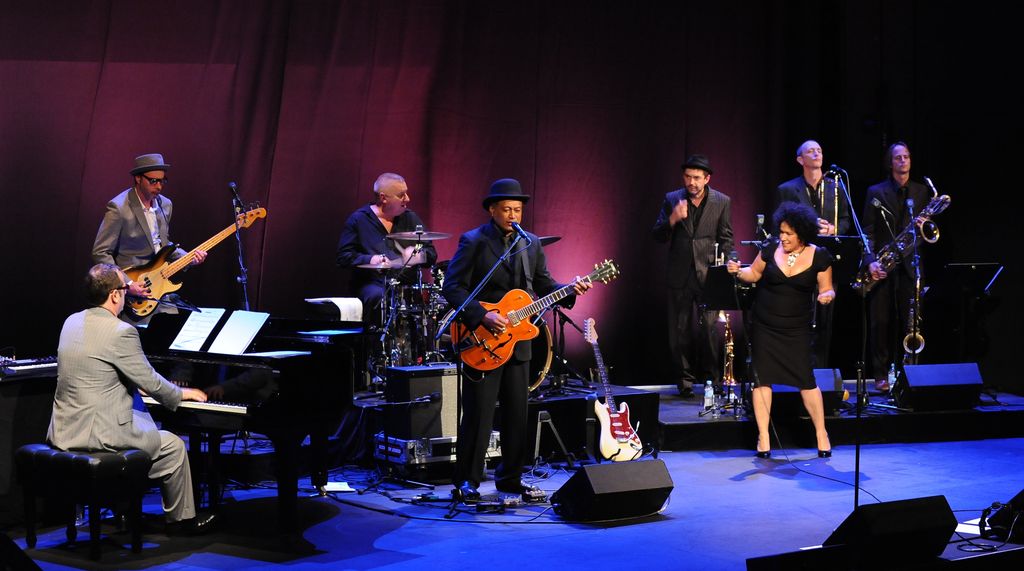 ‘At Last: The Etta James Story’ is a display of bravura. Vika and her band, The Essential R&B Band, put their heart and soul on the stage. The outcome was a well-crafted story telling and a powerful musical experience to the fullest that brought us (and the whole audience at the booked out Playhouse) to our feet. At the end, Vika said if there was a stage in heaven, she was sure that Etta would be rockin’n’rollin’ on it and making the angels weep. Well, I say, if there is a satellite TV in heaven, she’d be on her feet too, clapping and cheering for Vika and the band.

We stepped out to a pleasantly cold and invigorating Melbourne night, after a two-hour intense and fulfilling performance. Against the backdrop of flickering lights of South Bank and the glowing moon over the Yarra, a witty busker was busting out James’ ‘At Last’ on his saxophone. I thought to myself, it’s only a matter of time until we line up for ‘The Vika Bull Story’.

Disclosure: The Plus Ones were invited guests of Cavanagh PR.
Disclosure: Photo via Eventfinda and Lightbox Photography.

‘The Winners’ at The Owl and Cat Theatre