I’ve spent many years studying French, but for some reason never quite computed that ‘Mardi Gras’ translated to ‘Fat Tuesday’. Until I went to the Fat Tuesday New Orleans Festival, where I was given a complete education into the origins of New Orleans’ famous Mardi Gras (not Sydney’s, that’s quite different). Turns out it’s the last chance to get all that indulgence sated before Lent. I’m not Christian, but this event is one I can sure as Hell get behind.

Argyle Square in Carlton was transformed into a proper little outdoor one-stage festival, with bars, a stage with ample dancing area, and many a food truck. Never has a decision between gumbo, po-boys, pulled pork, and tacos been more difficult. That’s the point of a plus one really, so you can tell them what they need to try and then eat half of it. We were won over by the smell of Bluebonnet BBQ and the words ‘pulled pork and coleslaw’, as well as the majestically bearded guys working the front of the stall. We also got our hands on a pulled beef po-boy that was inhaled before we could even take a photo. I now decree all roast meats must be in pulled form. 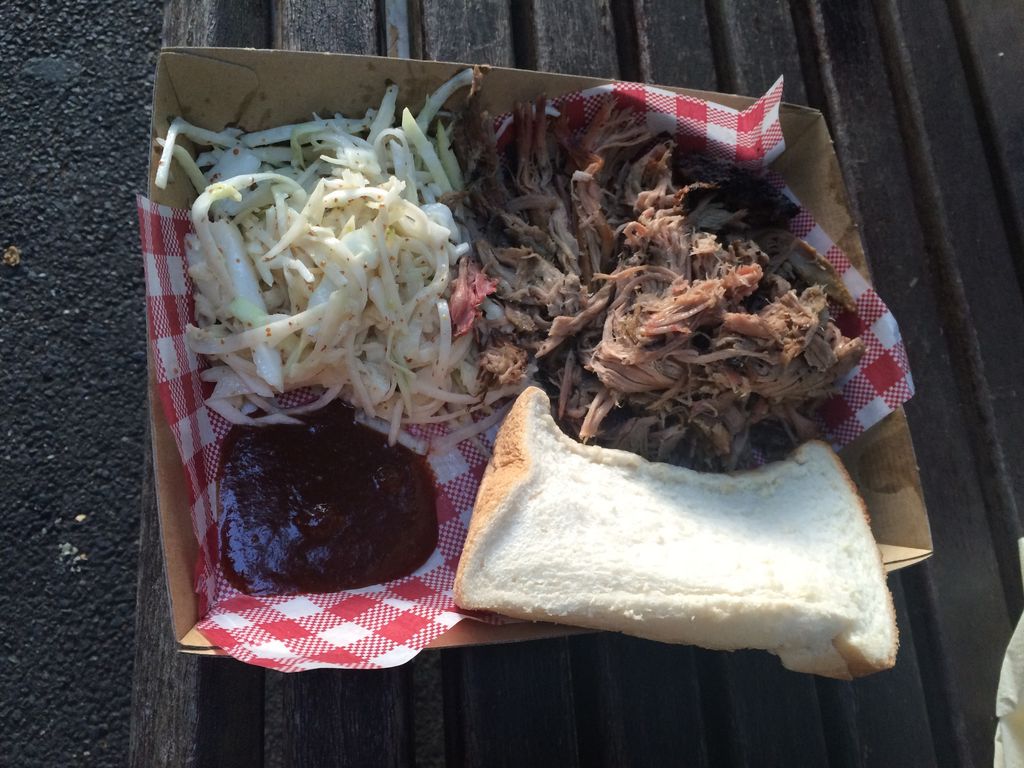 As the sun started to gloriously set (good job Melbourne), the music started up as people kept pouring in the gates. The first band seemed to be a family ensemble who enjoyed accessorising with Native American headdresses. This really wasn’t okay, at all, and we were a bit shocked that it was a thing people thought was okay in such a public forum. It seemed a lot of the crowd agreed, as they refused to dance no matter how much the bonneted lead singer told them to drink more and get on the dance floor.

We headed away from the food to let our tummies digest and got some tasty cocktails and observed the crowd. I’d been told to wear Mardi Gras colours (green, purple, and yellow). While there wasn’t an overabundance of these colours in the onlookers, there were some truly spectacular costumes from those who had gone all out. Then the Mardi Gras king and queen were announced. Our king was a tiny tyke in a feather boa and feathered giant hat, and a whole lot of football memorabilia. The queen was the stunningly corseted Lady Bellentina (whose outfit made much more sense when I found out she’s a lingerie blogger). 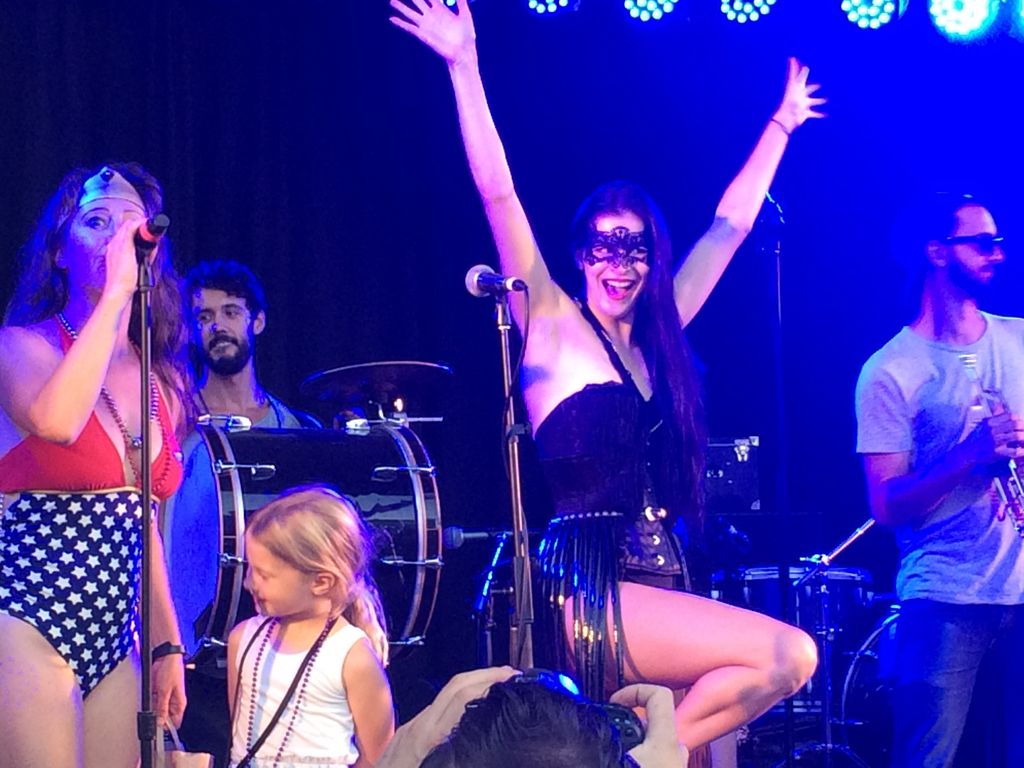 As the sun went down, the horns came out. It’s just not Mardi Gras without a massive brass section playing all the greats. I’m already a long time fan of Jazz Party, having danced many a Monday night away at The Evelyn to their smooth tunes, as well as swooning over the magnificent Loretta Miller’s voice (I fell in love with her back at Mojo Juju’s corner gig). When she wasn’t on stage, Loretta was in the crowd setting the moves and getting the crowd dancing – and by gosh it worked. There weren’t many feet standing still by the end of the night.

I’ve heard great whisperings about the Horns of Leroy. They were all true – I made the error of standing near the speaker to take a photo of them as they began playing, and when there’s the combined noise of five horns and two drums blasting at you from close range you bloody well know about it. But what a way to lose your hearing. The boys had so much energy that even my cocktail- and tasty food-filled stomach was itching to dance.

Fat Tuesday was everything I hoped it would be. It was slightly spendy at up to $28 a ticket for access to food trucks and bars, but the live music added value and was definitely what pulled the whole night together in the end.

Now it’s time for 40 days of restraint. Or not.

– Jasmin
Jasmin Ashton is a PR whiz and freelance writer/designer from Melbourne who has a lot of feelings about pretty much everything. Find her at @Jasmanna.

Disclosure: The Plus Ones were invited guests of Fat Tuesday.

A little ‘Schmaltz’ at The Malthouse Theatre