Melburnians love hidden, unusual places. We’re a city built around tiny bars down dark laneways, after all. So it comes as no surprise that one of the coolest places to be on a Friday night isn’t one you can see from the street. It’s the back courtyard of the Immigration Museum, home of the Courtyard Cantina series.

Part of the ongoing North South Feast West festival, Courtyard Cantina brings the Immigration Museum alive with DJs, food stalls, and special events. Enter through the historic Customs House (now the museum) and make your way to the tree-filled courtyard.

Not only are you in a place you’ve probably never been to before, but you could easily spend the whole evening there. Food-wise, there’s something for everyone. The lineup of vendors includes Burn City Smokers,  Feast of Merit, Señor BBQ, Cornutopia, and more. So whether it’s pulled pork you’re after, or a cheese-filled empanada, you’re sorted. Drinks: everything you can think of. Music: DJs from PBS radio spinning fun tunes. 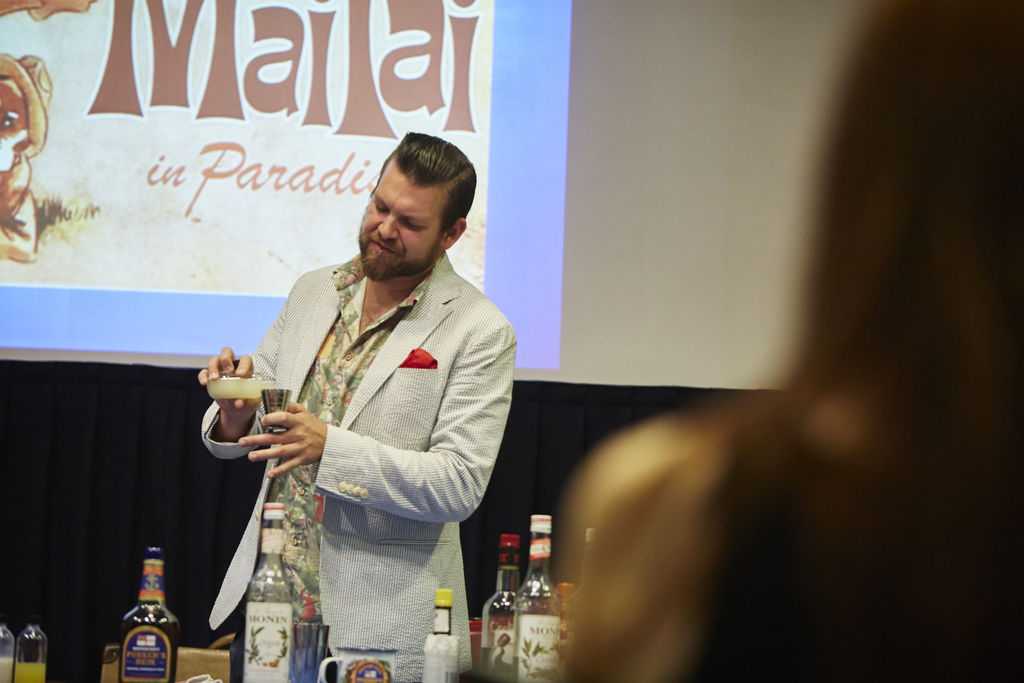 Special events run almost every week. On kickoff night (5 February), I got to attend the ticketed Tiki Time cocktail workshop by man-about-town Fred Siggins, of Black Pearl fame. Fred guided us through the history of the tiki bar movement, from its historical origins in the Pacific and Caribbean to the half a century it was the type of drink to have and bar to go to. Everyone fell for the samples of the classic cocktails (the Zombie, Mai Tai, and Pina Colada) that Black Pearl bartender Will Sleeman whipped up. It was so popular that it’s on again on the 26th — book now before it sells out. And if you head down on the 19th, you’ll be able to see the special VAMFF fashion event  they’re hosting.

What’s not to love? A hidden location, great food and music. Plus the Immigration Museum itself is half price during the Cantina. Add your friends to the Facebook event and head down. It’s only happening till the end of February.

-Theresa
Co-founder of The Plus Ones, Theresa’s making sure her Friday nights in February are blocked off for more Courtyard Cantina action.

Courtyard Cantina runs every Friday from 5-9pm in February at the Immigration Museum (400 Flinders St). Entry is free; museum entry is $7. The venue is accessible.

Disclosure: The Plus Ones were invited guests of Museum Victoria.
Photo credit: Immigration Museum.