Think Inc. is an Australia-based enterprise, dedicated to breathing a new life and enthusiasm into rational daily conversation. How? With brain-nourishing events welcoming leading scientists, intellectuals, and writers, or in short: with thinkers. Recently, they brought us five time New York Times bestselling author, Sam Harris. 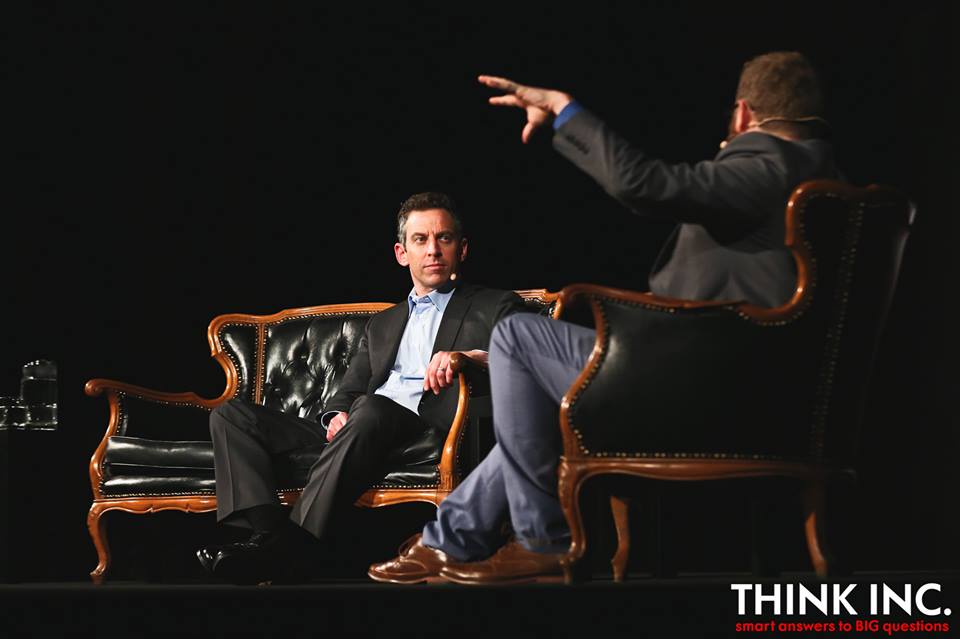 With the help of recent speakers such as Neil Tegrasse Tyson, the crowd gets its dose of stimulating conversation, with a touch of star dust. In the case of Sam Harris, whose writing and podcast I follow closely, my brain was excited, but I also wondered – where were all the women in the crowd? At least I did my bit for gender balance in the room, by inviting my friend Rosie to be my plus one.

Sam Harris is an admired neuro-scientist and thinker among many, and a target for unjust abuse among others, due to his outspoken – and for some people controversial – opinions on religion and politics. He inspires people to think, but ironically, as an advocate of mindfulness and meditation, he also inspires people not to think. 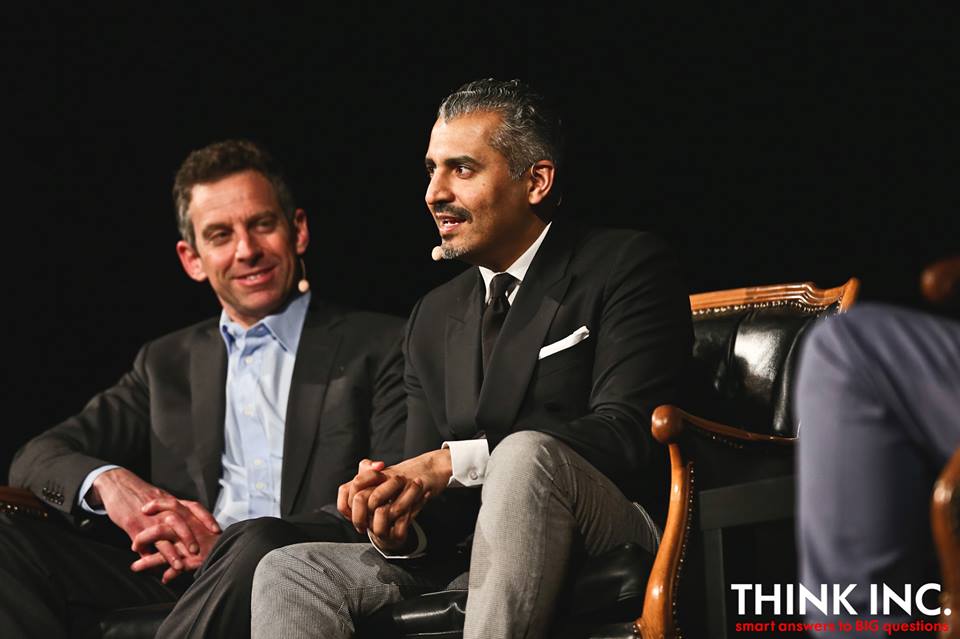 Harris came to Australia to promote his latest book Islam and the Future of Tolerance, which he co-wrote with Maajid Nawaz, a former radical Islamist, who is now fighting to critique the dangers of extreme religion. Nawaz joined in as his special guest, and his passionate and articulate speech was a perfect match to Harris’s calm and slow-paced words.

This wonderful evening left me wanting more, and Think Inc. did not disappoint: after they have managed to bring some of the most fascinating thinkers to Australia, their latest announcement is stirring excitement among people who love, love, love to think: An Evening with Edward Snowden, with events running across Australia. Since Snowden isn’t able to travel overseas, he will appear via video.

-Lee Gal
Lee Gal has moved to Melbourne 6 years ago, and immediately called it home. She always loves exploring the wonders of this city, with a plus one or three by her side.

Think Inc.’s next big project is a video-link with Edward Snowden on the 22nd March. Get your tickets before they sell out.

Disclosure: The Plus Ones were invited guests of Think Inc.

Midsumma: ‘The Measure of a Man’ review