Could anything be cuter than the name ‘Boatroquerfort’? It’s a portmanteau of ‘Boatrocker’ (as in the brewery) and ‘Roquefort’ (as in the cheese). Combining the two was the idea of Piggyback Events, who specialise in putting on adventures throughout the beer world. Five beers paired with five cheeses at an event inside a brewery. Excellent idea.

There was just the fact of getting there. I’d not yet journeyed to Boatrocker for the plain fact that it’s located in Braeside. Halfway to Frankston is usually too far for this car-less gal to go. But the siren call of cheese was strong, so off I went on the train. (Piggyback arranged a van from Fed Square, but those of us who signed after it was full were asked to make our way to Mordialloc station for a pickup.) After many trials and tribulations – including bus replacements and a +1 who decided he’d rather play volleyball than catch a timely train – our odyssey thankfully concluded at the brewery. 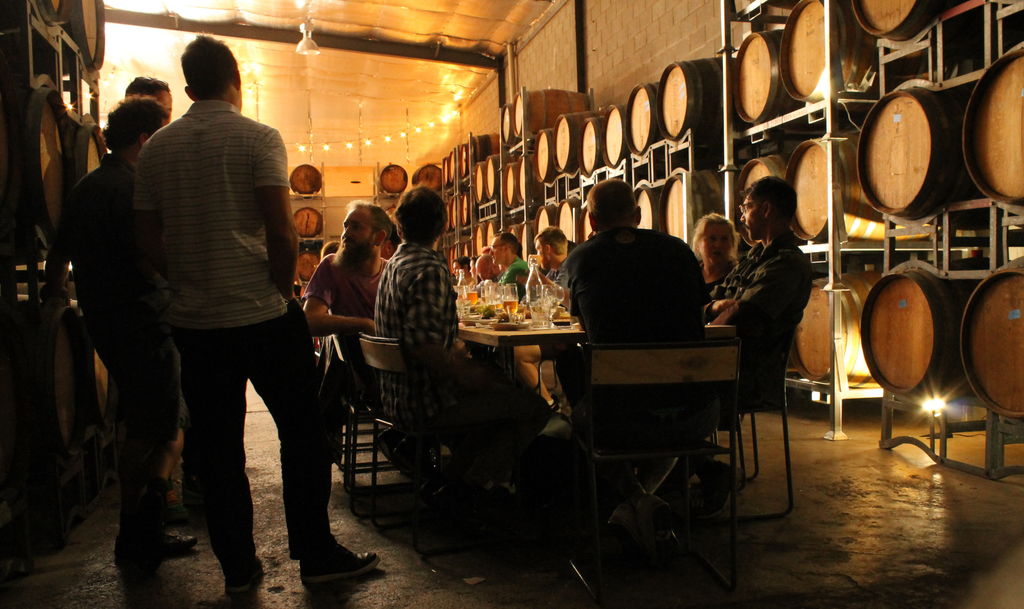 The spacious shed that houses the brewery is decked out with beautiful old oak barrels along one wall. In the front, the café and tasting area hosts lucky locals who can walk up any time for pulled pork or bratwurst for lunch. We were lucky, too – the two dozen attendees had a section of the room all to ourselves. A long table groaned under the weight of cheese platters, along with trays of crackers and bread (that magically replenished themselves throughout the afternoon).

Michael, one of Piggyback’s founders, gently guided us through the five pairings. With occasional assistance from Boatrocker’s brewers, he briefly discussed what made each beer so special, and why he chose to pair it with each cheese. Then we were left to dig in and make friends with our tablemates. Our menu:

Standouts were the final three beers. The Belgian-style Tripel, made with yeast from a Trappist brewery, gave way to the Gaston (so beloved by my +1 that he purchased a large bottle to take home). Last but not least was the dark Ramjet, rocking in at 10%. Cheese-wise, the Piggyback team took us on a journey befitting the international beer styles. Crumbly cheddar from Tassie gave way to ripe European selections replete with unusual facts. For example, Belgomilk Oud Brugge’s Prestige is made only from cow’s milk from the month of May. 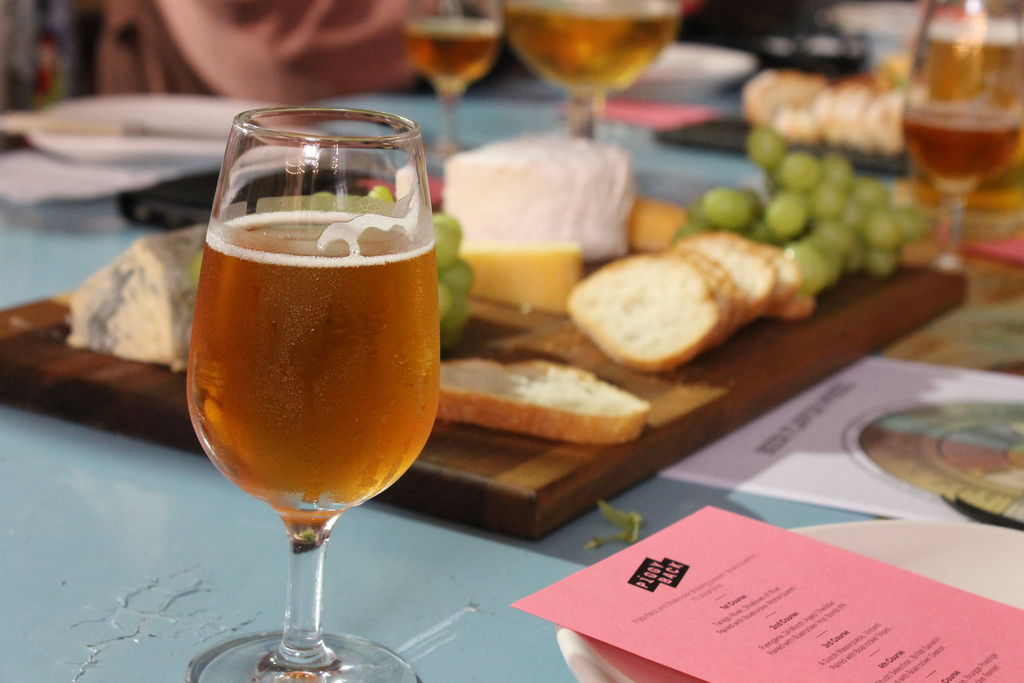 Every detail of the day was thought out, from the cute menus on our plates to how the Piggyback team gave us different glasses for each beer. It’s the little things that count at events like these. Everything was designed perfectly so that we could sit back and enjoy the experience. We always talk about value for money at The Plus Ones, and Piggyback over-deliver. The next time they have an event, I’ll be rounding up a group of friends to go along.

-Theresa
Co-founder of The Plus Ones, Theresa wishes every single weekend involved matching five craft beers with five international cheeses.

And if you’re near Braeside, check out:

Disclosure: The Plus Ones were invited guests of Piggyback Events.