Does the universe have memory?
Yes.
Do you know how I know that?

Because I got to attend the Interrobang Festival of Questions, and the marvellous Dr. Alan Duffy told me. Essentially, if you are looking at the planet from x light-years away, you can see things happening at different speeds – which means some alien life could potentially be viewing my 11-year-old self’s gold turtleneck vest phase. That’s a horrifying thought.

I adore the Wheeler Centre and all its work. I regularly jump onto their site to see what cool talks are on, and when I saw the mass of events under Interrobang, I was so there. The carefully selected Brains Trust of speakers included science legends, comma queens, advocates, comedians, cooks and more, all curious and passionate about words and seeking answers.

Interrobang hosted a massive 26 events in just over 30 hours (we did get to go home and sleep though), and the lack of a time-turner meant I had to make sacrifices. Thank goodness for podcasts! 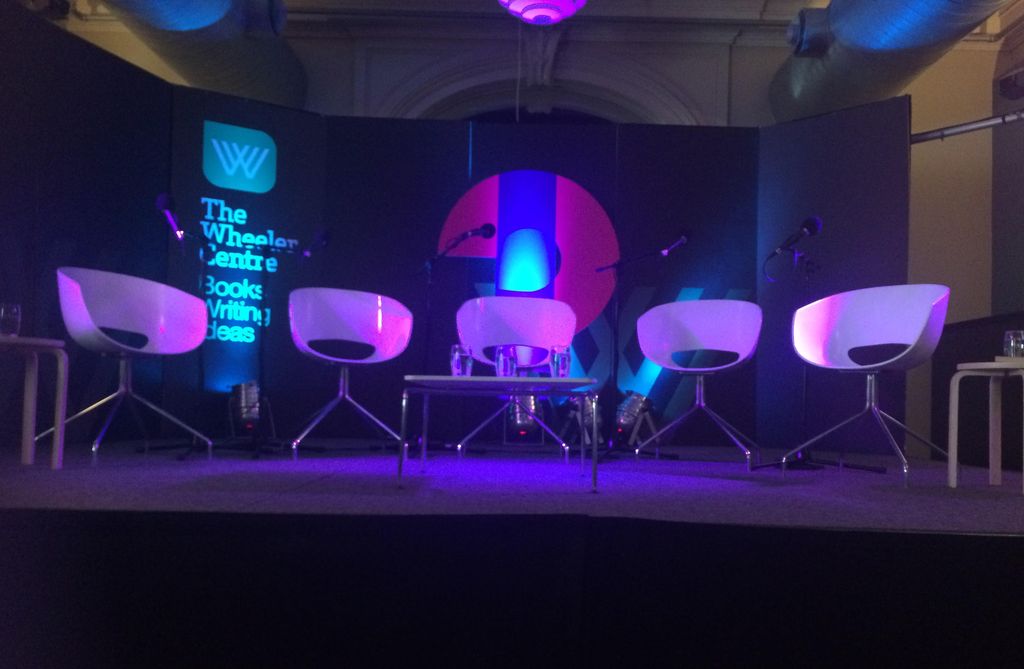 After the wonderful opening event on Friday night, featuring a bunch of the Brains Trust answering deep philosophical questions for points, I kicked off Saturday morning with a panel of why there’s pressure on women to be ‘good’. Jane Caro led a conversation with a panel of four that praised the merits of hitting 60 and no longer being completely sexualised by society, discussed parenthood and gender roles, and had some bloody good laughs along the way. As Caro pointed out, if women were after true equality, we’d demand total control of society for 2,000 years, just like men have had.

I was front and centre for ‘why are people nicer when it’s your birthday’, the answer of which laid in purely selfish reasons, of course (it’s my birthday next week, please be nice to me still). Sammy J. led with an interrogation of ‘how are you’, demanding honest answers – some panellists were having health issues, others were severely gassy, others nervous. I’ll definitely be answering more than ‘fine, thanks’ from now on.

I was also lucky enough to get to sit in the audience of Cheryl Strayed and Meghan Daum. Cheryl is the author of Wild, the memoir that recently got turned into a movie by Reese Witherspoon. They spoke of grief, writing, and advice giving, and that time Cheryl’s daughter blocked up Oprah’s toilet and it started overflowing. Inspiration and comedy all in one.

My final formal panel was between New York Times copy editor and ‘comma queen’ Mary Norris and the inimitable Jane Caro, with Mary elaborating on the particular NYT style guide, the downfall of language caused by emoji (which I respectfully disagree with), and how it felt for the editor to become the edited when working on her new book. I’m certain Mary would attack this piece with a metaphoric red pen, but I’m keeping the emoji out so I think I deserve brownie points. 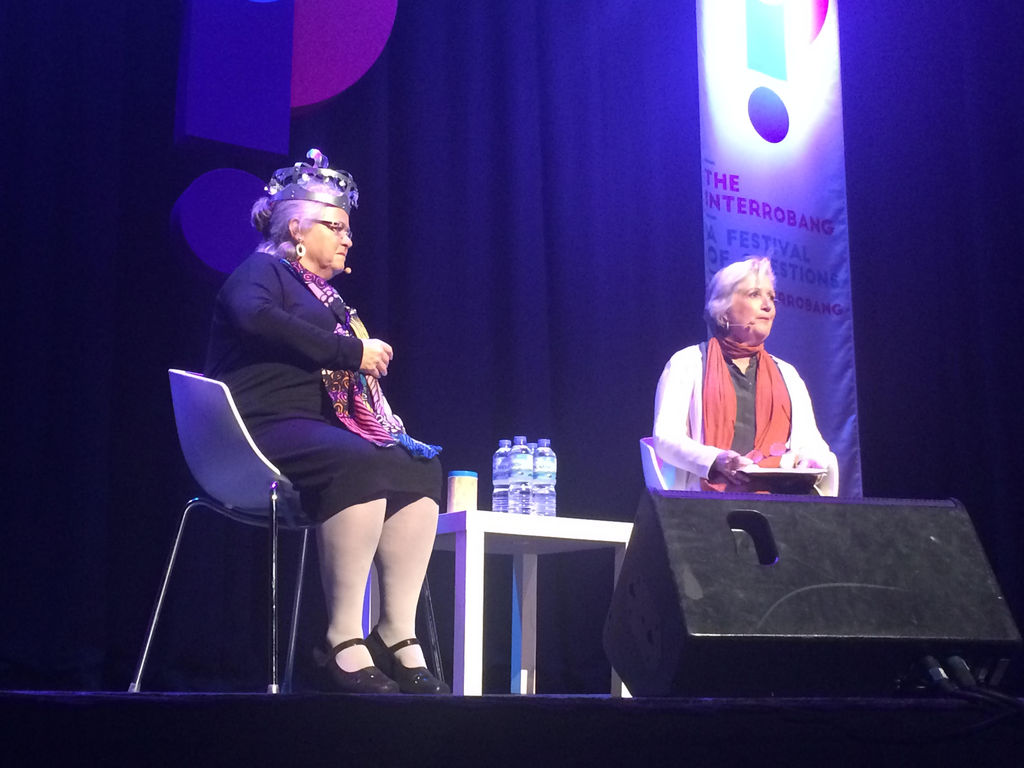 The last event of Interrobang was ten responses to the question ‘do actions speak louder than words’. Oh my. Actions might have won the night, but it was the words that brought to tears more than once. The Brains Trust shared deeply personal stories and experiences that moved and convinced the audience, with the exception of Alan Brough who played an amazing game of charades with the audience to prove his point.

You would be wrong if you assumed that a festival of questions provided solid answers; more often than not the speakers responded to a question with another question, a few retitling it ‘The Festival of Unanswerable Questions’, except for the deepest, most profound question of all: Cats or dogs?

The premise of the entire festival is wonderful: all questions were crowdsourced through social media and their website, including that cat/dog question, and at the end of each panel the audiences had the opportunity to ask live questions to the panellists, leading up to my shaking hand holding a microphone as I got to ask a group of people, some of whom I’ve idolised for many years my own Big Questions.

I’ve been left with a whirring brain. Each of the 28 speakers brought different perspectives, life experiences, expertise and passions to a whole range of topics. I was brought to tears more than a few times and brought to frustration a few more (you aren’t going to agree with every speaker, but ‘they/theirs’ is a completely acceptable gender neutral pronoun, for the record). But that’s the thing with big questions – everyone has different answers, and sometimes you learn more than you could guess by simply listening to people with ideas to share.

This was an inaugural festival and I’m so excited to see how it develops for the future. With the wonderful Wheeler Centre folk at the helm, Interrobang is headed in a pretty brilliant direction.

Disclosure: The Plus Ones were invited guests of the Wheeler Centre.