Steampunk. What is it, you might ask? It’s a 19th-century fantasy world where electricity was never invented and everything is steam powered (hence the name). A quick Google Image search shows all — think lots of gadgets and gew-gaws mixed with Victorian-era clothing. Now, Melbourne has its own weekly steampunk night: Steamphunk. 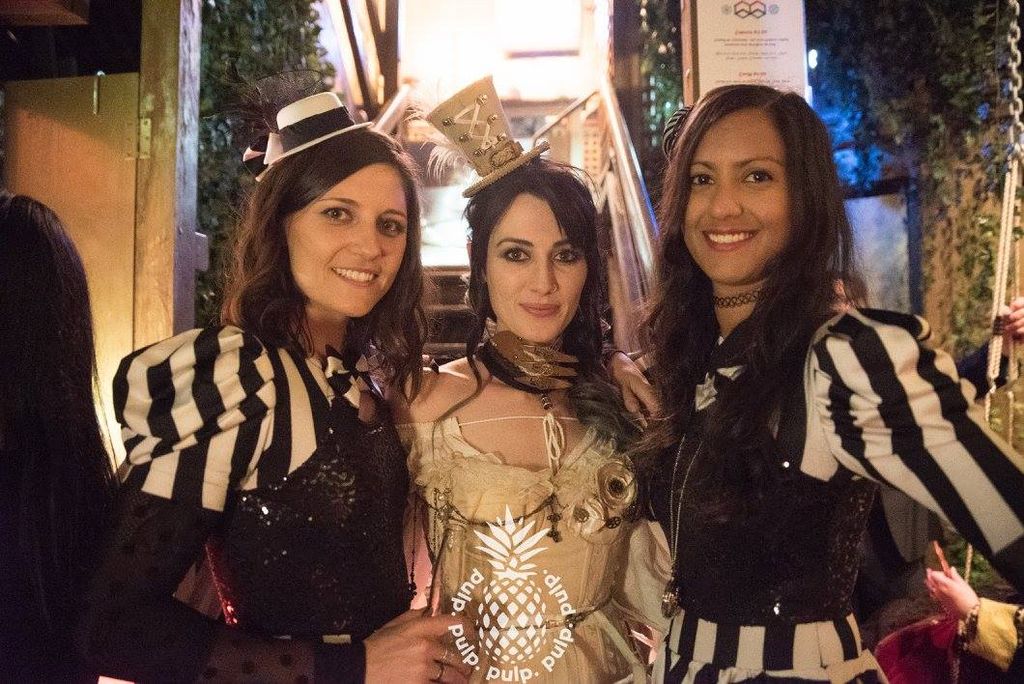 What to wear at Steamphunk? Dress ‘Victorian Gothic, Neo-Baroque, Vaudeville, Burlesque, and Cabaret Best’, their Facebook page suggests. What this boils down to is: whatever makes you look good. A corset for the ladies, perhaps. A military-style jacket for the gents. How about a top hat? On opening night, winner of the best costume award was a gal who put together a fabulous deconstructed hoop skirt and embellished corset. She’d stayed up till the wee hours the night before sewing on the finishing touches. Totally deserved! Of course you don’t have to dress up — but if you just so happen to be friends with a steampunk fanatic, and she loans you two outfits, including steampunk guns (made of solid wood), then why not ask a +1 to come along and get into the spirit of things? 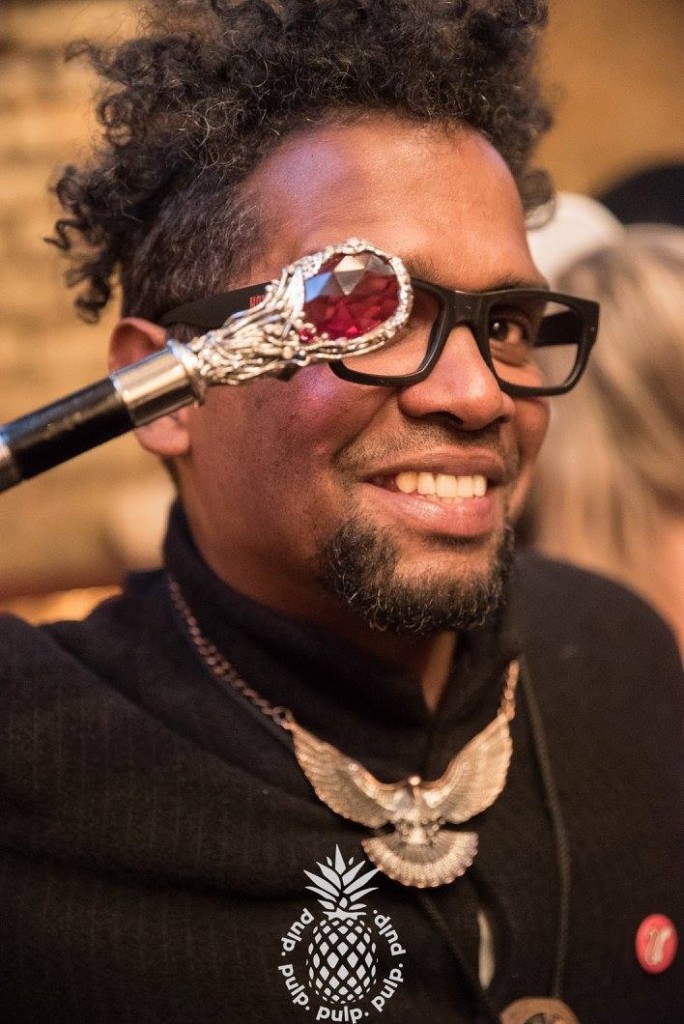 Once you’re appropriately attired, walk down Corrs Lane in Chinatown, past the hordes of partygoers waiting to get into FAD Gallery, to Pulp. Inside it’s a warren of rooms, upstairs and down, to explore. My +1 and I hightailed it to the mezzanine to the Magical Elixers bar, where my pal indulged in a little non-alcoholic pick-me-up. Yes, no alcohol. When’s the last time you want to an event that caters for teetotalers? Also a nice touch: a mound of apples, ready for anyone who needed a jolt of fructose to keep the party going. Of course there’s a full bar (and the bartenders can make you anything — no menu required), but it’s nice to see an event that’s so inclusive. 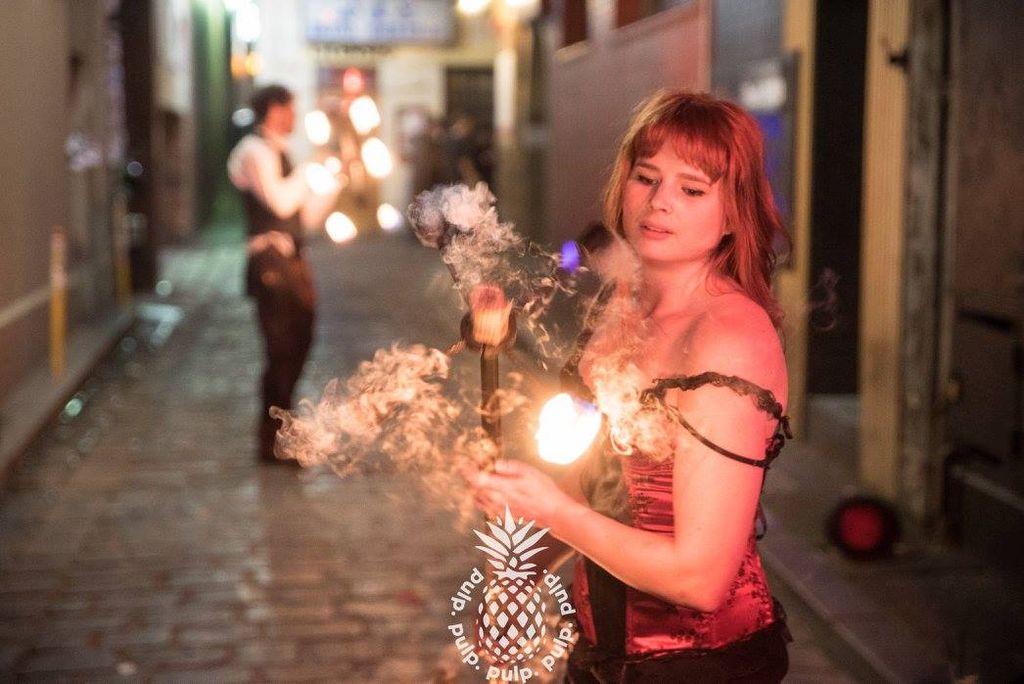 Downstairs it’s all about the dancing. DJ Mickey Space revs up the electroswing (which we love at TPO). The best part, however, are the performers. We sadly missed out on seeing the mermaids and mermen, but we did get a special mini magic session by the roving magician. On opening night the crowd was treated to a lady with an LED whip of sorts, flinging it around so fast it was a blur of coloured lights. An hour or so later, another lady managed to somehow balance swords and lit candles on her head whilst dancing. Too cool for school. The other best part? I had a chat with the top-hatted and mustachioed Baron de Merxhausen, one of the masterminds behind Steamphunk. He mentioned that — oh happy day — all the performers get paid. It’s great knowing that the cover charge is going to see that artists are properly compensated for their talents. 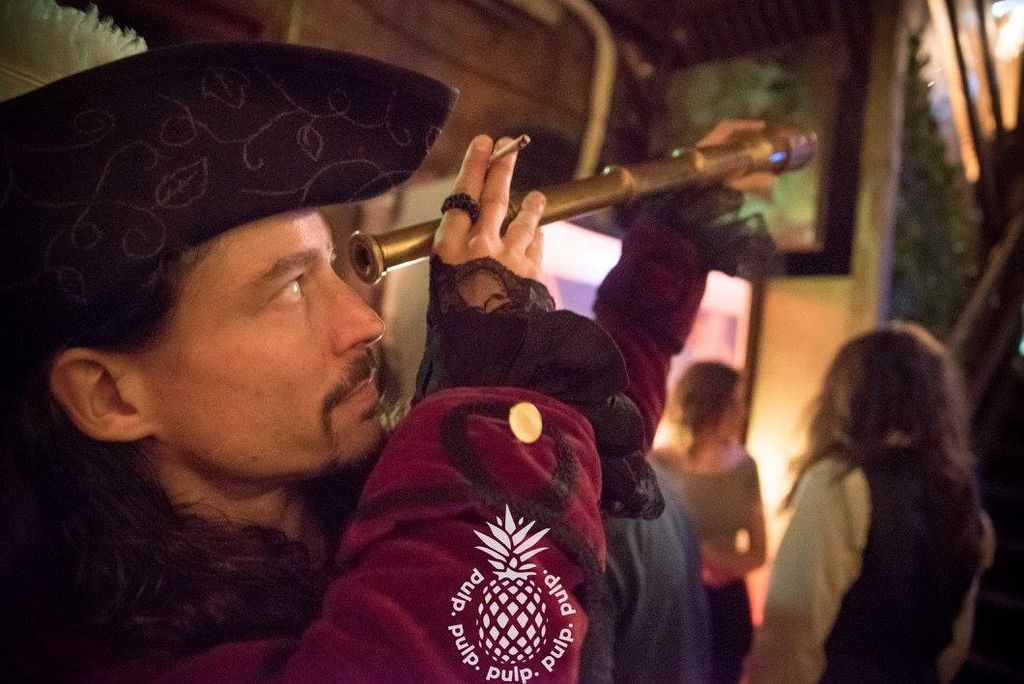 If there’s one thing I’ve learned from Steamphunk, it’s that it’s surprisingly comfortable to dance in corset while holding a wooden gun.

– Theresa
Co-founder of The Plus Ones, prior to her Steamphunk debut the only other time Theresa has been to a steampunk event was in 2009, in a historic mansion in Wellington.

Caffe La Via: worth the trip to Malvern