I had a Carrie Bradshaw moment at Bond Melbourne. Walking up to nightclub in my heels and ballerina-style sequined skirt and stylish cream-coloured coat, I could have sworn I was on my way to meet up with Samantha, Miranda, and Charlotte. But it was even better than that. The entire team at The Plus Ones got together to experience Bond’s Friday night sessions, dubbed ‘Unwind’. 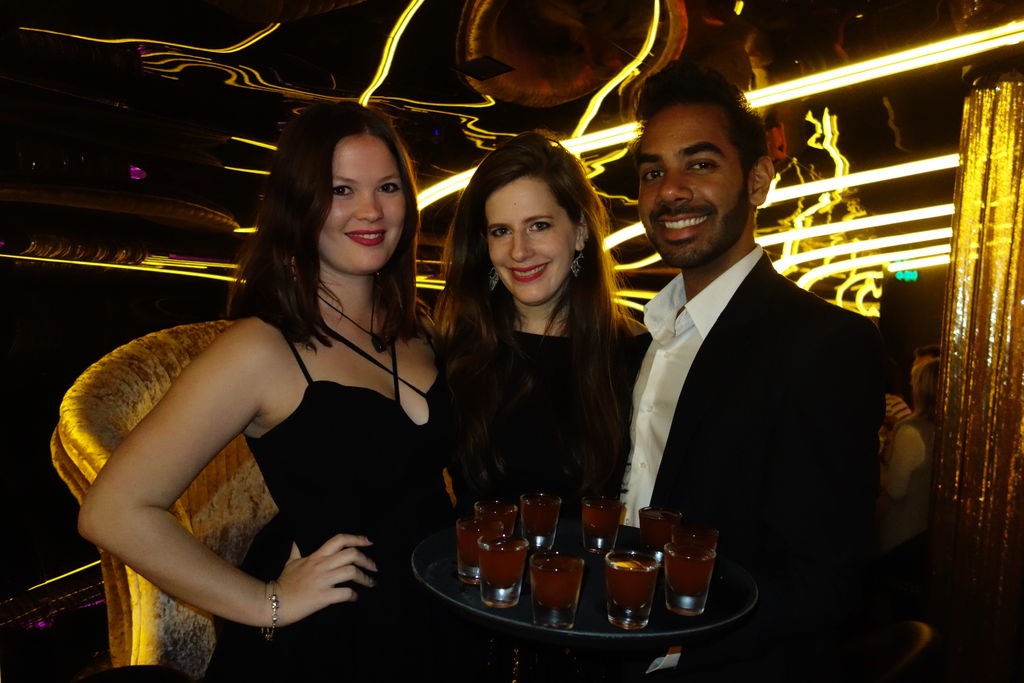 Charli, Theresa, and Rukmal with the famous shots

Want to go out with your workmates on a Friday? Sick of going to yet another pub for standing-room-only drinks? Bond is positioning itself as an alternative to the tried-and-true afterwork drinks around the CBD at yet another staid pub. None of the ‘let’s have a parma and a pot’ sort of things here. This is someplace you’re going to want to go when you want to impress your colleagues or your friends. 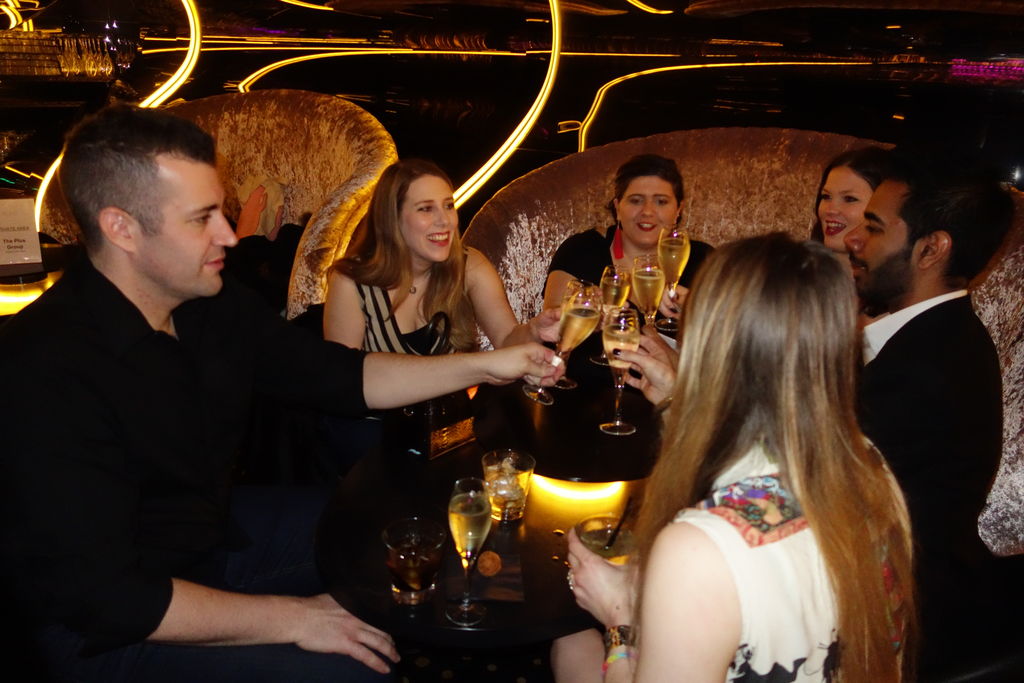 Bond Melbourne is a spectacular venue. Designed by Hachem Australia, it’s a finalist for the Australian Interior Design Awards 2015. It’s easy to see why. All glitz and glam, chrome and gold, this is somewhere you can dress OTT and still be half as showy as the venue. Rukmal and I told all of our contributors to dress ‘cocktail chic’ in order to live up to the setting. After all, why half-ass it when you’re somewhere so gorgeous? 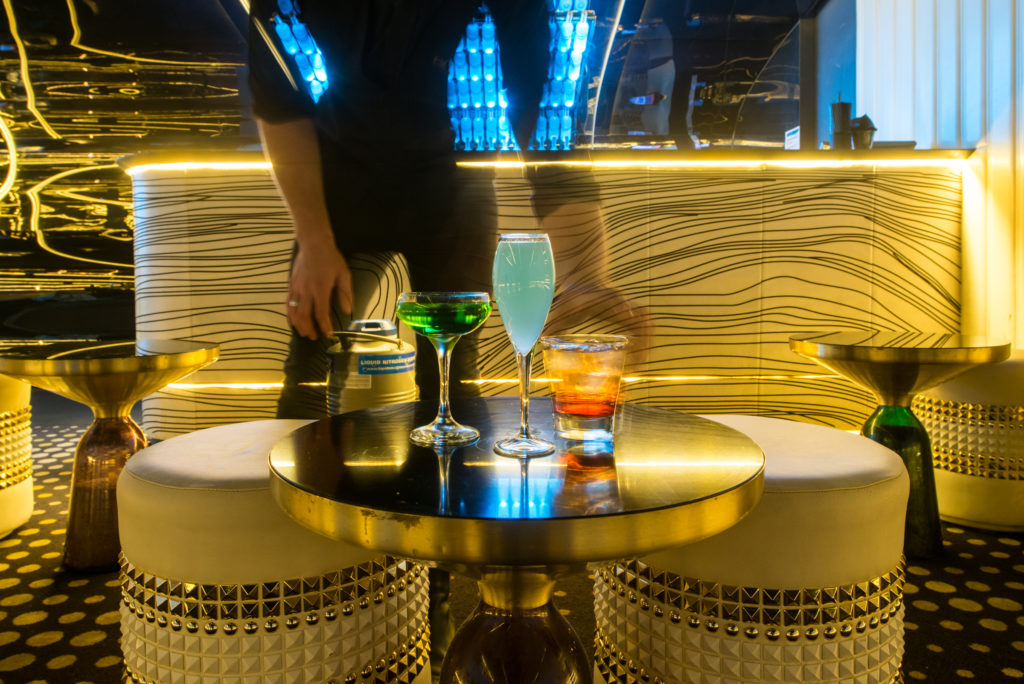 Team TPO tried out one of the package deals, which included a blocked-off section of tablesjust for us. Special cards provided us with one of the deals: a bottle of bubbles with up to six shots. In addition, on arrival we were each handed a drink card for a mixed drink — a nice way to start the experience. But by far the most amazing part of the night were the shots. They came in two parts! The regular shot glasses were complemented by a perfume spray bottle filled with alcohol to add that extra element. Ruki ended up having it sprayed on him — typical. I tried to get the recipe for you, dear readers, but was told: ‘Bond Melbourne keeps their cocktail recipes strictly under their hat, so I do apologise that I am unable to provide these for you.’ Alas, you’ll just have to go there yourselves to try it out. 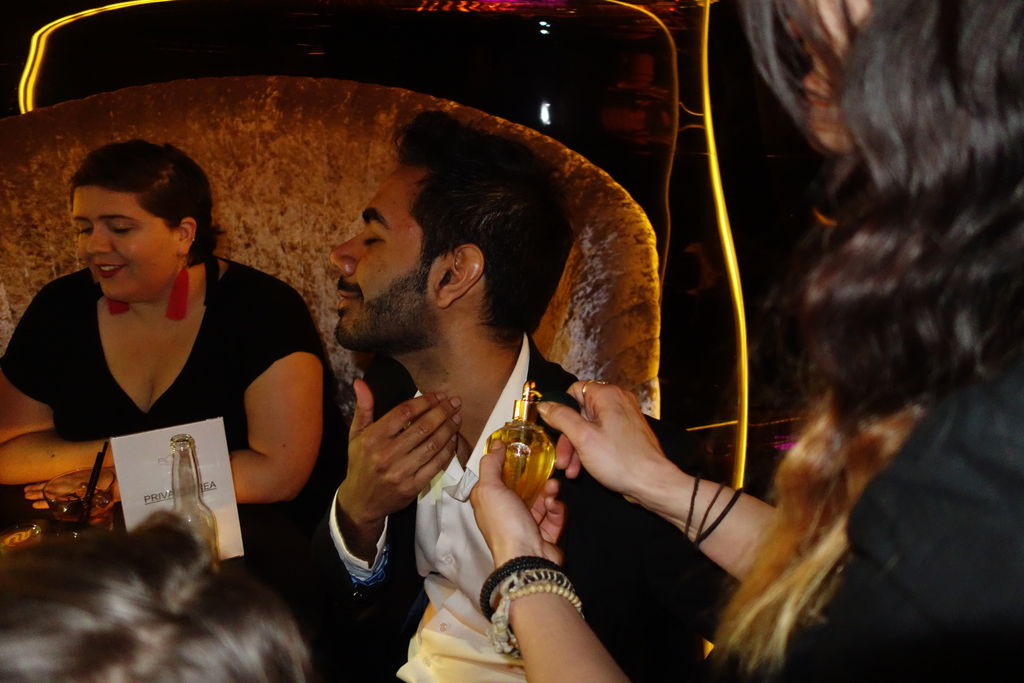 Ruki gets sprayed with alcoholic perfume

That’s ultimately what the Unwind nights are all about: the place to begin a great weekend. It starts really early — we were there at 6:30pm and there were already a few people there (although the room was at a tenth of its 500-person capacity). This is somewhere you can go straight from work. Well, provided you’ve brought a sexy pair of shoes to slip into. And then, after a few hours with your friends and workmakes, you can take the night other places if you so desire. Or stay at Bond to see it turn into a pumping nightclub and have a dance. 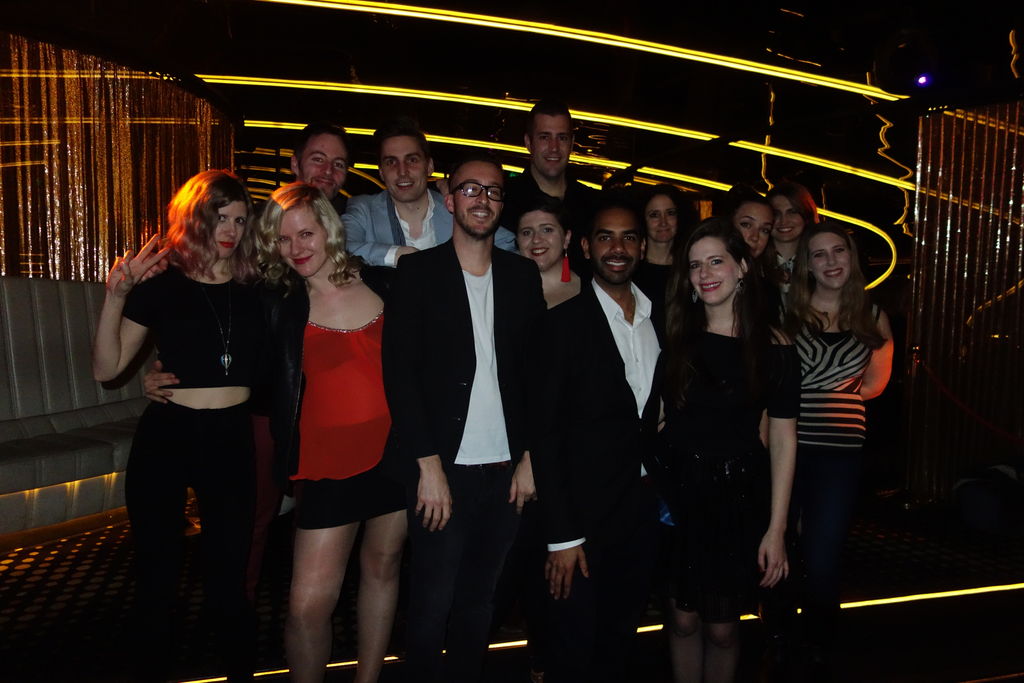 Some of Team TPO

It’s nice to have options. If your workplace is a bit fancier and has a nice expense account for this sort of thing, you’re definitely going to want to check out Unwind at Bond Melbourne. Then you, too, can have your own Carrie Bradshaw moment.

– Theresa
Co-founder of The Plus Ones, Theresa sometimes regrets she’s never lived in NYC like the SATC gals. Nights like this make up for it.

Contact Bond Melbourne for information on booking your group into Bond Unwind.

Fringe Review: A Star is Bored