Tash Sultana is one hell of a musician.

At only 20, she’s already been playing guitar for 17 years (seriously), as well as having an amazing voice and beatboxing skills that raised my eyebrows somewhere near my hairline. Mix all these skills with some supremely clever and unique song arranging, and you have a heavenly night. 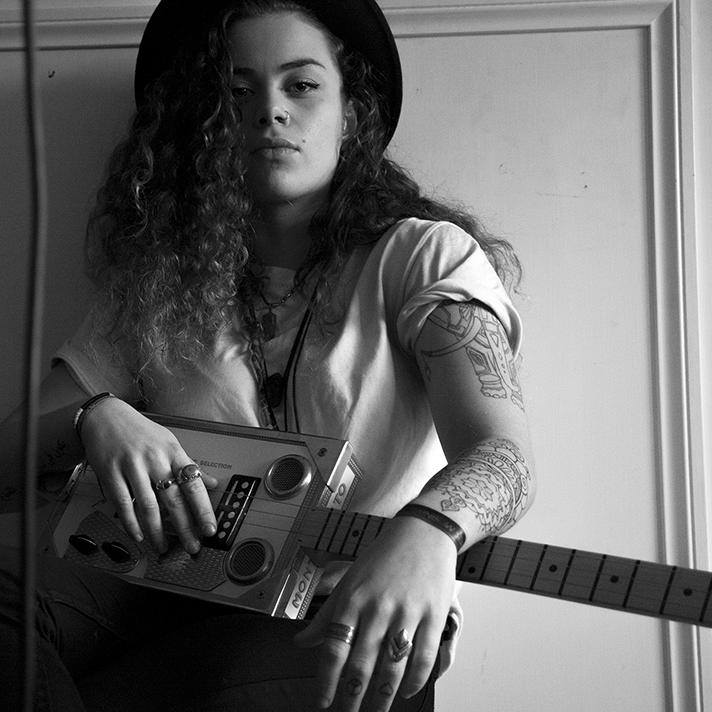 Sultana debuted her new single Brain Flower at The Ding Dong Lounge, supported by angel-voiced Ben Whiting and the slightly grungy WALKER, with both acts hinting at different sides of the main act’s music.

With a fancy set up of many guitars, microphones and pedally things (I am not down with the tech lingo), Tash instantly had my full attention. She’s not only one of the best guitarists I’ve seen, but the songs she crafts are like nothing else I’ve heard. She looped rapid guitar riffs with soulful vocals, using mic magic to create a lower simultaneous harmony for herself (I really know nothing technical, it’s all so impressive to me).

If you closed your eyes, you’d be forgiven for thinking there were roughly half a dozen people on stage, beatboxing, strumming and singing away, but Tash was only joined on stage for one tune – she put a call out on Facebook and lo and behold, found a brilliant trumpeter to play along to ‘Big Smoke’ with her. They had only met that night, but it’d be easy to assume they had played together for years.

Tash Sultana is ridiculously talented and the Melbourne music scene is blessed to have her, so go check out her Bandcamp, or even better, go along to a show, because watching her play live is next level.

Visit https://www.facebook.com/tashsultanamusic to keep up with all things Tash Sultana.

Disclosure: The Plus Ones were invited guests of The Ding Dong Lounge.