Melbourne, get ready to #disruptyourreality at Channels Video Art Festival 2015 from 17-25 September.

It’s September 2013. A close-knit bunch of artists gather their collective conscience and birth Melbourne’s biennial Channels Video Art Festival, celebrating the glory and aesthetic of video media over four days. Fast-forward two years, and the Channels Festival has expanded their team and delved further into Melbourne’s video media static to unearth a diverse and energetic programme of media and art performances, screenings, and workshops. It features 60 artists over 10 days and spans Melbourne’s CBD, Fitzroy, Collingwood, and online. 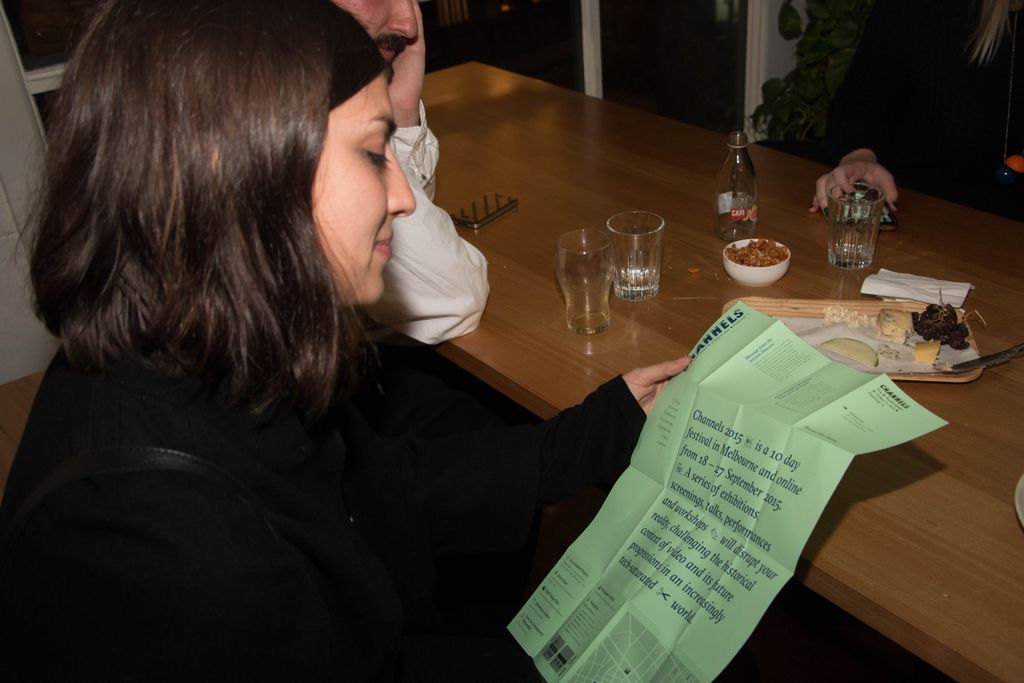 Channels kicked off their sophomore festival with a V.I.P. launch night at Sun Moth Canteen and Bar. Their official launch is on Thursday September 17 at Screen Space. If you can’t wait for the launch, however, #Channels2015 is eager to whet your video art cravings with a small bundle of exhibitions, screenings, and projections at the festival’s main hub, Grey Gardens Projects (which we love at TPO), and Speakeasy Cinema, as well as the Centre for Contemporary Photography. Go on a journey exploring the interface between video, screen, and internet culture.

The full Channels 2015 programme looks to be an equal delight for videophiles and Melbourne media and art sloggers. The ACMI and RMIT Design Hub are just two of the seven venues hosting video art collections and video artist screenings.

As this is Melbourne, expect laneways and speakeasies. Videophilia: A Walking Exhibition will guide punters through video nostalgia via a string of venues along Flinders Lane. If you fancy more talking over walking, chat with artists on the future of video art in an increasing digital world at Rewind/Project—The Future of Video Art.

Ever wanted to get your art on with augmented reality? Kate Geck will host a workshop exploring this emerging tech as an interactive art tool. Schoolhouse Studios will round off the festival with Two Party State, the closing night party with help from friends at Liquid Architecture.

Get ready, Melbourne, for the video artistry of Channels Video Art Festival 2015 to challenge your senses and disrupt your reality.

-Matt M.
Matt is a mad scientist by day and beer connoisseur by night. When he’s not devouring a new set of craft beers you will find him in a dankly lit room plotting his approach at the next alcohol-related festival.

Disclosure: The Plus Ones were invited guests of the Channels Festival.