The Shadow Electric team are bringing in the end of winter with their latest creative project, Visions. Bringing back to life Estonian House in West Brunswick, the team have yet again pulled out all the stops to revive both winter-beaten Melburnians and a once-forgotten venue.

Running until Sunday evening (including a matinee Sunday afternoon which suits the venue excellently), Visions allows musical talents such as Teeth and Tongue, Rat and Co., and The Bombay Royale to work with visual artists, whose work is brought to life on Shadow Electric’s 34-metre screen. 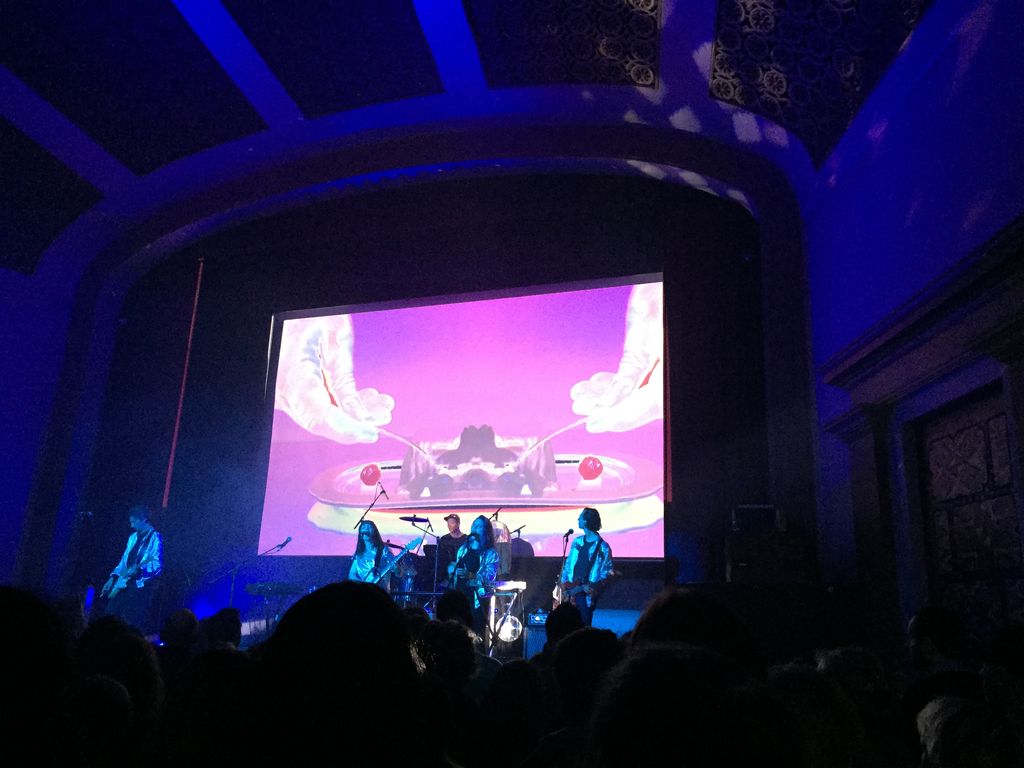 The Shadow Electric team have a knack for capturing old and tired venues and turning them on their heads. Estonian House is reminiscent of the sorely missed Palace Theatre (RIP). It’s an interesting clash of generations to think of the perfectly polite dances lead by big bands your grandparents went to, now meshing with dry ice, UV lights, electronica, indie rock, and futuristic visual art.

At the first event on Friday night we grooved to Pearls, The Ocean Party, Teeth and Tongue, and visual artist Keith Deverell. Teeth and Tongue have recently returned from a residency in North Iceland, which just sounds great. Dressed in various pieces of matching shiny clothing, they were a lot of fun, and my plus one and I were full of awkward dance moves to boot.

The visual expression centered around the theme of food. There were a few nervous moments involving a knife and apple, but I personally loved the section that involved a fork squishing its way through tofu like it was cheesecake. 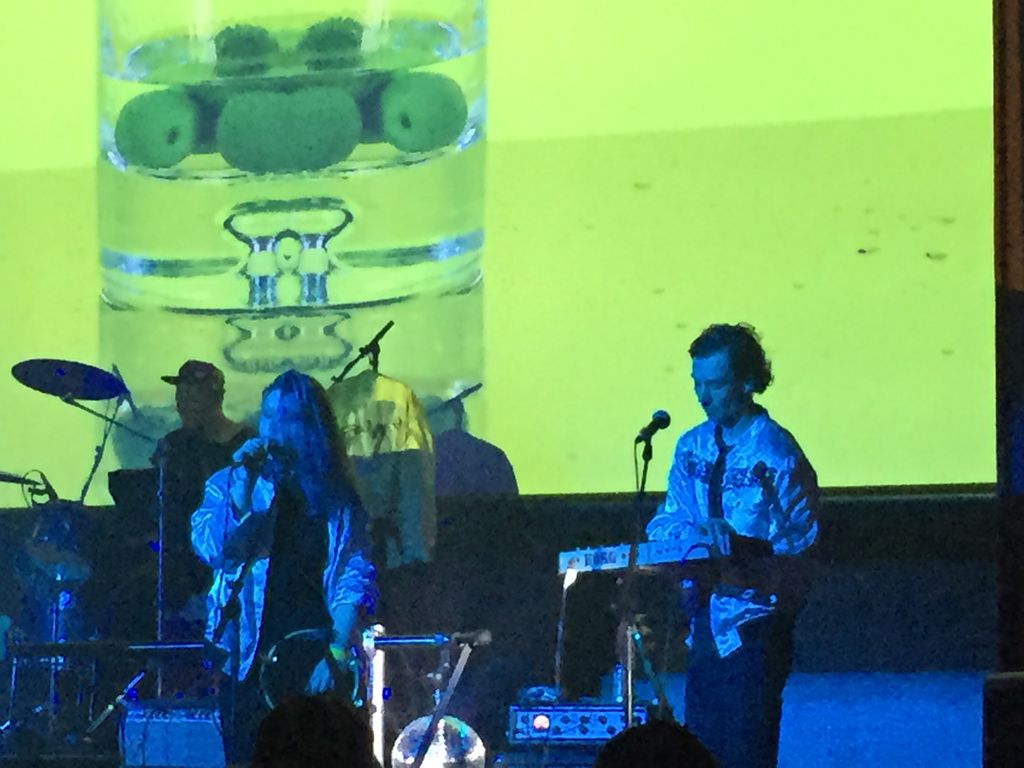 As someone who likes to go to obscure places and find themselves at an event where people-and venue-watching are up there with enjoying the event itself, Visions ticked most of my required boxes. Massive Weiners cater the event so Disco Fries are on offer, ticking even more boxes.

Hopefully this is the start of a new live music venue for Melbourne.  It was surprisingly chilly though, so rug up despite the huge crowd.

Disclosure: The Plus Ones were invited guests of This Much Talent.