You know you’re eating unusual food when halfway through lunch you get the urge to pull up a map of the Canary Islands on your phone. The reason: Jesse Garner, owner of CBD restaurant Bomba, just got back from his yearly gastronomic tour around Spain. He’s spending two weekends, titled ‘Bomba Goes to Spain‘, showcasing all the dishes he learnt in the Canary Islands and Andalusia regions. 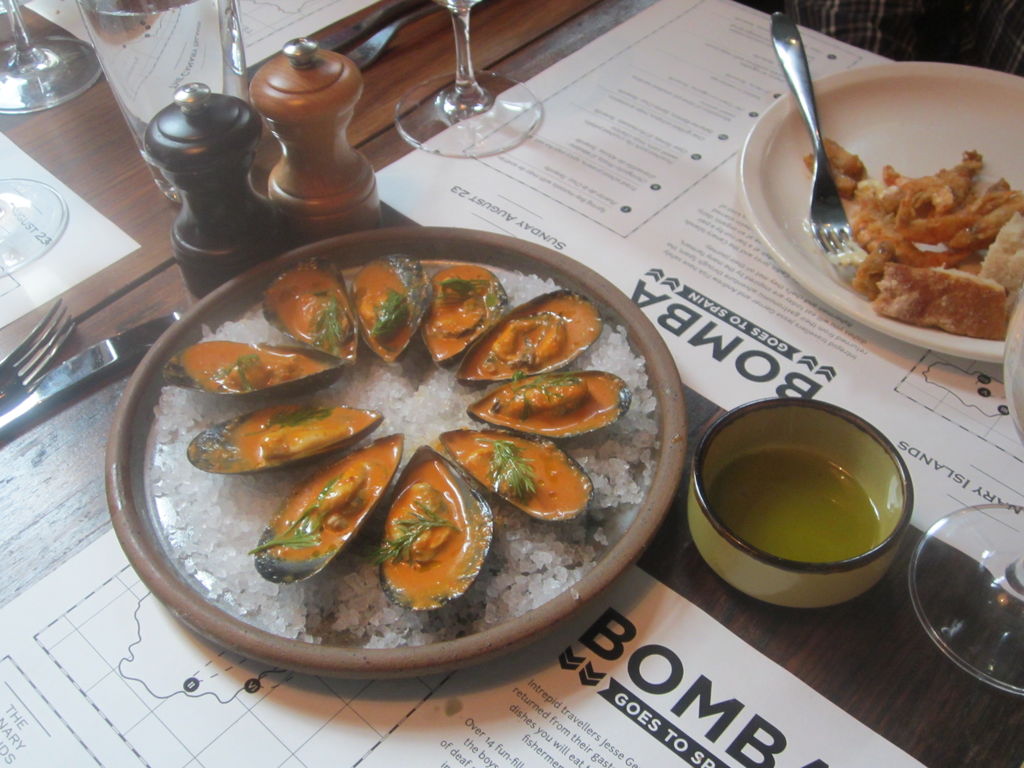 I got to delve into Canarian cuisine with Jesse himself, Joyce from MEL: Hot or Not, Cameron Smith of RRR Radio’s ‘Eat It’ program, and Anabela of Belabruxa. For the record: Yes, the Canary Islands are part of Spain. No, they’re not anywhere near it — they’re off the coast of Morocco/Western Sahara. The fact that they’re volcanic islands sticking up out of the Atlantic (and were the historic watering-point for ships sailing from the New World) has imbued them with distinctive food and wine.

The cute menu showcased a map of the islands and where each dish came from. The description of Jesse’s and Andrew Fisk’s annual pilgrimage to Spain told us what to expect: ‘Today is an edible re-enactment of their journey across the historical beachside downs of the Canary Islands…renowned for its range of piquant mojo sauces.’ As Jesse explained, mojo (pronounced ‘mo-ho’) and corn are the two main staples that set Canarian food apart. They’re used to great effect with simple, fresh ingredients. 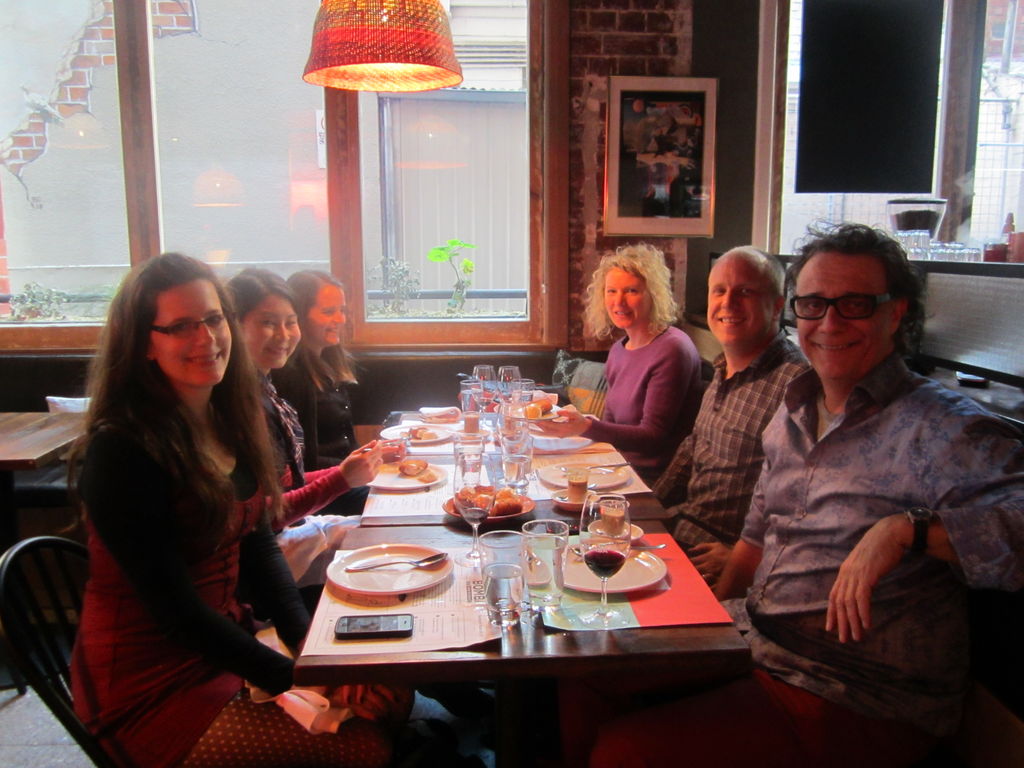 Theresa, Joyce of MEL: Hot or Not, Anabela from Belabruxa, her +1, chef Jesse Garner, and Cam from ‘Eat It’

The meal began with seafood: crispy friend prawns and aioli, alongside mussels. When I visited Spain two years ago, I ate aoili for breakfast, lunch, dinner — and, okay, some snacks in between. I tried hard not to slather too much onto my prawns, but it was hard. The Spring Bay mussels were the favourite dish of the entire meal for several of us. So succulent, so tender, and with our first of several mojo sauces, this time with a tomato base.

Next up, the Instagram-worthy poached pork rib with mojo cilantro. We saw the corn come into play here, with crushed potato and sweetcorn as the bed. I’ll admit I was nervous about the next dish: car-grilled octopus with mojo aromatico. How could I explain I don’t like octopus? After all, the chef was sitting right across from me! So I bit my tongue (not literally, of course) and tried it. It was the opposite of chewy and gristly. Perhaps I’ve been converted. But I do have to say my favourite was the fancily-named ‘montadito of olive-pit-smoked sardine’ with sweet onions. I love me some sardines, and these little suckers, laid across bread, were scrumptious. The coolest part was hearing how Jesse is using olive pits, normally just thrown away, to imbue the special Canary Islands flavour into the fish. 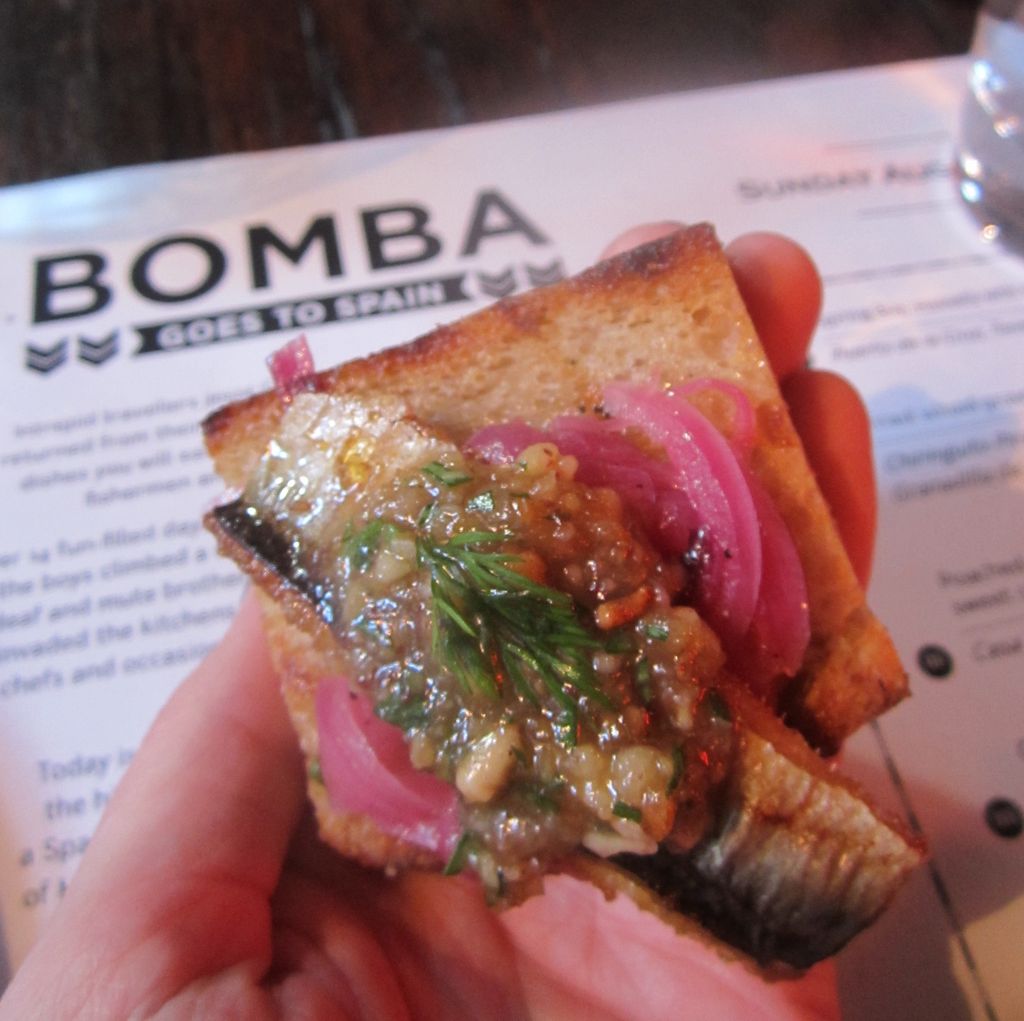 Whew, lunch was only half over. Rabbit in salmorejo sauce was next on the menu. This was the only dish that could have benefited from more sauce, as the meat was slightly dry. It came paired with papas arrugadas (wrinkly potatoes) with mojo picon. Now this is the cool part about having the chef on hand. Jesse couldn’t quit talking about and showing us photos of the wrinkly potatoes he came across in Tenerife. While he wasn’t able to source the exact breed of potato they use in the Canaries, he came close to re-creating the dish.

Two more things: dessert and wine. We finished with leche asada, paired with rum ice-cream. Canarians love their milk, they love their corn. Why not pair the two? It was delectable. Finally, the wines on the menu have been brought back from the Canary Islands themselves. Grown on the volcanic hillsides, they’re sharp, they’re acidic — and they’re absolutely perfectly paired with the food. You must try. 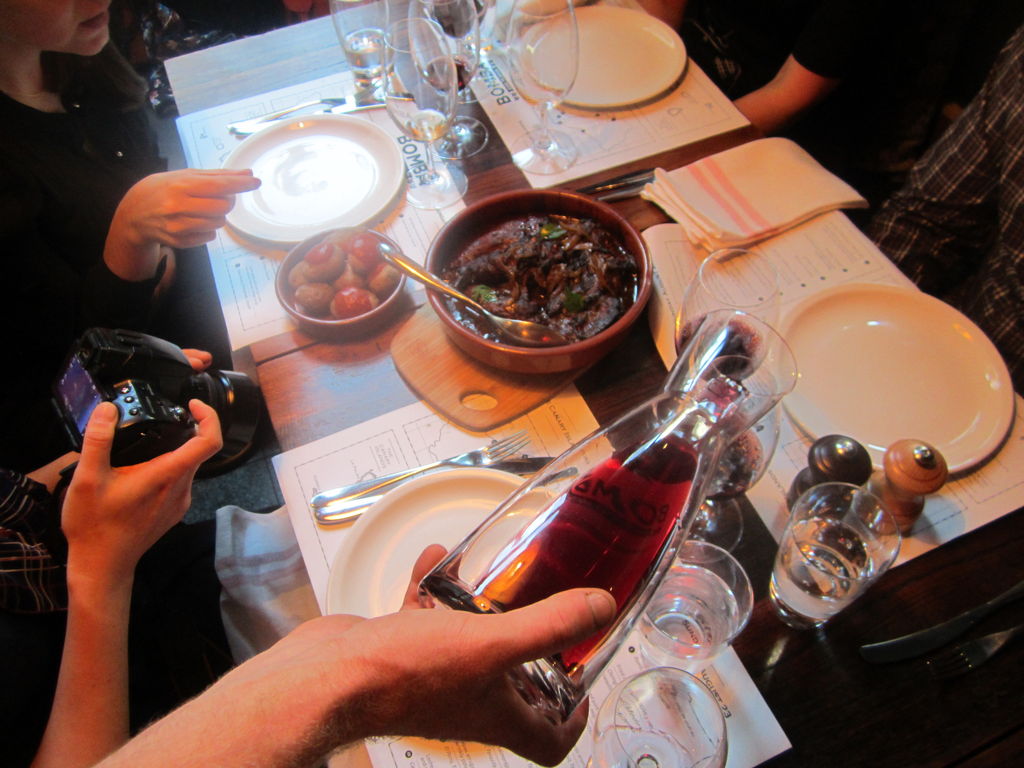 These lunches are close to what you can eat in the region as you can possibly get in Australia. Jesse’s been up nights tweaking each recipe to recreate it exactly the way it tastes in Spain. Did I mention the lunches are eight dishes over four courses? And only $65? And that this is the only time you’ll be able to experience this cuisine in Melbourne, from someone who tracked down the recipes from the source?

– Theresa
Co-founder of The Plus Ones, after eating all this delicious Canarian food Theresa got the urge to book a ticket to Tenerife the next time she’s in Europe.

Disclosure: The Plus Ones were invited guests of Tigerbird.