There are two things I truly love:
Pizza, and secrets.

Now, when I say I love secrets I mean I love knowing them. None of this being-kept-from business. So I’m sorry, but I’ve been keeping a really big secret from you all:

Last week I ate Ristorante frozen pizza, and I really liked it. Really. 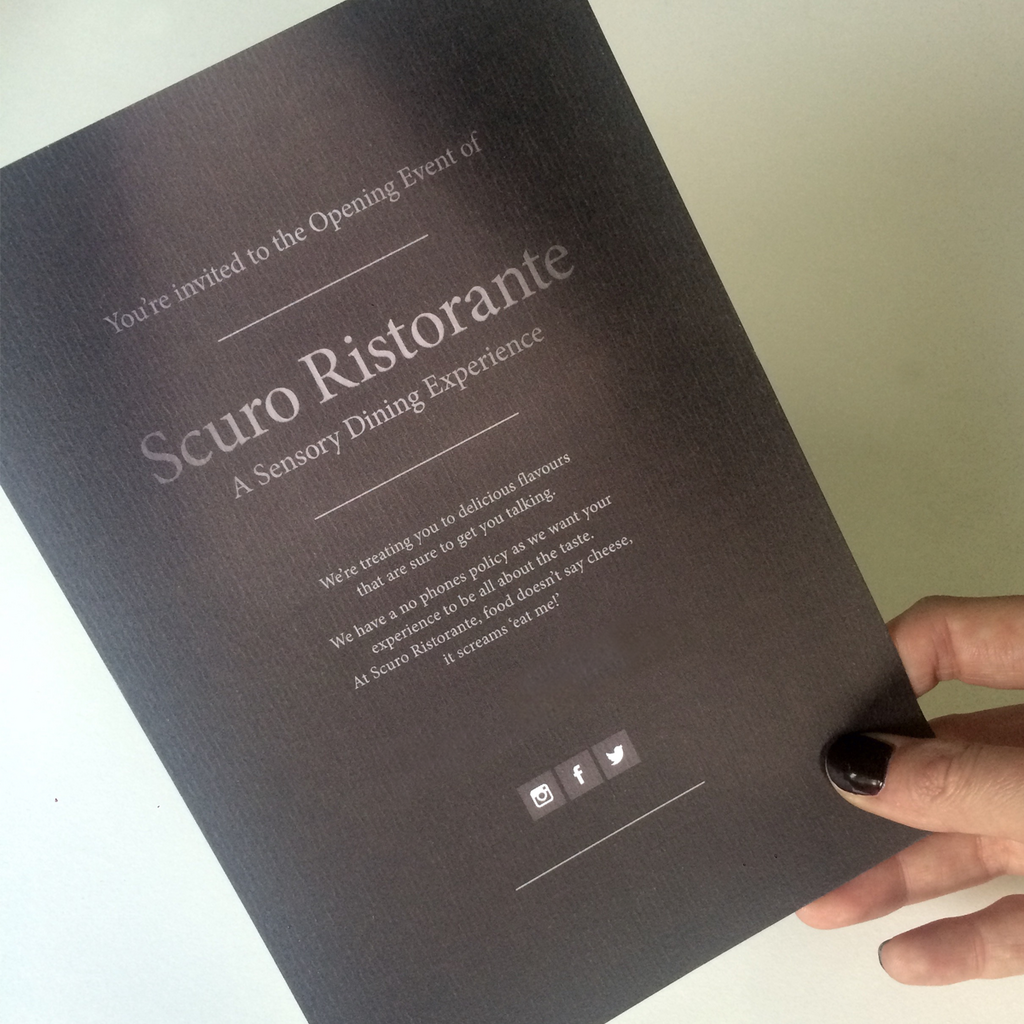 I got a super vague message from Head TPO, saying that there was a ‘secret food event’ on in two hours. Just as the descendent of a spy should be, I was intrigued. I headed over to South Yarra and met up with fellow Plus One-r, Tom. We walked into Sweetwater Inn, used the code word (how spy cool can you get?) and had a cocktail each. I had a pink lemonade, full of what tasted like three punnets of the most beautiful crushed strawberries. We then met the group already waiting there to be whisked away to our final destination. We got chatting, asking if any of them knew what the event was for… all we got in response is that they had won tickets on ‘some facebook page their friend linked them to’, so we still basically had no bloody clue. A girl with a fancy ear-piece also gave no hints when we tried asking what her job was. ‘I take you from here to there. That’s my job.’

And she did take us to ‘there’, a little warehouse-y thing down a side alley, with a conveyor belt loading parcels into the truck next door. Down a mysterious fairy light-lit walkway, we finally entered Scuro Ristorante, already full of people. One of them looked suspiciously familiar, but I brushed it off. Our jackets were graciously taken away, and then came the dreaded part – we had to give up our phones. I know what you’re thinking: Bloggers? Eating food? Without photographing it? We were confused about how this new form of digestion could work, but we committed and handed them over. For extra measure, I also gave them my keys, just to prove I could be trusted.

We only had a few minutes to take in the surroundings­. We were in some sort of converted warehouse, with a bar and fully-stocked wall of wine bottles, little platforms, a few serious-looking cameras, and some nifty-looking gadgets that apparently give the wearer night-vision –those were for the wait staff though, not the diners. 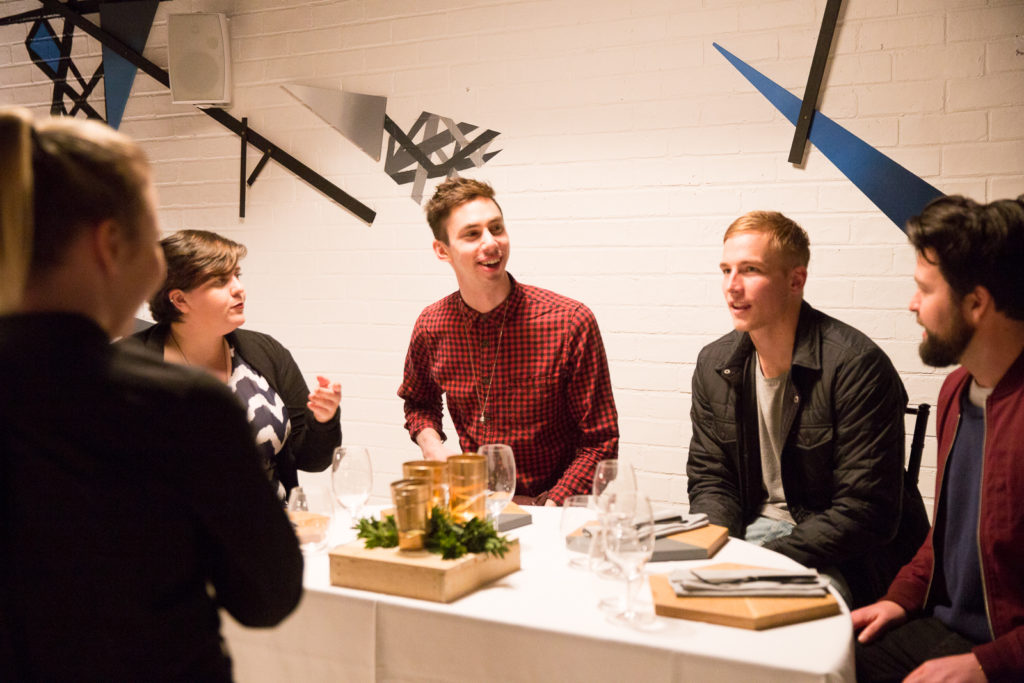 We were separated into tables, served our wine, and had a little chat to the head chef before we were plunged into total darkness. After a table-wide pledge not to tip red wine into anyone’s (mainly my white-dressed) lap, the entrée came out. I’m sure it looked pretty, but, being pitch black, I had no clue. We were given cutlery, laughably, which we considered using for about 1.5 seconds until we just dug in with our hands, feeling our way around an antipasto platter of asparagus, prosciutto, other meat and artichoke hearts.

Our empty plates were whisked away and then the main course appeared in front of us, and we instantly dug in. Dug in our hands, that is. It was obvious from the smell that it was pizza, and the hands-on approach led to me having tasty, tasty mozzarella twisted all around my wrists, and an amount of tomato paste squished into my nail beds. We were in the dark, in a fancy restaurant, free to be the children we truly are when social protocol flies out the door – so we had to investigate the pizza thoroughly. We were a team trying to guess the flavours we each had, swapping them with each other and being jealous of the person with the tasty mushroom one until we felt out our own piece and devoured that too. Moments after I spectacularly missed my mouth with a piece of pepperoni pizza, smearing tomato and herbs on my cheek, the head chef came out again, asking if we wanted more.

Then, lights up.
And cue immense confusion. 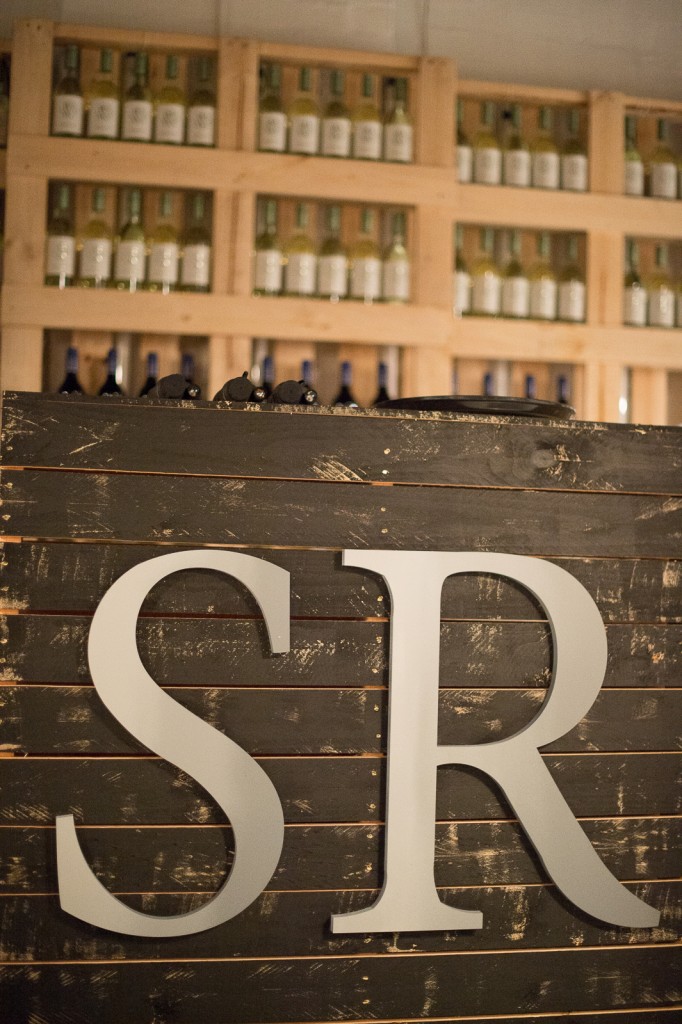 Head chef was now in slacks and a plain shirt, and our waitresses definitely weren’t in their dapper uniforms of entrée times. Oh, and the entire room had somehow shrunk to a quarter of the size and turned into an impeccably designed kitchen/dining area. That happened too.

Head chef (who was now very casual chef) reached into the oven and pulled out a pizza as we laughed hysterically and I’m sure looked just a little ridiculous in our shock. Then someone said the sentence ‘pretty good for a frozen pizza’ and the shock roughly tripled. 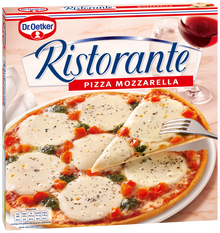 It all clicked.
Scuro Ristorante.

It didn’t just translate to ‘dark restaurant’, it was also the brand of the pizza.
Ristorante, these ones:

We got hard core Punk’d, but we also got to eat a whole heap of really tasty pizza, so I hold no grudges at all. Although, if I pretend to hold a grudge, does that mean I can justify eating more of the pizza? I might need to have a second or third taste to form a true opinion… maybe a fourth… just so I’m sure I have all of the facts…

View the video of the Scuro Ristorante experience below, and check out the Dr. Oetker’s Ristorante range of pizzas next time you’re at the supermarket.

Disclosure: The Plus Ones were invited guests of The Insiders.