Was this the hottest ticket in town? The sell out for Please Don’t Tell’s Melbourne iteration was ‘Fat Duck-esque’ and we scored ourselves a perch at the bar, so much excite!

Six years ago, I ventured the hot new bar tucked away near St Mark’s Place in New York’s East Village. ‘PDT’ as the locals referred to it. Being fairly new to the higher end bar scene I was a touch bemused that my friends had sent me to a hot dog store. Was this American humour? Why would they do this I was only in the greatest city in the world (sorry Melbourne) for a few days. As I saw people using a phone booth I realised something was amiss. A secret number, a secret word and a secret door. Once you had them lined up you were welcomed into the speakeasy’s Speakeasy. A world class bar indeed.

A world class bar inside a world class bar’s bar. PDT chose their Melbourne partner well, World Class. This is the team behind the (newly renovated) Black Pearl and was singled out by PDT’s barman extraordinaire, Jeff Bell to host a limited session pop-up timed nicely to coincide with Top Shelf’s Boutique Liquor Festival (or as I’ve dubbed it, the Liquid Luxury Festival). 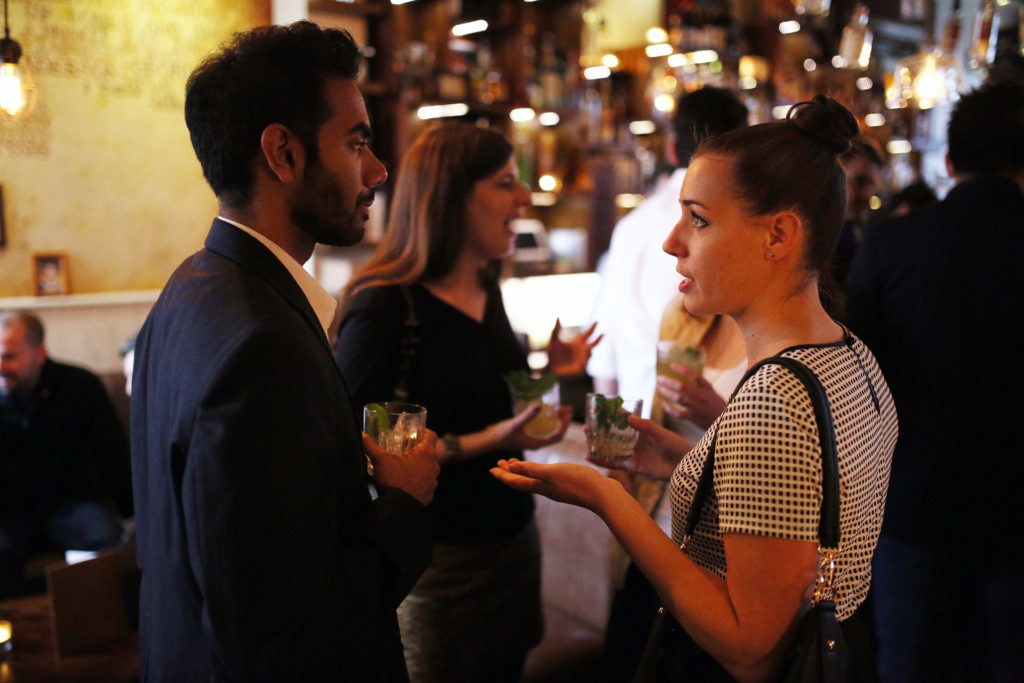 Rukmal, Theresa and Libby (Concrete Playground) enjoy cocktails at the PDT Pop-Up at The Attic, Black Pearl on August 6, 2015 in Melbourne, Australia.

In the two hour ‘sitting’ we were treated to several cocktails. They were on point, but we didn’t expect any less. What we didn’t expect was the smorgasbord of the original recipe hotdogs from PDT’s store. These jalapeño smeared bad boys had us all salivating from the moment they came out. In traditional US style, the team wasn’t skimpy on the servings with tray after tray leaving us well sated. 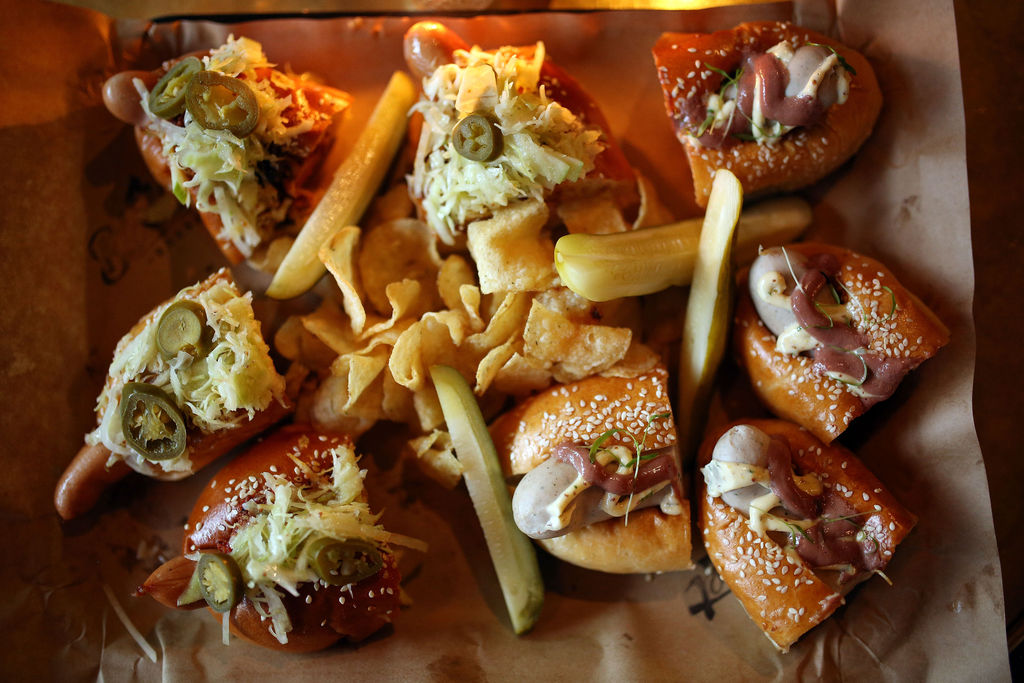 Hotdogs are seen at the PDT Pop-Up at The Attic, Black Pearl on August 6, 2015 in Melbourne, Australia.

Unfortunately all 600 tickets allocated for the pop-up have been snapped up by twitchy-fingered Melburnians! Given the popularity of the international collaboration, we hope that Melbourne sees more of these global partnerships.

Disclosure: The Plus Ones attended PDT courtesy of Leo Burnett.