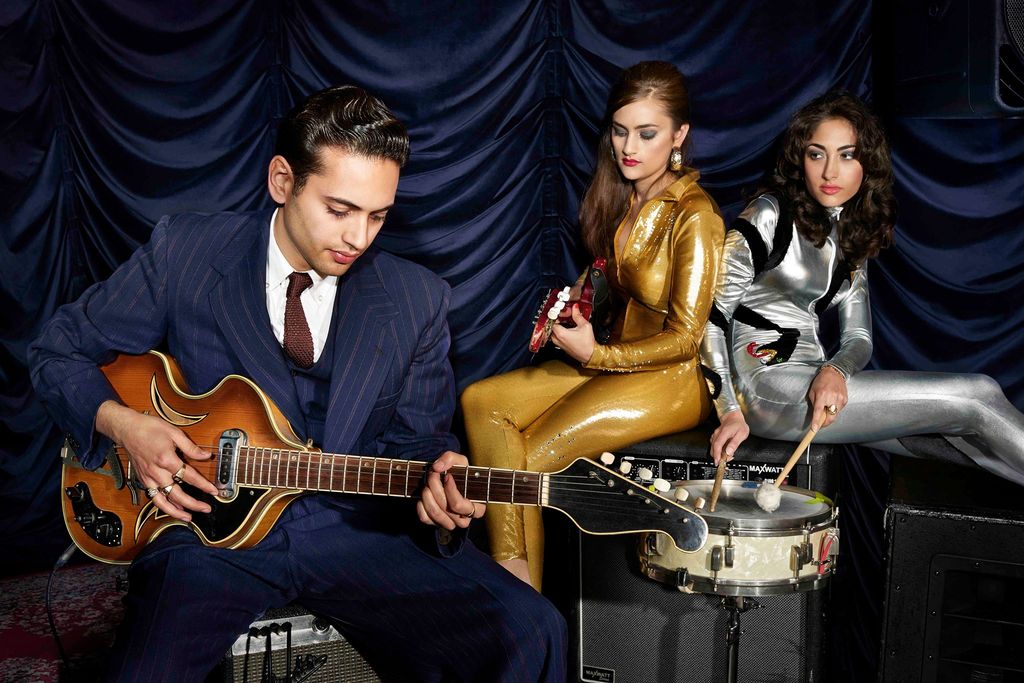 A bunch of Splendour in the Grass acts have been spreading their love round the country, with U.K. family band Kitty, Daisy & Lewis taking to the stage in Sydney, Melbourne, and Perth. In a crowded 170 Russell, swarms of extra fashionable people enjoyed the musical stylings (and amazing moustache) of support act Big Smoke before the family band took to the stage.

Now, I have a lot of jealousy towards supremely talented family bands, overly attractive people, and multi-instrumentalists with great accents. So I was a little green with envy at the cosmic cloud that smiled upon Kitty, Daisy & Lewis. Joined by two people who I’m assuming are the blessed parents (Mama plays a mean double bass), the group set straight to charming everyone with their songs and their 10/10 banter in between.

Each sibling had their turn at each instrument, in a constant cycle of musical chairs that always ended with at least one in front of a microphone, crooning away in their own effortless way, and throwing in some beautiful harmonies every now and then (I’m still humming ‘Bye Bye, Baby’).

Through songs about the perils of whiskey and disappointing sex, and the ever-relatable pain of all the good venues being knocked down to make high rise buildings (Palace Theatre, anyone?), bluesy tones and clever lyrics bewitched the entire audience. Special guest Eddie ‘Tan Tan’ Thornton came out and played the trumpet like a god, and entered a screaming match with the crowd over who could scream ‘I LOVE YOU’ louder. He won, but there ended up being a lot of love all round.

After a frankly brilliant set, Kitty, Daisy & Lewis (& co.) returned to the stage for a final encore. It ended up being over half an hour of improv harmonica solos and instrumentals, which was a little much, but didn’t detract from the overall joy of the night.

They’re currently halfway through a year-long worldwide tour, so if you missed them maybe it’s time to jet away and catch them closer to their home turf.

Disclosure: The Plus Ones were invited guests of WME Entertainment and Scrabble PR.

I Can’t Even – Web Series