Join us for an exclusive sneak peak on opening night (13 August at 7:30pm)

The City of Stonnington’s annual Glow Winter Arts Festival is set to bring some warmth to winter from 13-23 August 2015. The Plus Ones had a blast last year as we basked in all things ‘glow’. This year the program is sans the Exxopolis Luminarium, but the centrepiece, the ‘Glow Winter Cabin‘, is set to bring a smile to the chilliest of Melbourne souls.

The Winter Cabin has been conjured up by the same team that created the Collingwood People’s Market, a northsider favourite. Picture an ice skating rink off Chapel Street surrounded by a shipping container metropolis. While I imagine many a date heading to the rink to lock arms and glide gracefully over the ice, I’ll be there to explore the shipping container maze. I’ve never been ice skating (finger-loss-phobia), but the team did let slip that there will also be curling. This is going to be too much for even me to resist! Around every corner of the shipping container maze there’ll places to drink, dine and dance. Hawkers market -style vendors and copious lashings of mulled wine. On Fridays and Saturdays during the festival DJs will drum up beats until 10pm. 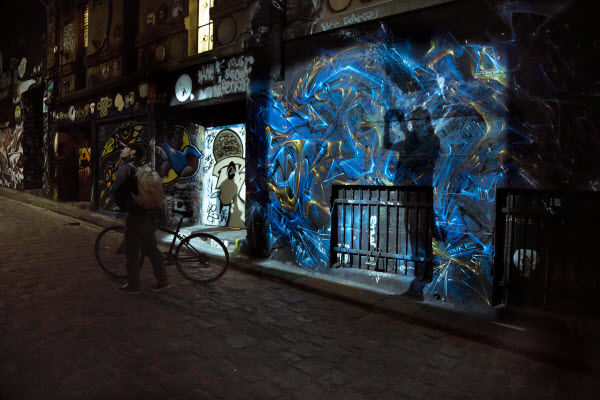 There are five festival hubs scattered throughout Prahran, South Yarra and Windsor:

Arts Burst (free) – roving performances throughout the festival include giant solar bugs(!), our favourite projector bike, and the Snuff Puppets. Snuff Puppets – I haven’t seen this troupe before but their premise for existing is anarchy, inclusiveness and fun. I think The Plus Ones will like their style!

Greville St Projections (free) – the nooks and crannies of Greville Street will be lit up for the duration of the festival.

Flicks & Feasts (free films) – Prahran Market gets its own laneway pop-up cinema over four nights during the festival. Each film is set to be paired with food that’s set to theme! 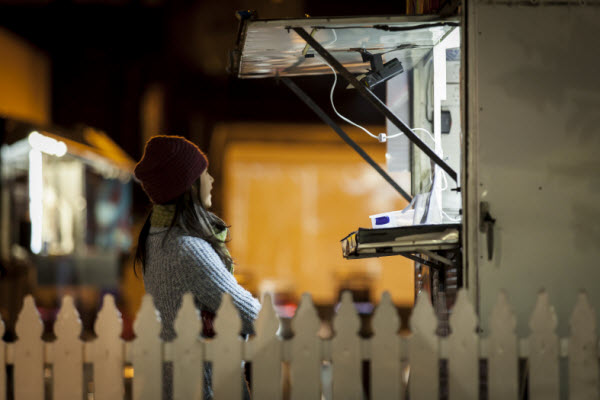 Glow Comedy Hub – Chapel Off Chapel – one of our faves – has a line up of top shelf comedic talent over several nights during the festival.

I love that the festival has been laid out this way. It gives people the opportunity to take in a couple (or a few) things in an evening of arts. I suspect I’ll combine the Latin street party, projection festival, and a late-night visit to the winter cabin all on one evening.

The Winter Arts Glow Festival is all about getting out in winter and really enjoying the arts. It seems like nothing was a ‘no’ for this year’s festival and we can’t wait to explore it. The team has gone out of their way to keep things affordable with most tickets ranging from free to $15.

Make sure to head on over and lighten up after dark!

The Glow Festival runs 13-23 August 2015 throughout the City of Stonnington.
Buy tickets now, or attend one of their many free events.

Disclosure: The Plus Ones are invited guests of The City of Stonnington.

Once Upon A Table’s Evening Of Enchantment

West Side Story at The Arts Centre