The first time I heard about Sex On Toast they were described to me as ‘face-meltingly amazing’. I was not lied to. 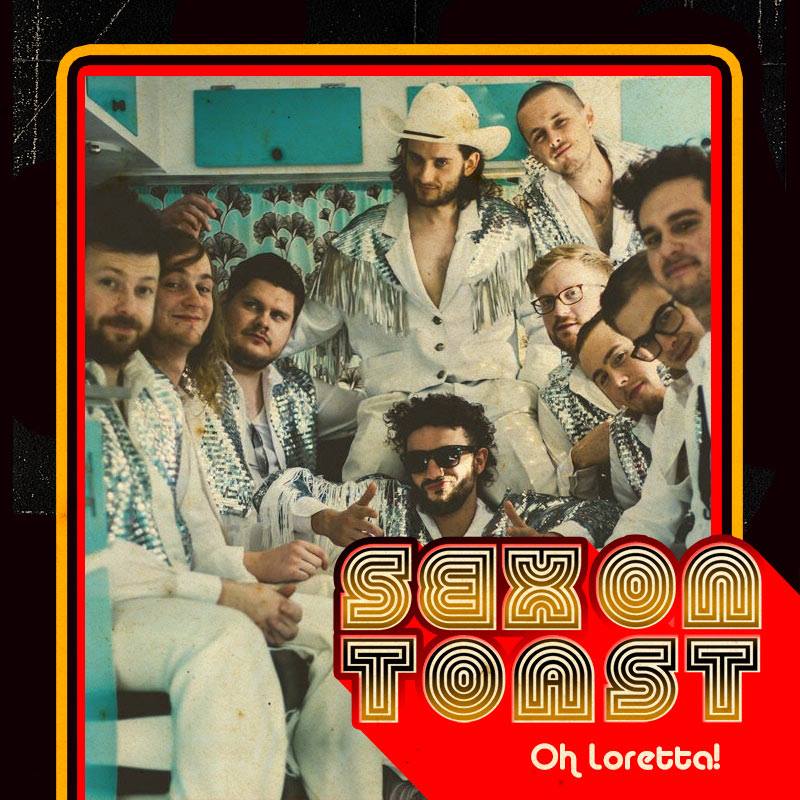 For their music video launch at Toff in Town, supported by Peter Bibby and the spectacular Cactus Channel, a whole lotta people had their sweaty faces melted by a night full of sequins, brass, catchy hooks, and a special on-screen appearance by Molly Meldrum and Ziggy.

Peter Bibby serenaded us with relatable tales of the joy of our Centrelink overlords whilst strumming a nice shiny guitar and necking down some beers (not goon, unfortunately). Cactus Channel took to the stage to introduce the beauty of the brass with some of their speciality slow jam goodness (they’re about to kick of an East Coast tour to launch their new 7”, make sure you get along).

Then the pièce de résistance took to the stage in all their sequin spangled cowboy glory. The video for ‘Oh, Loretta’, in all its 70’s glory, featuring stylish clothes, smooth dancing, some magnificent unhinged murderer eyes and exploding heads, has something for the whole family. That is, if your family are all at least 10 years old and don’t mind a bit of good old gore (the lead singer’s eyes have since made appearances in a couple of my nightmares… I think that’s intended though).

[youtube https://www.youtube.com/watch?v=DofDOKYOi7I]
Up went the screen and out came the real-life three dimensional Sex On Toast. There were no concrete-footed non-dancers at the Toff that night. The boys were in their zone and were taking everyone to a sweaty ecstasy. I definitely had my eyes on a band who are set for big things. They’ve got the vocals, perfect instruments, crowd participation and synchronised choreography — how can you fail with all those under your belt? Plus there’s something intimidatingly charismatic about ten men all inwhite wearing sunglasses at 11pm at night. You know they know what they’re doing. Flowers were thrown at the stage in lieu of underwear, but I’m sure they were appreciative nonetheless.

Both Cactus Channel and Sex on Toast have gigs coming up at Shadow Electric, and Sex On Toast is also taking the stage in July at The Social Studio’s Winter Gala. Give your ears a li’l lovin and get along.

-Jasmin
Jasmin Ashton is a PR student and designer from Melbourne who has a lot of feelings about pretty much everything and a need to share them. Find her at @Jasmanna

Disclosure: The Plus Ones were invited guests of Wondercore Island.