The Plus Ones go to so many events that a monthly wrap up just doesn’t cut it. Here’s what’s been on in Melbourne for the first two weeks of June 2015!

100 vinos and an actual Iron Throne. What more could you want! The team at Bottle Shop Concepts sells out their events for a reason. They give you an experience and incredible value for money. As my +1 and I bravely embarked upon the wine tasting journey, we quickly learned that we wouldn’t make it… In fact, after about five vendors we needed a drastic change of strategy. There was to be no Stannis Baratheon at Winterfell here — something had to give. The spitoon, are you mad? Some of these wines retail for $120 a bottle. No, no — how about trying the most expensive drop at each vendor? We soon realised that this was also an issue. Everything was ‘excellent’. Seriously, there was no reference point. Perhaps we could try both the cheapest and then the most expensive? No luck there either, monetary value doesn’t maketh the wine. But we persevered. The team does its best to put on an experience. Lots of dress ups, Game of Thrones hairbraiding (by TPO’s own Theresa), and a blind tasting where you’re led through the darkness in some sort of twisted game of trust. At the end of the day, it is all about the wine, and for me nothing really compares to chatting about the drops with each vendor. These vessels of liquid gold are their passion. 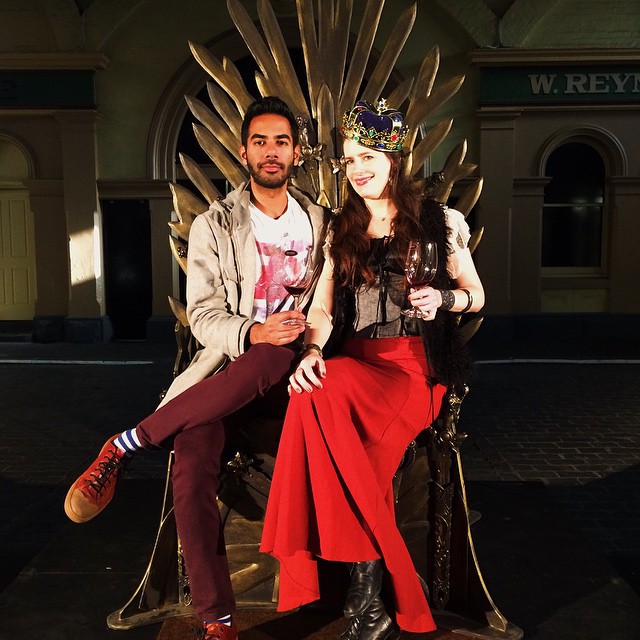 The Iron Throne has been claimed by The Plus Ones for the day. @gameofrhones, we love everything about you. Thanks for taking us to Westeros for the afternoon. #wineiscoming #melbourne #gameofrhones #wine #winefearival #invite #theplusonesmelbourne

Winter has come! The good people at the Queen Victoria Night Market are around every Wednesday in winter to keep Melburnians warm with open fires, bands, and mulled wine. Lots and lots of mulled wine. In fact, they have gone international on us with gluwhein, vin chaud, kuhano vino, vin brule and vino caliento — after a few of these Melbourne’s biting cold becomes a distant memory. Don’t forget the food. It’s gourmet, there’s variety, and there’s lots of it! Cheeses, soups, 400 Gradi — don’t go there on a full stomach. The Winter Night Market is smaller and thankfully cosier than its larger summer cousin. Hot tip: there are still queues up until around 8pm, then it becomes very easy to get anything you want.

The Winter Night Market runs 5-10pm every Wednesday from 3 June to 26 August.

I can’t swing dance, heck some may say I can’t even dance (those vicious rumormongers)! So the thought of having a lesson in the Charleston was somewhat intimidating to me. I warned my +1 to wear closed-toe shoes and away we went. The Forum Theatre was transformed into a 1920s wonderland for the evening and Melbourne’s swing dancing crowd was out in force! Seriously, there was at least 300 of them and many knew what they were doing: flicks of the heel, twists, quick steps. Thankfully at least half had come along for the ride that was the swing dancing lesson. It was a ton of fun and made me want to take a few more. Taking out that special someone for an evening of 1920s style and breaking out the Charleston should surely garner a brownie point or two.

To keep swingin’, take lessons or go to the social dances from Swing Patrol and 1929 Studios. 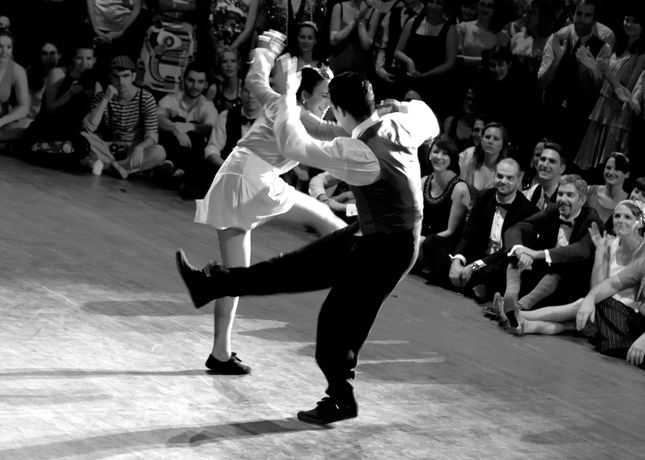 I ducked into the Immigration Museum’s Coffee Festival to see what it was all about. Disclosure: I don’t drink coffee! Why go then? The festival is all about coffee but there’s so much more. The glorious sunlit courtyard, live bands throughout the day, fortune telling by coffee, and loads of delicious food. The Coffee Festival was a part of the North South Feast West Festival that the Immigration Museum team has run throughout the year. The sticker price includes admission to the festival as well as as the Museum and makes for a great day out. For the coffee lovers there was a ton of fun at hand: a learning lab where people learned to make a coffee body scrub, an Ethiopian coffee ceremony, a coffee cocktail workshop and film screenings all about that most sought after morning pick-me-up.

Sign up for the Museum Victoria newsletter to find out about all the cool happenings across Melbourne’s museums.

Disclosure: The Plus Ones were invited guests of the Melbourne Jazz Festival, Q Strategies, Bottle Shop Concepts, and Museums Victoria.

Melbourne Magic Festival: The Plus Ones’ Guide