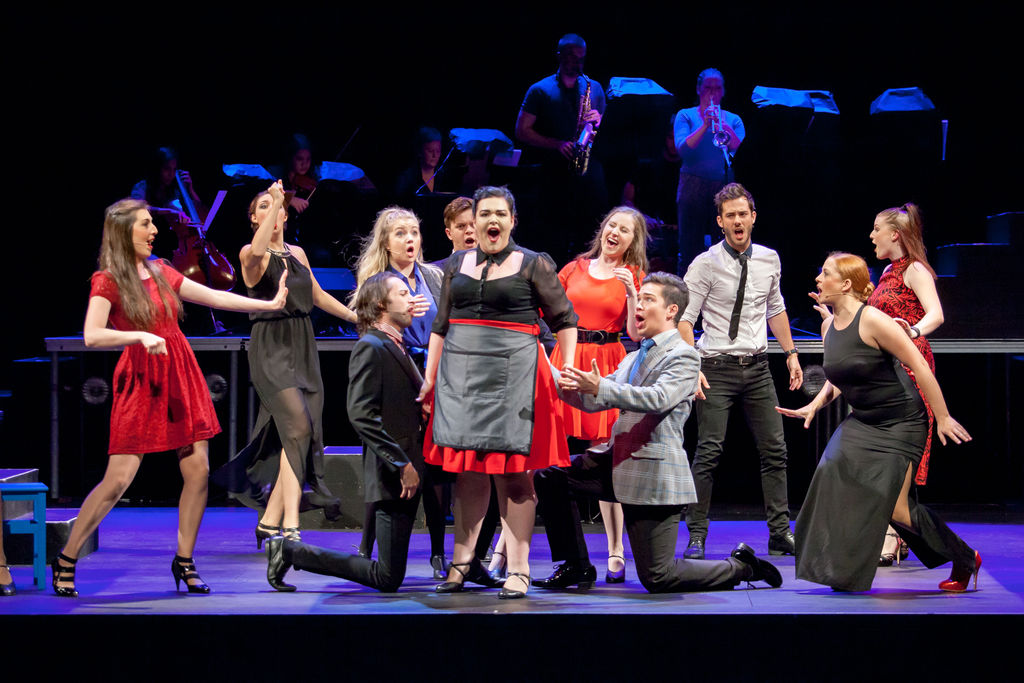 I’m a sucker for musicals, beautifully blended voices and a good story or three. All of this means I’m slightly in love with “Working: The Musical” presented by the Queensland Conservatorium’s final year students, bringing their show to Chapel Off Chapel all the way from Brisbane.

The narrative of the story tells individual tales of careers and the good ol’ American Dream, with kids working their first delivery job, high-powered CEOs, and third-generation cleaners trying to make a better life for their children. The stories are comedic, worrying, heartbreaking, and each is acted out to perfection. Suspension of disbelief combined with talent has you emotionally connected to a 20-something playing a man coping with the twilight of life.

Each actor brings multiple characters to the stage as part of an ensemble that shows how closely this group has worked together over the duration of their course. This closeness gives the production something not many other casts can bring. One song was so well performed that the entire ensemble seemed to work as a many-limbed hive mind to show daily factory life, all the while telling an emotional story and maintaining perfect vocals.

That’s where it levels up — the acting was astounding, but the vocals were breathtaking. Each soloist was passionate and talented, and the harmonies that appeared every now and then would send tiny shivers down the spine.

“Working” is truly a showcase of talent, but also an insight into the ‘adult world’ of careers and capitalism. It’s heart-warming, and a little heart-breaking, but will mostly just have you feeling like you’ve witnessed something special. Keep an eye out in the future as these performers start popping up on screen and stage.

“Working: The Musical” runs 13-16 May at Chapel Off Chapel.
The venue is accessible.

Disclosure: The Plus Ones were invited guests of Chapel Off Chapel.