If you’re a fan of imaginative sketch comedy, or a sucker for the flair and flavour of a seventies cop show environment, then Chimp Cop is the kind of show that deserves your attention. The cast (Adam Knox, Ben Vernel, Timothy Clark and Rosie Vernel) have a lot of fun bringing the aspects of the genre to full fruition: from the plays on characters and narrative tropes, to the obvious connection that each of the cast has with one another during the creation of the piece. 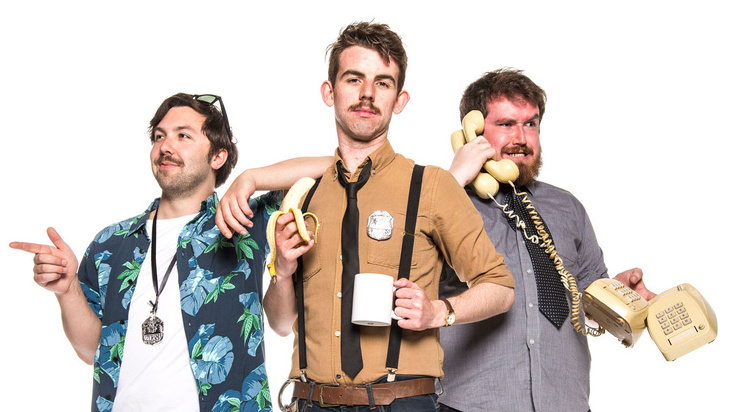 There is a loose style to the execution of the show that could be easily misinterpreted as a lack of polish to those who do not fully understand the magic behind the comedy present throughout the performance. This show is inviting the audience to relish in the parody, and, as evidenced on the night, that is exactly what happens.

It’s silly, it’s fun, and everybody in that room, players and audience alike, knows it and has a blast. To top it off, there are some brilliant sketch moments, including one of the funniest I have seen in the festival this year. No spoilers: you’ll have to see for yourself.

Chimp Cop runs 6-18 April at the Imperial Hotel.
The venue is not accessible.

Disclosure: The Plus Ones were invited guests of Chimp Cop.