If you are looking to fill up a night with a variety of comedy performances, then here is a show that makes the perfect starting point. 3 States of Comedy is a neat example of how multi-bill shows are a great way to expose yourself to snippets of this city’s comedy roster: in this particular case, those who all have origins in different states (VIC, WA and NSW). 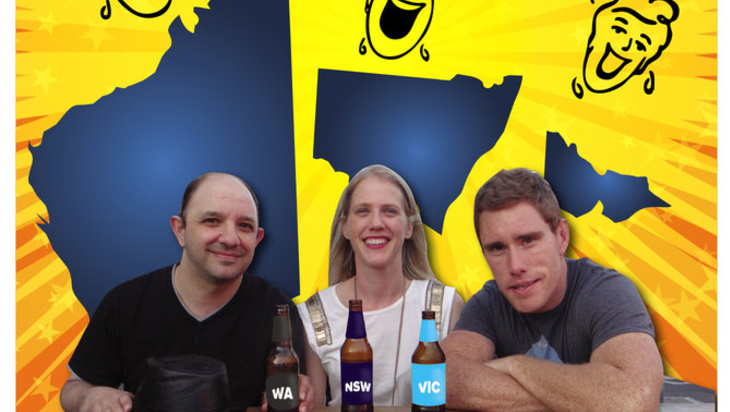 With shows such as these, if a particular comedian is not to your liking then there should be others who are. Luckily that’s not a problem with the cast here. Rotating their order every night, each comic has a unique offering of both content and presentation:

All three performers continuously made the the audience feel welcome and comfortable right from entering the inimate space until the end of the show. The crowd leaves with a glowing appreciation for the art of comedy. 3 States of Comedy runs until the 19th of April and is a solid 6pm show to start off any night.

3 States of Comedy runs 7-19 April at the Grand Mercure.
The venue is accessible.

Disclosure: The Plus Ones were invited guests of 3 States of Comedy.