Which is better, improv or standup? See both at Jimmy James Eaton’s show, Jimmy vs. Jimmy. 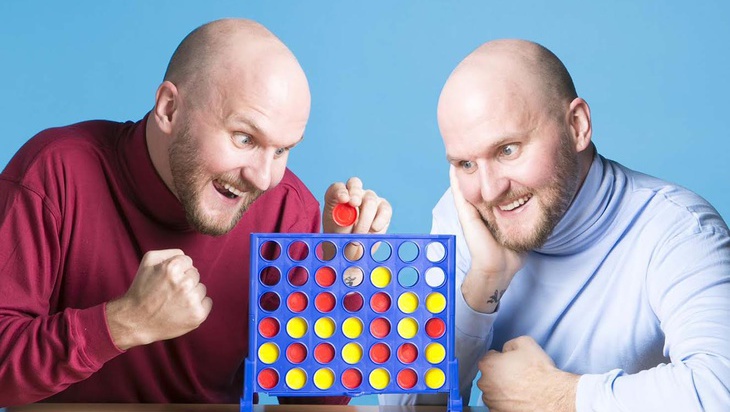 I’m a huge fan of Jimmy James Eaton. The last three Melbourne Comedy Festivals I’ve been to his shows, and he always delivers. This is a man who knows his stuff — he’s been a part of improvisational comedy troupes around Melbourne for years, and has honed his skills to a high degree.

This is evidenced by his ability to easily riff on audience members’ suggestions. Asked what her favourite mythical creature was, a girl said she didn’t have one. Nor, when probed, did she have a mythical creature she hated. “I hate Harry Potter!” said the guy next to him. This throwaway comment was a goldmine for Eaton, who worked this into a song (the height of impro comedy), and it got worked in several times throughout his show. He’s not mean about it, though — as he says, the audience members are his friends. There’s none of the nasty comments that you sometimes see from other comics. It’s feel-good fun.

The other side of the show, standup, started off with a bit of a cold opening that could’ve used a few more funnies. I’m sure each night is different, so when you go he’ll hopefully have finessed this a little bit. Eaton’s brand of comedy is off-kilter and off-beat, which makes him such a joy to watch — you’ll never know what will come out of his fascinating mind next. There’s a hilarious piece about gentlemen (actual, real gentlemen) going to a gentlemen’s club. I found myself trying to quote it to some girlfriends as we walked down King Street on Friday night.

You know the jokes are good when you attempt your own paltry re-tellings a couple of days later. This is why you should go see Jimmy vs. Jimmy. It’s a fun show by a fantastic comedian, where you get a bit of standup AND improv. Win-win.

Jimmy vs. Jimmy runs 7 to 19 April at the Imperial Hotel.
The venue is not accessible.

Disclosure: The Plus Ones were invited guests of Jimmy vs. Jimmy.