March is one stylish month. We got ourselves gussied up for Dîner en Blanc, then hit the shows at the Virgin Australia Melbourne Fashion Festival. In between, we managed our usual juggling feat of attending dozens of events. Here are our favourites of the month.

Festival of Feral at Forester’s

The largest tap takeover in Australia. Every single one of Forester’s Hall‘s 42 taps was dedicated to one brewery for a weekend: Feral Brewing. The best craft brewery in Western Australia, Feral flew over its crew (and head brewer Brendan Varis) for the two days of events at the Festival of Feral. Ruki & I spent a lovely afternoon at the VIP tasting session trying out various concoctions, including a beer made with salt. Plus everyone walked home with a gorgeous new Craftd beer glass. We can’t wait to see what Forester’s comes up with next. – Theresa 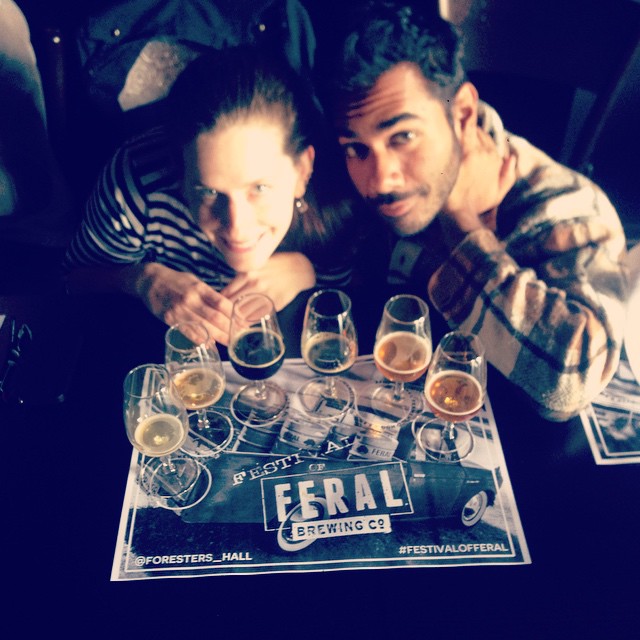 Seeing as how I have a bit of a green thumb, I was definitely looking forward my first time at the Melbourne Flower Show. I thought that it would be akin to the Chelsea Flower Show — lots of gardens from around the world that you could wander through. Instead, my +1 and I found out that it’s less about looking at gardens and more about doing them — you can buy almost everything you need from the vendors on site, including woodchoopers that were getting a workout with some branches. That said, there were still plenty of gardens to view (albeit not walk inside), and we had lovely chats with the creators. The amount of work that goes into setting them up is staggering — I hope the 100,000+ attendees appreciated it as much as we did! – Theresa 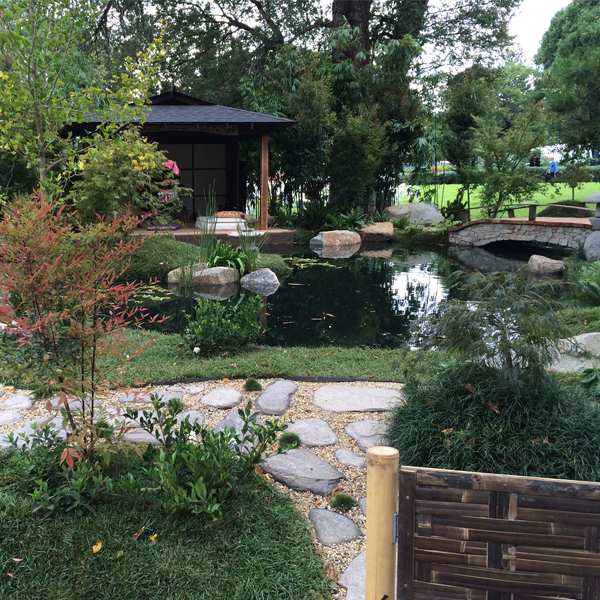 A Golden Age Of China

The NGV International’s new exhibition is all about the Qianlong Dynasty. It’s a pretty sharp divergence from Jean Paul Gaultier which held sway at the NGV for several months. But I think that JPG would have been impressed by the dynasty’s attention to detail, fine fabric and intricate designs. There are pieces on display here that rarely make it out of China. It’s a sight to behold, and in typical NGV fashion the exhibit is all class.

The exhibition runs from 27 March to 21 June. Rio Tinto, the chief sponsor, has paid for all schoolkids to enter the exhibition for free. – Ruki 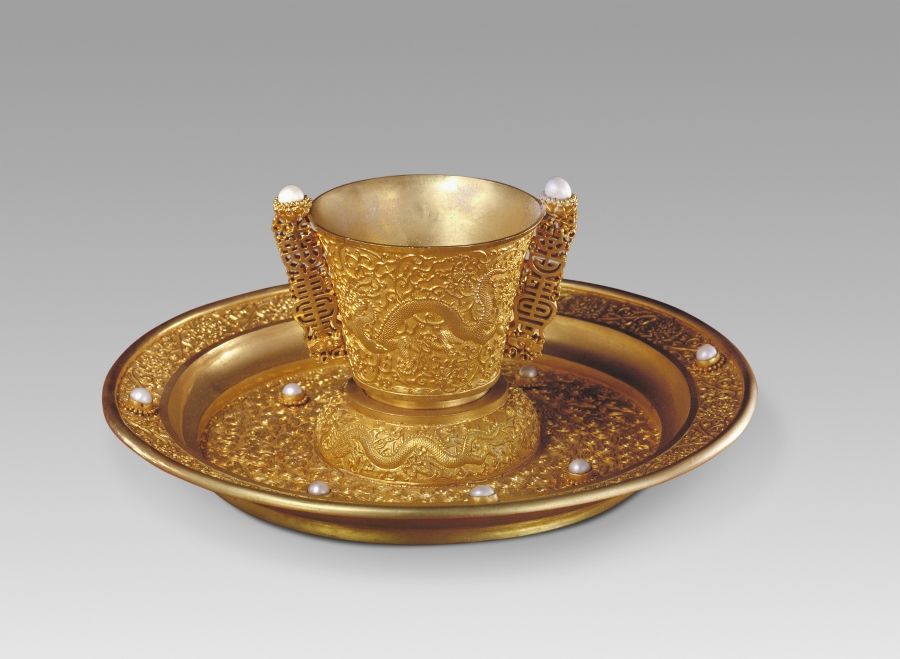 ‘Do you have tickets?’ we were asked over and over as my lucky +1 and I were guided to the end of the parking lot at Mornington Racing Club. Turns out the very first Peninsula Picnic was entirely sold out. And no wonder — the weather on Sun. 29 March was one of those perfect autumn days where you wanted to be outside (and avoiding the Cricket World Cup final). The food and drinks were fabulous, with Matt Wilkinson of Pope Joan alongside wineries galore — not your usual festival fare. I loved that my longtime faves The Pierce Brothers played, too. The only quibble was the space was far too small for a relaxed picnic, like what Ruki experienced at I’m New Here. Next year I hope they’ll move to the larger part of the Racing Club to maximise the space. I’ll be back to check…and enjoy. – Theresa

The Church Of Bang Bang Boogaloo

Melbourne just gained a Vegas style ‘tie-the-knot’ quirky church, The Church of Bang Bang Boogaloo. Tucked away in a long-abandoned gem behind ₤ 1000 Bend, Jerome Borazio’s team has had a field day turning the building into a flower-filled ode to Vegas. I must say, the abandoned building adds an air of decrepitude which gives this place a nice Melbourne feel. The flower decorations from Quertier Flowers were gorgeous and the pizza from the newly-established Slice Girls would make Elvis proud. Going forward, the chapel will be available for event functions. I’m not sure if Elvis is on call, but during the launch party we bonded whilst raiding the candy bar… – Ruki 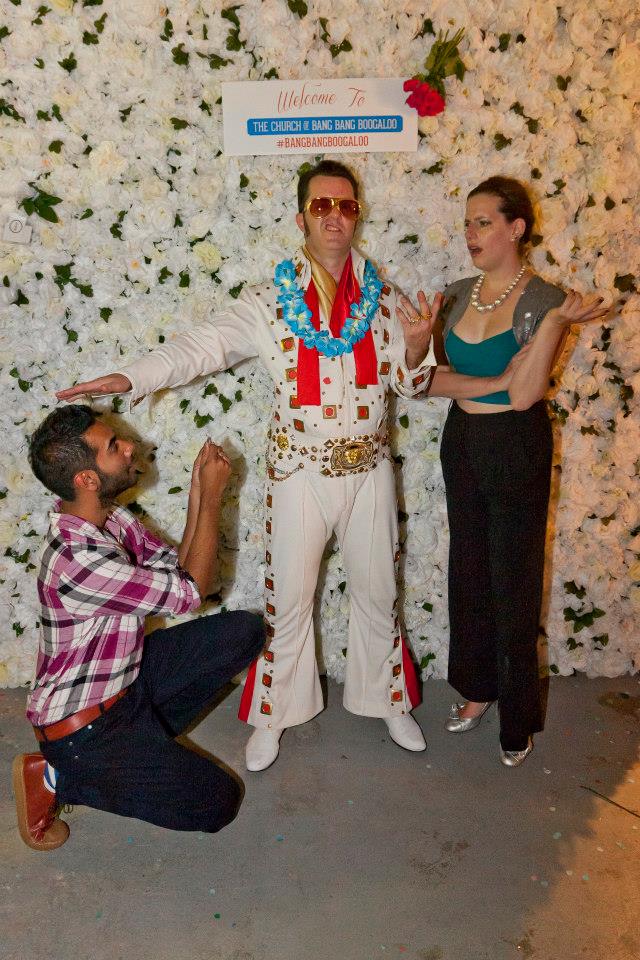 Ruki proposes to Elvis while Theresa looks on

Museums, picnics, gardens, beer, and Ruki proposing to Elvis. That was our March. How can April possibly live up to its fun?

Disclosure: The Plus Ones were invited guests of Forester’s Hall, Haystac Communications, the NGV, and iD Collective.