Win one of ten double passes to x+y in our competition!

Morgan Matthews’ first feature film, x+y, is as visually compelling as it is emotionally provocative. Inspired by his BAFTA award-winning documentary, Beautiful Young Minds, Matthews has created characters so realistically complex that one can’t help but be drawn into their individual journeys. 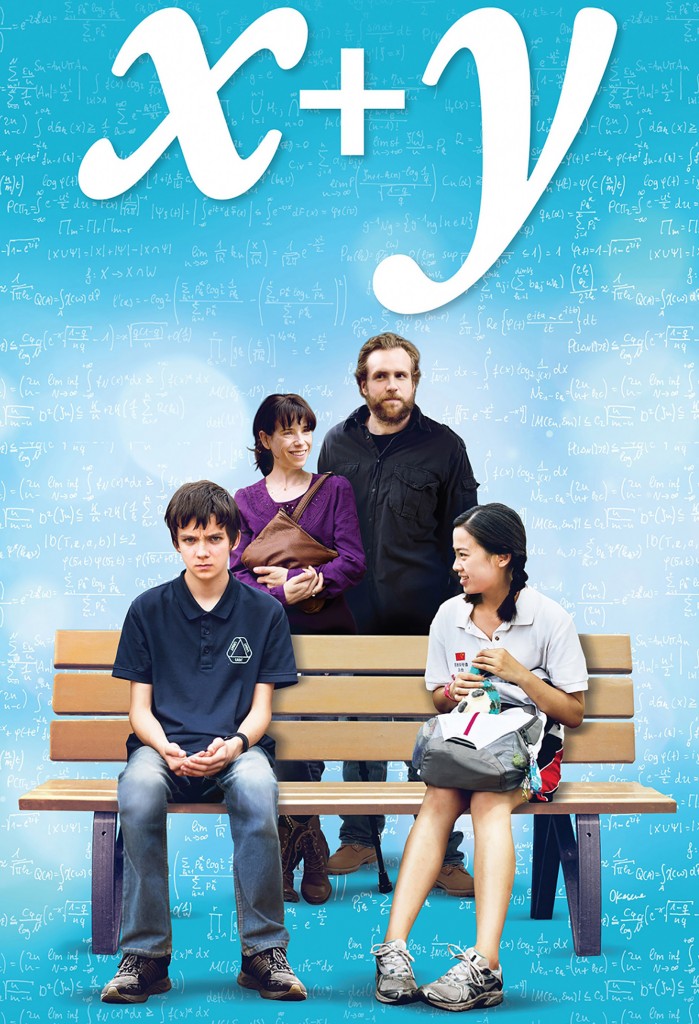 The film follows Nathan (Asa Butterfield; Hugo, The Boy in Striped Pyjamas), a child haunted by the death of his father—who also happens to be a mathematical prodigy. Fascinated by the world, but reluctant to make connections, Nathan’s relationship with his mother (Sally Hawkins; Blue Jasmine) is far from functional. Although it is never directly addressed, Nathan’s emotional distance is explained by his being somewhere on the ‘spectrum’.  Refreshingly, this aspect of the story is not laboured but somewhat understated. Guiding Nathan along the way is his teacher Mr.Humphreys (Rafe Spall; Life of Pi), who identifies with Nathan’s social isolation and hunger for mathematical success.

Jumping forward, we see Nathan training for the International Mathematical Olympiad in Taipei—a stark contrast to the lush greenery of Sheffield, England where the family is from. Startled by the unfamiliar, Nathan is forced to decide whether to soldier on, or give in to his behavioural impulses.

Fundamental to his Taiwanese passage is the relationship he forms with his Chinese ‘buddy’ Zhang Mei (Jo Yang) which leaves him asking the question: ‘Is there a formula for love?’ (It turns out there isn’t.) There is however, a formula to this film—we all know how it’s going to end.

Predictability aside, x+y left me reflecting on the deeper issues it presented—and to my surprise, wishing it had gone for longer. The ending seemed a little rushed, with the majority of resolutions occurring in the last five minutes.  Because the characters were so engaging, it would have been nice to see more of the improving relationship between Nathan and his mother.

The acting in this film was remarkable. Asa Butterfield’s performance as Nathan was mesmerising. If he didn’t already have an impressive resume, then this film would certainly have added to it.

Littered with comedic one-liners and a solid mise-en-scene backdrop, x+y is sure to tick the boxes of a range of audiences. Perhaps Morgan Matthews should venture into feature film more permanently—because he sure is good at it.

-Ruby
Ruby Frost is a PR student who has a thing or two to say about the latest and greatest. Twitter: @frost_ruby

x+y is in cinemas nationally from 9 April 2015.
Win one of ten double passes in our competition! (Ends 7 April.)

Disclosure: The Plus Ones were guests of ned&co.

‘Do You Speak Chinese’ at the Malthouse Theatre

Melbourne 2015 Queer Film Festival: The Plus Ones’ Guide